VIDEO: Ass Got To Hurt: Would-Be Assassin Taken Down In Gun Battle With Russian Agents

Hitmen were allegedly hired by a hotel tycoon's brother, who wanted to take over his business.
By Joseph Golder January 24, 2022
Facebook
Twitter
Linkedin
Email 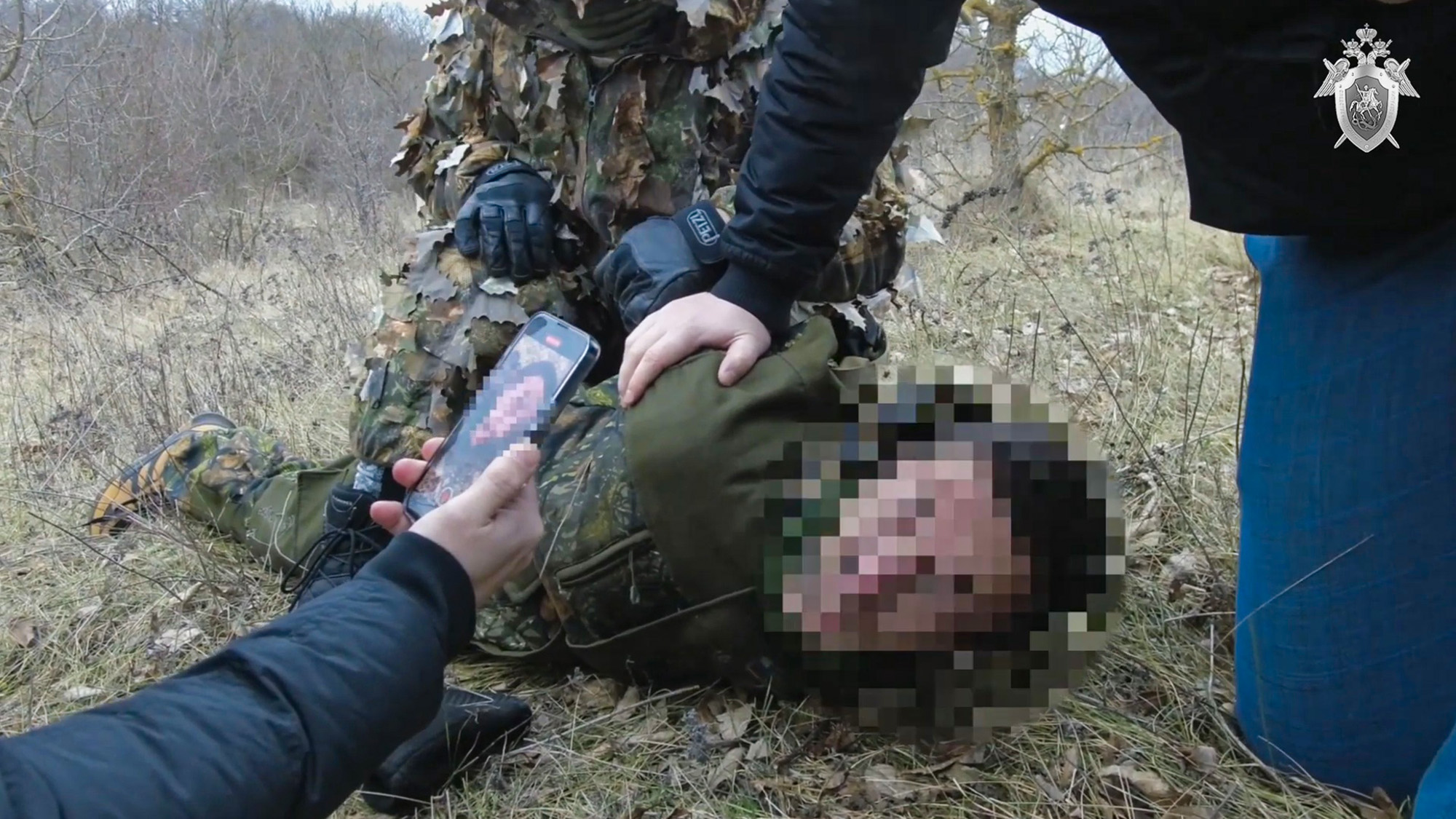 One of the members of a criminal group accused of preparing to murder a businessman was arrested in Crimea, Russia, in January. (Investigative Committee of the Russian Federation/Zenger)

The Federal Security Service of Russia arrested men suspected of attempting to assassinate a hotel businessman in a gunfight in a forest.

The arrest was announced by The Investigative Committee of the Russian Federation for the Republic of Crimea and the City of Sevastopol on Jan. 19.

The hitmen were reportedly hired by a member of an unnamed businessman’s family, a relative who wanted to take control of his Crimean hotel, also unnamed.

The incident took place in an unspecified location in Crimea, which has been under Russian control since its annexation from Ukraine in 2014. The hotel is located in the city of Alushta, on the southern coast of the Crimean Peninsula.

Footage shared by the Russian authorities reportedly shows Federal Security Service agents taking part in a gunfight with the suspects.

The gunfight takes place in a wooded area and footage shows the Russian agents apparently advancing on the suspects’ vehicle while under fire. They can be seen returning fire. The video subsequently cuts to one of the suspects being detained by the authorities.

The footage then shows the authorities having gone through the suspect’s belongings. They also search the vehicle. At the end of the video, the suspect put his items back in his backpack while wearing handcuffs.

A second video shows another suspect being apprehended by the Federal Security Service. The unnamed suspect is seen talking with another man when the agents jump out of a four-wheel drive and wrestle him to the ground before handcuffing him. It is unclear how many suspects the authorities detained over the alleged assassination plot.

The investigative committee said in a statement that authorities have “charged members of a criminal group with organizing and complicity in preparing for the murder of an entrepreneur.”

The authorities said the plot had been ongoing since November and the criminals had been offered a reward of 1 million rubles ($12,640).

“According to the investigation, in the period from November 2021 to January 2022, a resident of the city of Alushta had a criminal intent aimed at killing an entrepreneur. To do this, he sought out the perpetrators of the crime, offering them a monetary reward in the amount of RUB 1 million,” they said.

Authorities said the arrested men had been paid some money in advance and expected the rest once the contract was completed.

The defendants have been taken into custody pending trial. The criminal investigation is ongoing.