The Daisen Kofun is the largest of the legendary emperors' tombs and is essential to the Shinto religion.
By Martin M Barillas January 24, 2022
Facebook
Twitter
Linkedin
Email 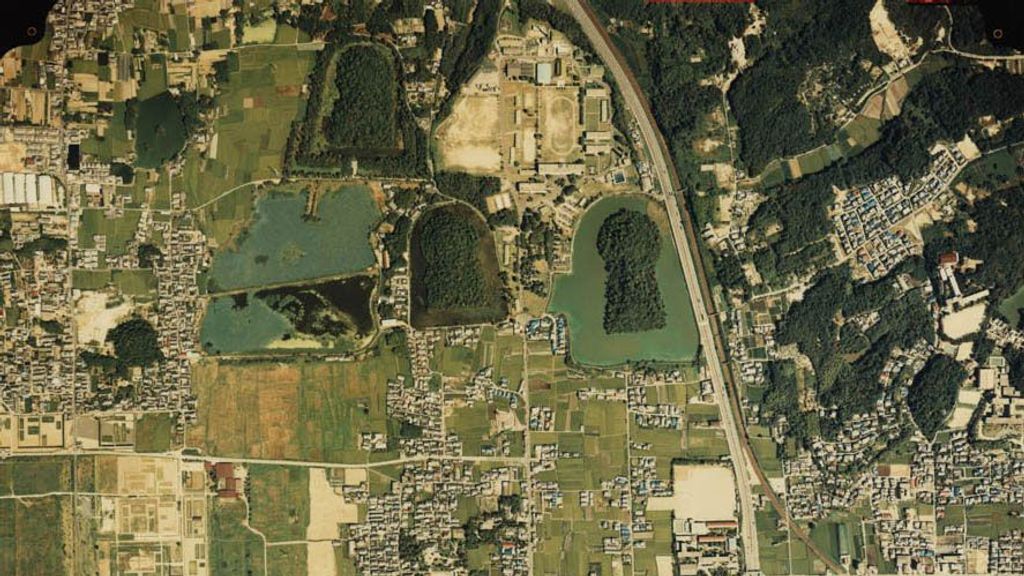 Italian experts conducted an unprecedented study of mysterious Japanese tombs, long off-limits to outsiders, to reveal a mystical connection for the early emperors of Japan believed to be buried in them.

Hundreds of ancient burial mounds are found throughout the islands of the Japanese archipelago. The largest of these burial mounds, known as Kofun, are shaped like keyholes, surrounded by moats. These tombs were raised between the 3rd and 7th centuries. The most imposing ones memorialized the island nation’s legendary first emperors. Lesser officials merited smaller tombs.

The Daisen Kofun is among the largest monuments ever built in the world, measuring about 1,600 feet in length and 118 feet in height. It is located in Sakai, a city in Osaka prefecture. It is considered to be the final resting place of the 16th legendary emperor of Japan, Nintoku, though the actual site of his remains is unknown. While he is believed to have reigned from A.D. 313–399, there is no firm record that he actually existed. There is no written record for the Daisen Kofun nor for any of the other such tombs.

Excavations are rare and limited to the smaller mounds, since the largest are considered the tombs of the first legendary emperors and, as such, are strictly protected by Japanese law. Some of the monuments are also on the UNESCO World Heritage List.

Researchers at Polytechnic University of Milan analyzed the orientation of the tombs, using high-resolution satellite imagery. They found that they are oriented toward the rising sun — the goddess Amaterasu — to whom Japan’s emperors have been linked as the mythical originator of their dynasty. The study was published in the journal Remote Sensing.

Today the tombs are usually fenced in. Entry beyond the wire is forbidden, thus preventing accurate measurements of the size, height and orientation of the monuments.

But the researchers said high-resolution satellite imagery offered deeper knowledge of the relationship of the tombs with their environment, especially with the heavens. With this powerful tool, the researchers calculated the orientation of more than 100 Kofun.

They concluded that the entrance corridors of the Kofun are strongly connected with the arc in the sky where the moon and the sun are visible every day of the year. The very largest of the keyhole-shaped Kofun are oriented with the arc of the rising or shining sun. But the Daisen Kofun is oriented toward the rising of the sun at the winter solstice. This is in agreement with Japanese tradition touching on their semi-divine emperors.

The emperors of Japan, who were once called Mikado, are considered direct descendants of the sun goddess, according to the Shinto religion. The current emperor, Naruhito, 61, rose to the throne in 2019 as heir to the world’s oldest continuous hereditary monarchy. Known as “Tenno”, or Emperor of God, Naruhito is the only head of state in the world to bear the title “Emperor.”