Would-be child snatcher was seized by police after following the mother to the car park demanding the infant.
By Joseph Golder January 24, 2022
Facebook
Twitter
Linkedin
Email 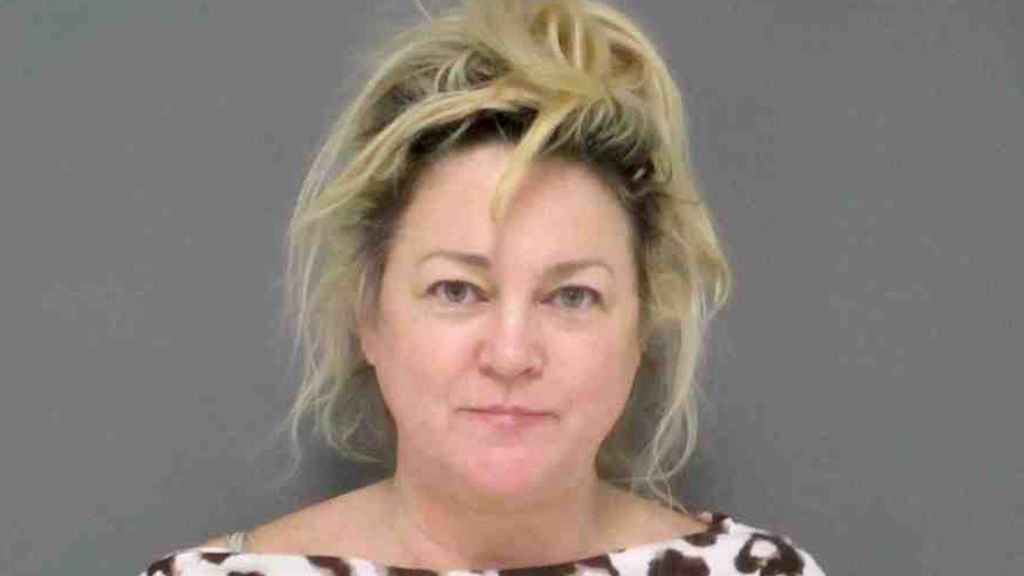 Rebecca Lanette Taylor, 49, of Crockett, Texas, was arrested on Jan. 13 after police say she offered a mother $500,000 to purchase her son “because she wanted him,” then continued to harass the woman after her offer was refused. (Crockett Police Department/Zenger)

A woman in Texas has been arrested for allegedly trying to buy another Walmart shopper’s son for $500,000.

The incident took place in Crockett, Texas, on Jan. 13. The alleged aggressor, Rebecca Lanette Taylor, 49, was arrested on Jan. 18.

Taylor was taken into custody by the police and charged with the offense of the sale or purchase of a child, a third-degree felony.

Lt. Ahleea Price of the Crockett Police Department was on patrol on Jan. 13 when she received a call from the mother of the child saying a “white woman with blonde hair approached her in the Crockett Walmart, wanting to purchase her son,” according to an affidavit of probable cause obtained by The Messenger.

The mother, who has not been named, explained she was waiting to scan her purchases at a self-checkout, with a baby sitting in a car seat and a 1-year-old sitting in the shopping trolley.

She said the woman came up to her and began talking about her son’s “blonde hair and blue eyes,” and asked how much she could purchase him for.

The mother tried to laugh the comment off, believing it was a joke. The suspect reportedly told her she had $250,000 in her car in the parking lot.

The mother declined, but before she could leave the supermarket, the woman, who the mother said was with an unnamed Hispanic woman, asked her child’s name.

Despite declining to disclose it, the women apparently knew it and started calling the child by it.

The mother left the Walmart, but she said the two women followed her to the parking lot, where the suspect, identified as Taylor, allegedly began screaming at the mother that she would give her $500,000 for the child “because she wanted him, and she was going to take him.”

The mother locked both children in her car and stood her ground. Eventually, the two suspects left the scene in a black SUV.

Lt. Price reviewed the surveillance video from Walmart and reported in the affidavit it appeared to confirm the mother’s story. She then.went to Taylor’s home address to question her. The officer said in a report: “She told me that she doesn’t like thieves, then she stated I could speak with her attorney and to get off her ‘precipice.’ She slammed the door shut.”

Lt. Price secured an arrest warrant for the suspect from Houston County District Attorney Donna Kaspar. Taylor was arrested and taken into custody.

«Previous Post
VIDEO: Bearing Up: Brown Bear Wakes Up Early From Winter Sleep And Takes Stroll In The Snow»Next Post
VIDEO: Ass Got To Hurt: Would-Be Assassin Taken Down In Gun Battle With Russian Agents