Snow was also brought indoors so the lemurs could enjoy it.
By Lee Bullen January 23, 2022
Facebook
Twitter
Linkedin
Email 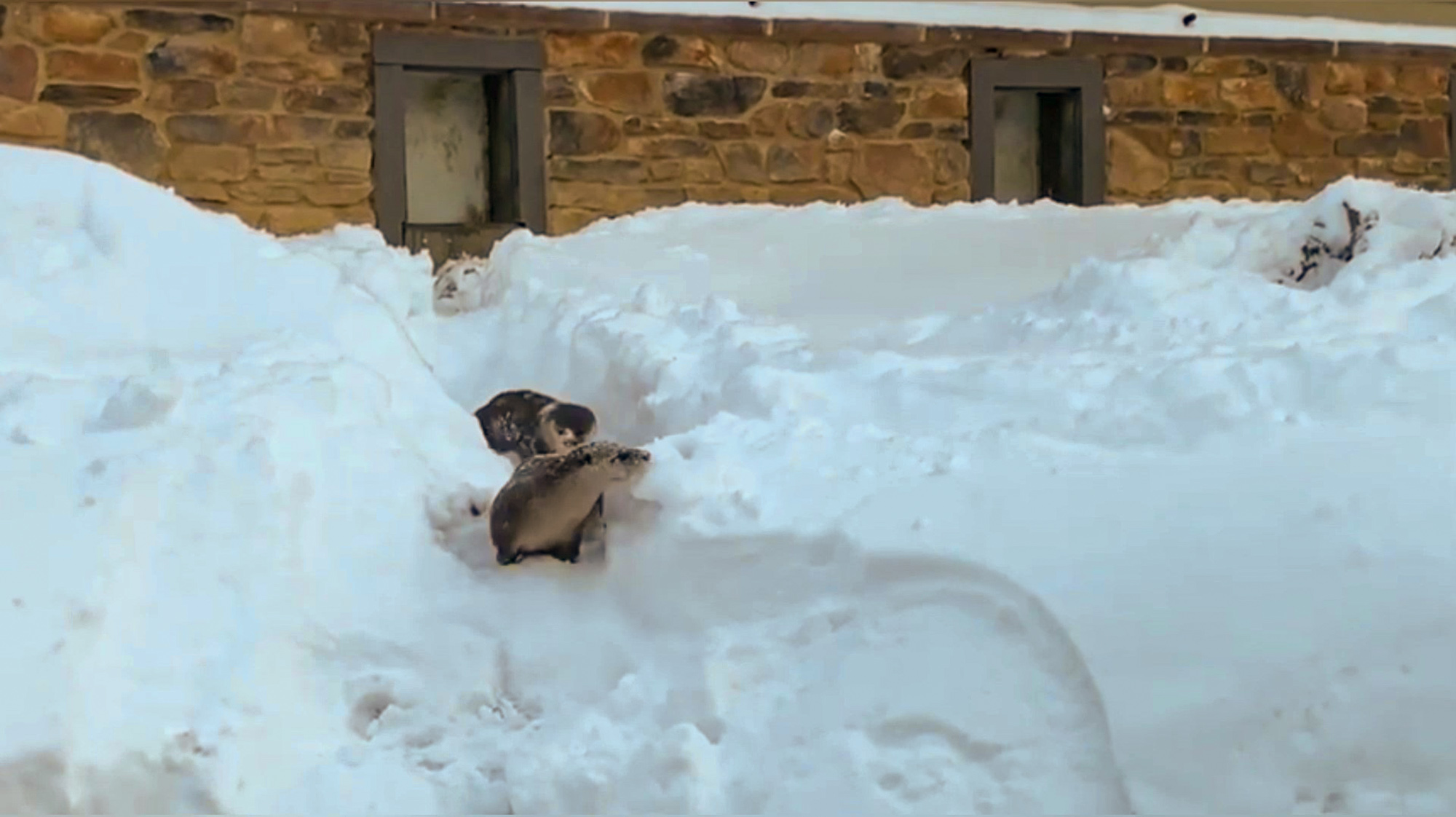 Some of the animals at the Akron Zoo in Ohio loved the season's first significant snow this week. (Akron Zoo/Zenger/TMX)

Bears, big cats and red pandas frolicked in the deep snow at an Ohio zoo after a recent storm.

The wintry scenes were filmed at Akron Zoo, which said the animals all had “a blast” in the snow.

The video shows a snow leopard, grizzly bears, river otters, red panda, and other animals having what appears to be lots of fun in the elements.

Akron Zoo said in a message accompanying the video: “Snow day! Our animals were able to play in all the snow today for the first time since the snow storm. Some of the animals had a blast!

“River otters Molly and Stratton were having their best day! This is Stratton’s first experience with snow as he moved here last spring from Louisiana. Molly showed him how an otter plays in the snow.

“Red panda sisters Coco, Lulu and Penny were having fun playing and running with each other. Grizzly bears Jackson and Cheyenne woke up long enough for a wrestling session. Snow leopard Tai Lung didn’t really seem to care,” the zoo said.

“And because all the animals should have a chance to play in the snow, the keepers brought snow inside for the lemurs to enjoy!”

The zoo also said for its followers: “We hope you’re enjoying your snow days as well!”

The zoo dates to the early 1900s, according to its website, “and the gift of Perkins Park to the City of Akron to be used for ‘the enjoyment of children’. Two brown bears were donated, and a facility appropriate for the era was built in the park.

In 1950, a museum of natural history was incorporated, and in 1953, the museum was expanded to include the Akron Children’s Zoo, a menagerie of Mother Goose themes.

“In 1980, the board of directors finalized contractual agreements with the City of Akron and became one of the first zoos in the country to privatize and become a non-profit organization. Mother Goose displays were changed to more natural exhibits, and animals from the Americas were added to the collection. The zoo’s name was changed to the Akron Zoological Park,” the zoo’s website states.