The German raccoon is housebroken and shares her home with cats, dogs and other raccoons.
By Lee Bullen January 22, 2022
Facebook
Twitter
Linkedin
Email 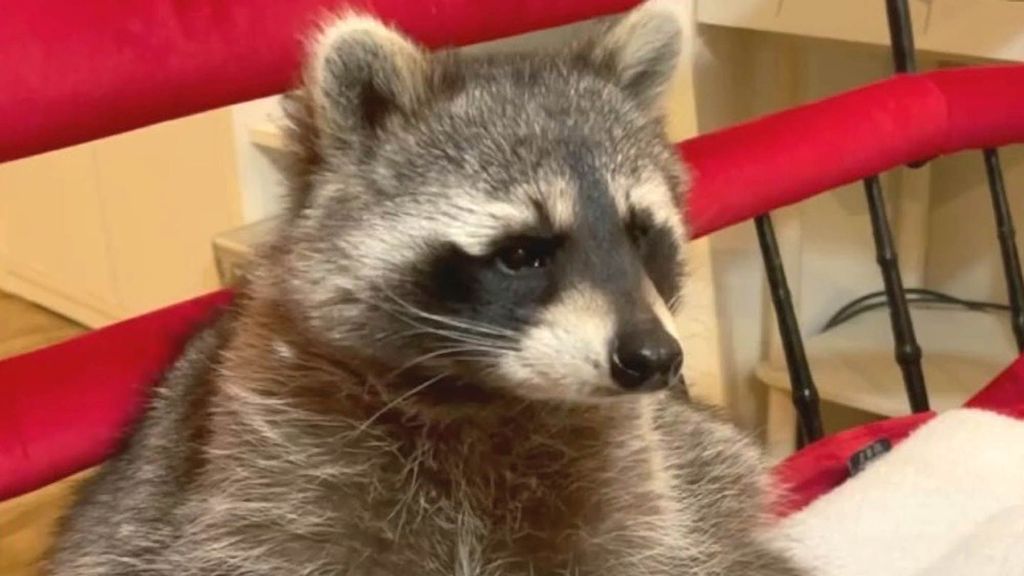 Fritzi the raccoon has become an online sensation after being rescued by a Berlin vet as a baby, known as a kit.

Female Fritzi has been living with veterinarian Mathilde Laininger and Nadja Michael in the German capital since being found by children at a few weeks old.

The raccoon’s loving carers set up an Instagram page called Fritzi the Rescue Raccoon that boasts nearly 10,000 followers. They share images of Fritzi’s everyday life with fellow raccoons Marvin and Paul, Anouk the dog, and cats Bruno and Miro.

“Raccoons are as tame as cats and can absolutely be housebroken,” said the vet, whose home has been converted to house raccoons.

“When a raccoon is bottle-fed, it trusts us humans very much,” she said.

Laininger has a special permit for keeping raccoons, but said she does not see her home as an animal sanctuary and will only care for animals she is permitted to treat. However, she would like to create a raccoon association in the city.

Fritzi’s co-carer Nadja Michael said: “Before the coronavirus lockdown, she spent a lot of time in the fresh air going for swims in rivers, hiking in the mountains, or traveling to nature spots during the warmer months.

“Fritzi loves dried dates and avocados the most, along with grapes and nuts. She is a bit shy, but when people she doesn’t know bring her a few peanut flips, she loves everyone.”

“She likes to play with Anouk the dog in the garden before enjoying a long doze in the cat’s basket,” Michael said.

Raccoons are not native to Germany. They were originally imported from North America for their fur, and in the last several decades thousands have migrated from Germany’s forests to its cities. Today, the raccoons are spreading across Europe.

In the wild, raccoons are solitary animals, save for the breeding season, which runs from January to June. They eat meat and vegetables and favor grasshoppers, nuts, berries, mice, squirrels and bird eggs. Raccoons are opportunistic, nocturnal feeders and skillful at stealing food from garbage cans in parks and neighborhoods, thanks to almost hand-like paws.

Females like Fritzi usually deliver one litter a year, with three to seven kits per litter. The gestation period is about two months. The offspring stay with their mother for their first winter, then venture out on their own in spring.

Adult raccoons weigh 15 to 40 pounds and are around 3 feet long, including its tail.