Kids under 4 were systematically given small doses of peanut protein, and the youngest showed the best results.
By Martin M Barillas January 22, 2022
Facebook
Twitter
Linkedin
Email 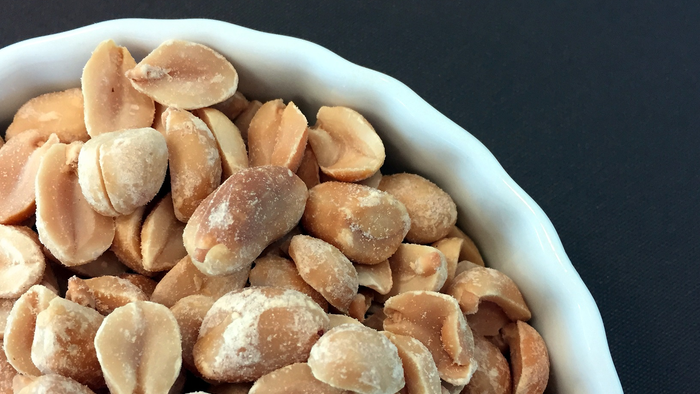 A new study addresses peanut allergy, which affects 2 percent of children in the U.S. and has potentially fatal consequences. (National Institute of Allergy and Infectious Diseases)

Allergic reactions to peanuts can be fatal, but a new trial dubbed IMPACT showed that a majority of peanut-allergic children under the age of four achieved desensitization after receiving experimental immunotherapy, and one in five achieved remission.

Around 2 percent of children in the United States have peanut allergy and most remain allergic throughout life. Advised to avoid peanuts to avoid a dangerous anaphylactic reaction, the danger of accidental exposure nevertheless remains. A life-saving epinephrine injection can help.

The trial recruited 146 peanut-allergic children ages 1 to 3 to participate. Some were given small amounts of peanut protein powder that gradually increased to 2,000 milligrams daily (roughly equal to six peanuts) under supervised conditions for 30 weeks. Some were randomly assigned to be given a placebo powder.

For the next two years, the children were given a daily dose of the peanut or placebo powder. After that, the children underwent an oral food challenge in which they received gradually increasing doses of peanut protein up to a cumulative maximum of 5 grams., equivalent to about 16 peanuts.

They then stopped treatment and avoided peanut for six months.

The children then underwent a second food challenge with 5 grams of peanut protein powder. Those who did not have an allergic reaction were given about two tablespoons of peanut butter on a different day to confirm remission.

At the end of the treatment period, 71 percent of children who received the peanut protein were desensitized to peanut, meaning they could consume 5 grams of peanut powder during the first food challenge without having a reaction. After six months of avoidance 21 percent of the children were able to do the second food challenge without having a reaction, which the researchers define as remission.

That one out of five children achieved remission is a major breakthrough, according to the authors of the study, published in The Lancet, but results are even better among those who started the trial at younger ages.

Previous studies had been done on school-age children and young adults, also involving gradually increasing doses of the allergen in order to reduce reactions.

“It has been suggested that intervening in early life when the immune system is still developing may prove more effective than intervening in later life,” said study author Dr. Stacie Jones of the University of Arkansas.

“As the first large study in a preschool age group to test earlier interventions, we found that the treatment induced desensitization in a majority of peanut-allergic children and around one in five achieved remission. We also saw an additional one in five children whose peanut tolerability did not reach our threshold for remission but still increased significantly after treatment,” Jones said.

For the most part, parents dosed the peanut powder at home. But when dosing was increased, it was under observation at one of the five academic medical facilities involved.

Any reactions were recorded throughout the trial, while the children were also tested to measure immunologic biomarkers corresponding with peanut allergy.

Nearly all the children who consumed the peanut flour had at least one mild or moderate dose-related reaction during treatment. Of the children in the study, 21 were administered the rescue drug epinephrine for 35 moderate reactions to peanut flour during the treatment period.

Dr. Wesley Burks of the University of North Carolina-Chapel Hill said that peanut allergies “can restrict peanut-allergic children’s freedoms” in schools and daycare facilities where food may not always be safe.

“Although peanut oral immunotherapy at any age is not without some risk of an allergic reaction, this is a reasonable treatment consideration for very young children with peanut allergy, guided by an allergy specialist, in the context of shared decision-making,” said Dr. Matthew Greenhawt of the University of Colorado School of Medicine, who was not involved in the study. “Oral immunotherapy has the potential to help manage disease through treatment, not fear and avoidance.”