High Court in Spain freed the suspect, citing that his fundamental rights were violated during his arrest.
By Joseph Golder January 21, 2022
Facebook
Twitter
Linkedin
Email 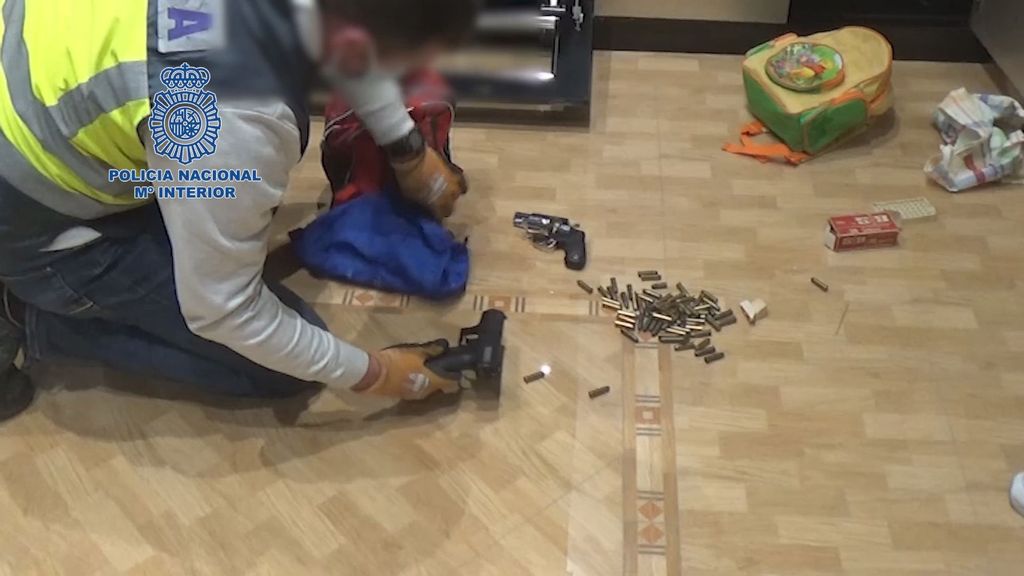 Some of the weapons police seized when they arrested an alleged drug kingpin in Toledo, Spain, on Jan. 16. Police also seized 121 pounds (55 kilograms) of heroin, luxury cars and cash. (Spanish National Police/Zenger)

A suspected heroin kingpin dubbed the “Spanish Pablo Escobar” is free three days after his arrest after a judge failed to provide his lawyer with information essential to the case, ABC newspaper in Spain reported.

The suspect, identified only as Francisco HG, was arrested on Jan. 16. Police described him as the ringleader based in Toledo who made “large imports” from the Netherlands. He is accused of distributing heroin to parts of central and western Spain.

The High Court of Justice of Castilla-La Mancha freed the suspect, citing that his fundamental rights were violated during his arrest.

The judge in the case did not provide the suspect’s lawyer with the necessary information to be able to challenge the detention of Francisco HG, ABC reported.

This alleged failure by Judge Justo Gallardo represents a violation of the suspect’s basic rights.

The Provincial Court of Toledo revoked on Monday the order issued by the Court of Instruction No. 4 of Torrijos, annulled the detention of the alleged drug trafficker, and agreed with his lawyer that he should be released immediately.

In its five-page ruling, the Toledo court said that there was nothing that could possibly have justified the decision by the judge not to grant the suspect’s lawyer’s request for access to essential elements of the case. In so doing, it was impossible for the suspect’s lawyer to dispute the client’s detention, leaving the judiciary with no other choice than to release him.

Three other suspects were also reportedly freed for similar reasons.

The chief prosecutor of Toledo, Antonio Huelamo, in a statement to ABC, said that the anti-drug prosecutor “believes that he acted correctly, as is done in secret cases.”

He said the case would be studied carefully, and that the Prosecutor’s Office “will carry out a reassessment of the deficits that may have been committed, to correct them,” and request that the suspect be remanded in custody again.

It is unclear if the suspect is subject to a travel ban.

The “Spanish Pablo Escobar of heroin,” as police referred to him, was arrested on Jan. 16.

Pablo Escobar was the notorious Colombian drug lord who was the founder and sole leader of the Medellín Cartel. He died in a shootout in 1993. Cocaine trafficking made Escobar one of the wealthiest men in the world.

Police raided eight properties in Madrid, Toledo and Caceres and arrested nine other people — six men and three women. They also raided a car dealership and a car repair shop in Caceres.

The raid that led to the arrest of the alleged kingpin was among the biggest busts in recent years, police said.

Police said they seized 121 pounds (55 kilograms) of heroin that had reportedly arrived in the country from the Netherlands. They also seized guns, luxury cars and cash.