After the driver admitted causing serious injury by dangerous driving, the judge called for an immediate prison term. 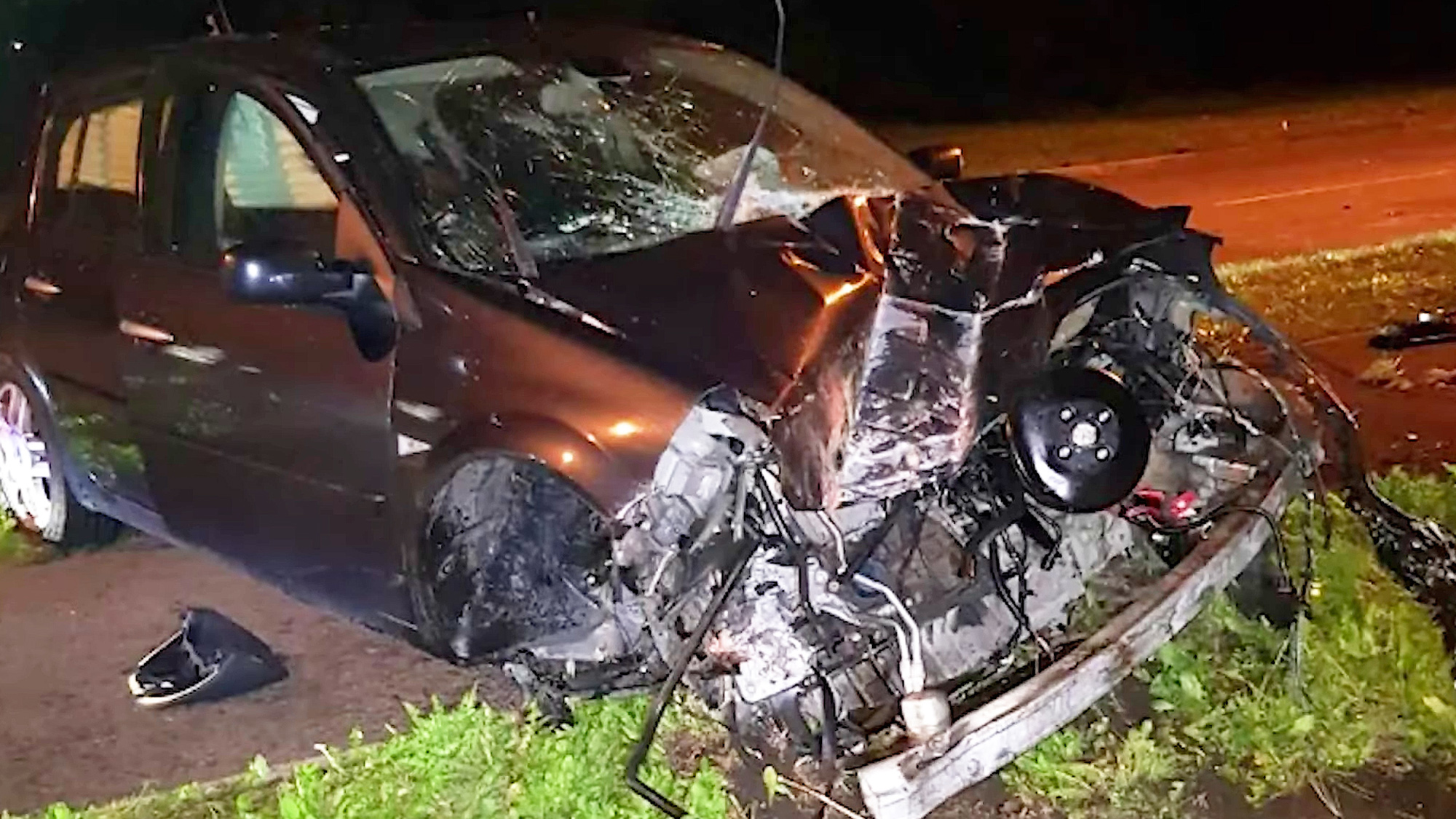 The vehicle destroyed by the crash due to David Head's drug and alcohol use combined with speeding in Sussex, England, in 2020. (Sussex Police/Zenger)

A man from West Sussex, England, has been jailed for two years and seven months and his driving disqualification, already in effect, was extended to three years and three months to reflect the time he will serve in prison, Sussex Police reported on Jan. 19.

Police found a dashboard camera in the car that showed the vehicle going nearly 75 mph in a 30 mph zone, dangerous overtaking, driving through red lights, and the vehicle mounting the curb, Sussex Police said in their report accompanying the video.

The footage shows the car coming off the road as it rounds a bend. The video cuts away a split second before the final impact, which is seen in police photographs.

“I examined the dashcam footage from the vehicle involved in this incident, and it was shocking,” said Police Constable Christina Lane. “The driving was dangerous from the start of the journey until the crash, and included driving at grossly excessive speeds throughout.

“There were several near misses with other vehicles,” Lane said, “and the vehicle is even shown to mount the pavement and central reservation on a dual carriageway.

“That mounting of the pavement early on in the journey should have been warning enough, but Head continued to drive, eventually crashing into a garden wall and leaving his front seat passenger with near fatal injuries. The risk to other members of the public on the roads was astounding. It’s a miracle there weren’t more victims of Head’s recklessness.”

Head told police at the roadside he had consumed a bottle and a half of wine before driving.

“Then last week, Head appeared before Lewes Crown Court on Jan. 6 where he admitted causing seriously injury by dangerous driving.

“The judge said the offense was so serious that only an immediate prison term could be justified.”

Head has been jailed for two years and seven months.

“Head put his own life, the lives of his passengers and the lives of everyone else at risk when he got behind the wheel of his car,” Lane said.

“Officers have been working hard during the winter campaign to crackdown on drink and drug drivers. They are one of the main causes of why people are killed or seriously injured on our roads. So this sentence demonstrates that those who consume alcohol and drugs and then get behind the wheel will face the consequences.

“We are determined to catch offenders and ensure are roads are safe for our communities,” Lane said.