Pig-To-Human Kidney Transplant Is Another Step Closer After Trial

In a first, pig kidneys were transplanted into a brain-dead human recipient for a successful trial run. 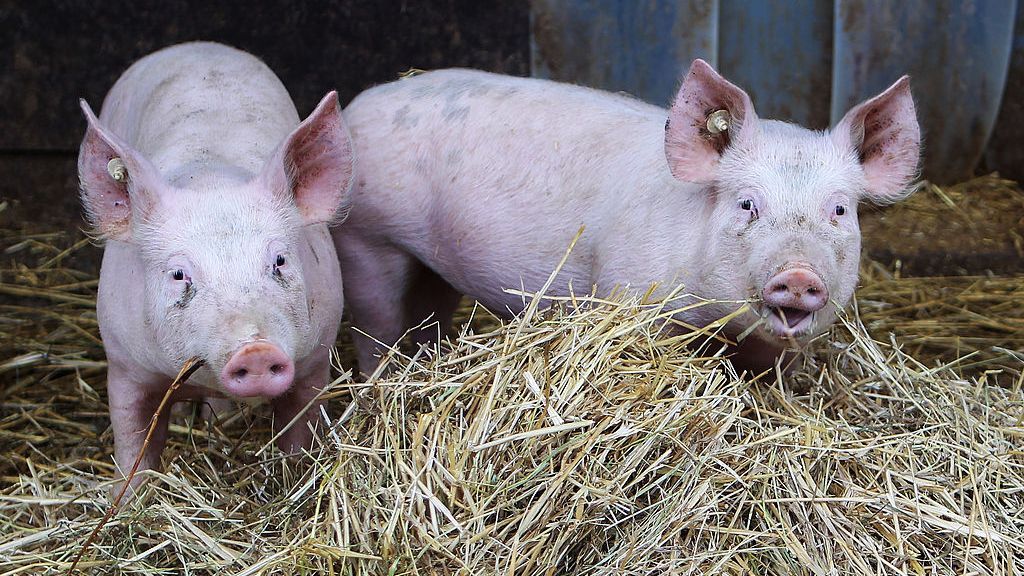 The kidneys of a genetically modified pig were transplanted into a brain-dead human recipient for the first time. The trial is expected to help perfect the xenotransplantation process for future trials. Doctors say xenotransplantation could help address the shortage of human organs available for transplants. (Joern Pollex/Getty Images)

Surgeons at the University of Alabama at Birmingham (UAB) published a paper about their successful transplant of genetically modified pig kidneys into a “brain-dead,” or severely brain-damaged recipient.

Xenotransplantation, when non-human organs are put into a human being, can address a global shortage of human organs, the doctors said. Trials on other patients are expected by next year.

The study was published in the American Journal of Transplantation. Dr. Selwyn Vickers, dean of the UAB Heersink School of Medicine and CEO of the UAB Health System and UAB/Ascension St. Vincent’s Alliance, said the procedure was a “remarkable achievement for humanity” that will advance xenotransplantation into the clinical realm.

Pig organs are about the same size as human organs. Brought from a pathogen-free environment, the humanized pig kidneys had 10 key gene edits making them more compatible with human beings. The xenotransplanted pig kidneys filtered blood, produced urine and were not immediately rejected by the recipient’s body. They remained viable for more than 70 hours.

Calling it a “paradigm shift,” Dr. Jayme Locke, the lead surgeon for the study, said the transplant represents a “milestone in the field of xenotransplantation, which is arguably the best solution to the organ shortage crisis.”

“We have bridged critical knowledge gaps and obtained the safety and feasibility data necessary to begin a clinical trial in living humans with end-stage kidney failure disease,” she said.

“This study provides knowledge that could not be generated in animal models and moves us closer to a future where organ supply meets the tremendous need,” Locke said.

While the recipient was not an ideal environment for kidney function, the experiment identified where more research is needed before xenotransplantation can be used clinically. The experiment also sought to find any life-threatening complications. Due to the biological differences between humans and pigs, previous xenoplantations into non-human primates left gaps in knowledge about how to treat humans.

“By actually doing this transplant,” said Locke, “we were able to show that you could take a kidney from a pig that had been genetically modified, put that into an adult brain-dead human and actually have it hold its integrity.”

Locke said the team watched “with bated breath” when it restored the kidneys’ blood flow but saw that they soon “turned beautiful and pink, and within 23 minutes … started making urine.”

Just as when transplanting organs from human donors to human recipients, rejection is a problem when transplanting pig organs into humans. While gene editing of pigs has reduced immune rejection, according to the team, only human xenotransplantion trials can reveal whether a humanized pig kidney can avoid rejection.

As in cases of a transplant from a living human donor to an end-stage kidney disease recipient, the team did a cross-match for the pig kidney xenotransplantation to reveal whether the donor organ was compatible with the recipient’s immune system. To do so, they did a novel test to screen stored human recipient serum to establish positive and negative controls, the first time this has been accomplished.

“Now we have evidence that this cross-match we developed is very accurate and can predict compatibility between the pig [kidney] and the human recipient,” Locke said.

The team thanked Jim Parsons, 57, the recipient of the pig organs, and his family for participating in the experiment. While he was a registered organ donor, his organs were not suitable for donation. He was kept on a ventilator at UAB during the experiment until natural death. Parsons’ ex-wife, children and mother allowed the study to go forward after being approached by Locke and the Legacy of Hope organ donation network.

“Brain death,” according to Johns Hopkins Medicine, is defined as “Irreversible cessation of all functions of the entire brain, including the brain stem.” Controversy has swirled over this definition and the ethics of removing organs from living persons with severe brain injury to be transplanted into recipients.