Frostbite can lead to deep tissue damage, infection and amputation of limbs. 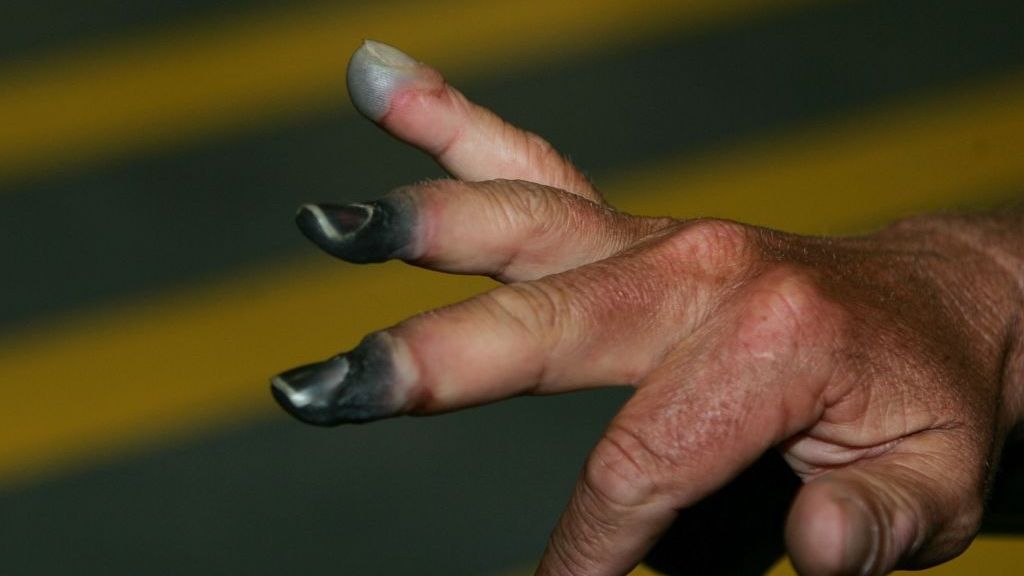 Exposure of unprotected skin to extreme cold can lead to frostbite, the painful and often dangerous formation of ice crystals in the skin. Apart from covering up with adequate clothing, a preventative measure has been elusive until now.

Scientists have developed an ointment that prevented frostbite in lab mice when applied to the skin 15 minutes before exposure to cold. They reported their findings in ACS Applied Biomaterials, a journal of the American Chemical Society.

Frostbite can lead to severe injuries and limb amputations, especially in cold, remote regions far from the necessary medical services. But skiers, hikers, soldiers and others can also experience milder frostbite on exposed noses, cheeks or ears, which may result in scarring.

Frostbite kills skin cells, as well as muscle and bone tissue, and can result in permanent nerve damage. While rapid rewarming of an affected limb can reverse tissue freezing, the effort may come too late if many cells have already died.

Trying to stay warm has been a priority throughout recorded history, from the use of animal skins to the advent of woolen clothing. Nowadays, technology offers solutions such as heated clothing or even transgenic antifreeze proteins, but these strategies are often impractical, expensive and raise safety issues.

Lead researcher Munia Ganguli, a biotechnologist with Genomics and Integrative Biology in India, has worked on a system for delivering a nanometer-sized peptide carrying plasmid DNA to the skin without harm. For the study, Ganguli’s team tested a combination of synthetic molecules used to cryopreserve cells for lab use: dimethyl sulfoxide (DMSO), which prevents the formation of ice crystals inside cells, and polyvinyl alcohol (PVA) to prevent cell crystallization, which can damage membranes between cells.

The researchers managed to preserve cells in a dish despite exposure to freezing. A combination of 2 percent DMSO and 1.6 mg/ml PVA yielded an 80 percent cell survival rate. The method also protected cell membranes and cytoskeletons, the network of proteins in a cell’s cytoplasm that helps give it structure.

The research team dubbed this combination SynAFP and mixed it with commercially available aloe vera cream. They applied the mixture to lab mice 15 minutes before exposure to cold, and found it reduced tissue damage and inflammation, while lessening frostbite wound size and speeding healing.

However, applying the cream 30 minutes before exposure did not prevent frostbite during the cold challenge. It remains to be seen whether the antifreeze cream may be effective for people, the researchers said.

Signs and symptoms of frostbite include redness or pain of any area of the skin, which may be a first sign of harm. More advanced frostbite may result in white or grayish skin areas, unusually firm or waxy skin and numbness.

Frostbite and hypothermia are related conditions. Hypothermia results when the body’s core temperature drops because of exposure to cold. Symptoms include shivering, exhaustion and delirium. According to the CDC, frostbite and hypothermia victims should seek immediate medical attention and a warm shelter. Any wet clothing should be removed. Also, they should be warmed beneath layers of dry blankets and clothing.

The CDC noted that the affected skin of frostbite victims may be insensitive to pain. Therefore, the agency warns they should not walk on frostbitten toes and feet unless absolutely necessary. Also, they should not use sources of dry heat such as a fireplace, heat lamp, radiator or stove for warming or an electric heating pad or blanket.

According to Nemours Children’s Health, blisters on frostbite victims should not be broken. Warm (not hot) water can be applied for about 30 minutes. Clean cotton balls should be placed between frostbitten fingers and toes after warming, and warmed areas should be wrapped with clean bandages to prevent refreezing. Acetaminophen or ibuprofen can be administered for pain.

Both the CDC and Nemours recommend preventative measures such as wearing adequate clothing and face coverings when exposed to freezing temperatures.