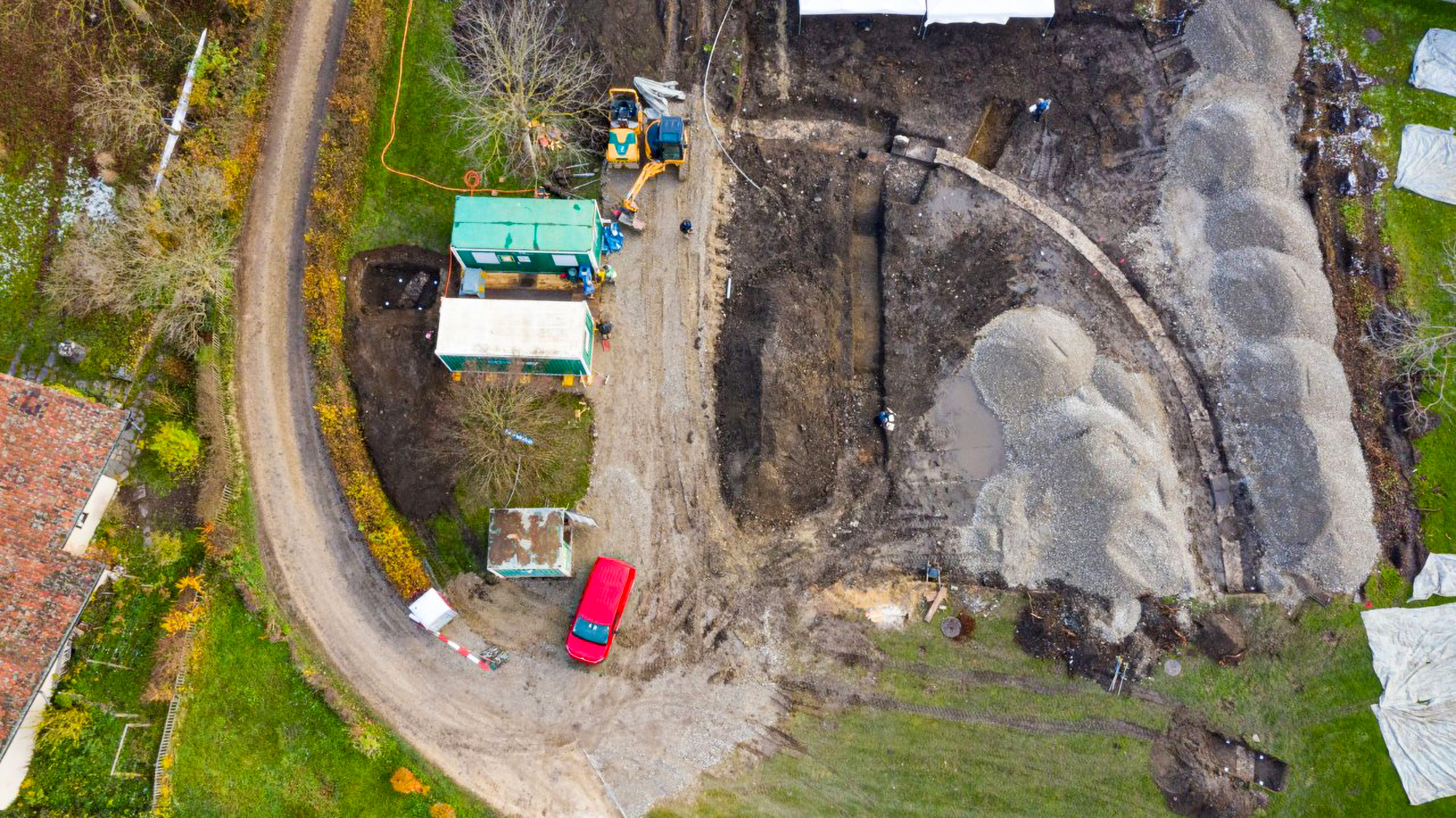 The Roman amphitheater was discovered during construction for a boathouse in Kaiseraugst, Switzerland. (Canton Archeology Aargau, Canton of Aargau/Zenger)

Swiss archeologists carrying out a routine check on a building site for a new rowing club were amazed when they unearthed a fourth-century Roman amphitheater, which they believe is the most modern ever found.

The discovery occurred in Kaiseraugst, Switzerland, not far from the city of Basel, in December.

After experts examined the contents of the site, it was covered in earth again to be preserved for a full dig when the weather improves.

Finding Roman remains in the area is not uncommon — nearby is the old Roman town Augusta Raurica, which now serves as a sort of open-air museum. Archeologists routinely monitor construction work in the area, but even the seasoned experts had not been expecting an amphitheater in the Canton of Aargau, they said in a statement. A canton is an administrative district like a state.

The amphitheater is “located in the hollow of a quarry that was abandoned in Roman times, immediately west of Kaiseraugst Castle, the Castrum Rauracense,” the canton’s Department of Education, Culture and Sport said in the statement.

The amphitheater is 164 by 131 feet and probably dates back to the 4th century, making it the youngest known amphitheater in the Roman Empire, the experts said.

“A large gate was uncovered to the south of the complex, which was flanked on both sides by two side entrances. The threshold made of sandstone blocks from the western side entrance was still preserved,” the statement said.

“On the west side of the complex, there was another entrance to the arena, again with a large sandstone threshold. The inside of the arena wall was plastered. The grandstands consisted of a wooden construction, from which the imprint of a wooden post could still be proven.

“All the evidence together, the oval, the entrances and the post placement for a tribune, lend credence to it being an amphitheater,” the statement said.

The canton emphasized that the building of the boathouse could be done in a way that allows the Kaiseraugst amphitheater to be preserved in the ground.

“The archeological substance is protected by a dam. The new building will be erected above it. The monument thus remains in its original place and is optimally protected so that it will be preserved for the future,” the statement said.

The discovery of the amphitheater was the eighth such find in Switzerland, according to the statement.

“In Roman times, games such as gladiator fights and animal hunts were presented in the arenas, which were very popular at the time.”