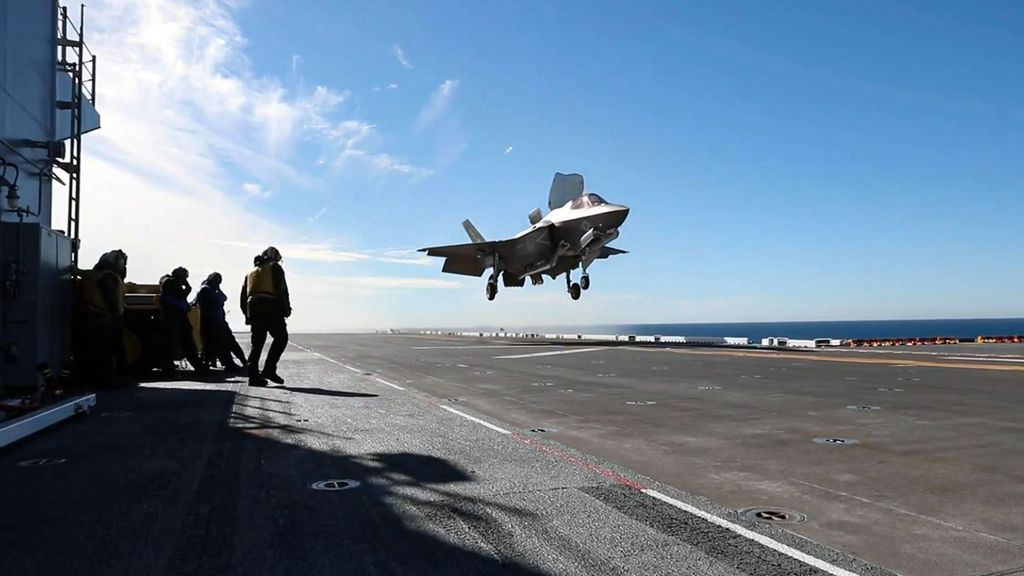 An F-35B Lightning II fighter jet lands aboard the USS Tripoli in the Pacific Ocean on Jan. 11. With the successful landing, the amphibious assault ship achieved its fixed-wing flight certification. (U.S. Navy/Zenger)

The U.S. Navy’s newest amphibious assault ship, the USS Tripoli, has achieved its certification to conduct fixed-wing flight operations following the landing of an F-35B Lighting II fighter jet on the ship’s flight deck on Jan. 11.

The navy posted video of the landing that was filmed during exercises in the Pacific Ocean.

“It was an honor to support Tripoli in accomplishing such an important event.”

“This is what Tripoli was built for,” said the ship’s commanding officer, Capt. Joel Lang. “The crew and supporting organizations have worked incredibly hard to get us to the point where we can launch and recover aircraft, rising to every challenge the navy has put before them since we commissioned. I am extremely proud of what we have accomplished.”

Bringing the aircraft to the ship required a lot of coordination between Tripoli and the Marines who operate the fighter, the navy said.

The U.S. Navy said the sailors who comprise the flight deck crew have trained their entire careers to run flight operations, “and they worked efficiently and safely while accomplishing this milestone.”

“Everything flowed perfectly,” said Aviation Boatswain’s Mate (Handling) 1st Class Paul Salame. “We did everything we practiced for. I got to launch the first jet ever from Tripoli; it was a good feeling. We’re all very excited to do it again.”

“The crew has sacrificed time away from their families and friends to accomplish our mission. Days like today prove that the time those families have given us isn’t wasted,” Lang said.

The USS Tripoli was commissioned in July 2020 and operates under commander, Expeditionary Strike Group 3. It arrived at its home port in San Diego a few months later.

“As the largest amphibious ship on the waterfront, Tripoli serves as an LHD variant designed to accommodate the Marine Corps’ future Air Combat Element, including the F-35B Lightning II and MV-22 Osprey,” the U.S. Navy said.

“Tripoli serves as a fine example of our sailors’ ability to learn, adapt, and continuously improve even in the face of uncertainty,” said Capt. Jennifer Ellinger, commodore of Amphibious Squadron (CPR) 7.