The elderly woman was trapped in a room full of debris after a massive explosion and fire erupted in the house next door.
By Lee Bullen January 20, 2022
Facebook
Twitter
Linkedin
Email 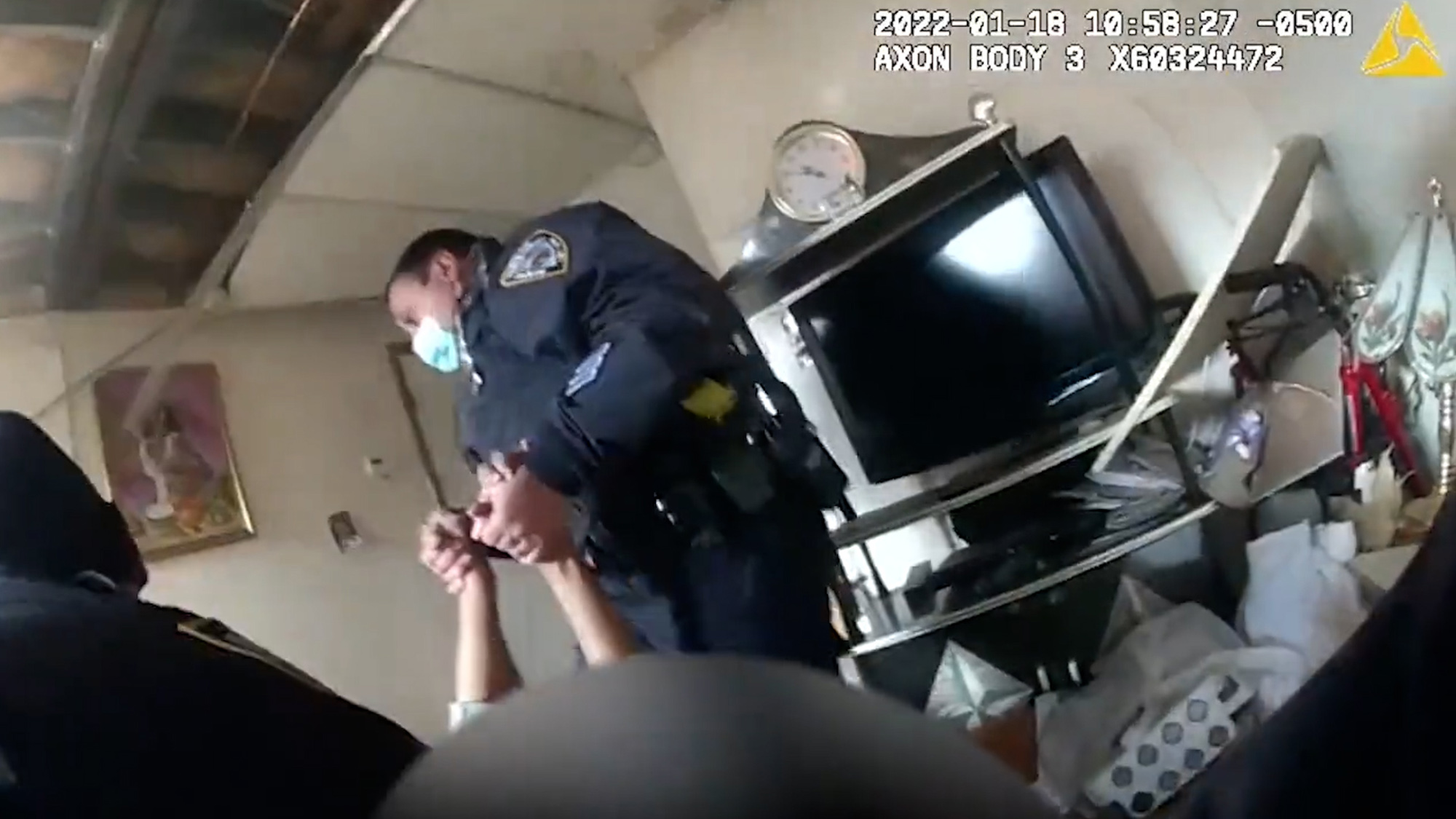 New York police officers rescued a woman trapped in the debris after the explosion in a neighboring home in the Bronx, New York, on Jan. 18. (New York City Police Department/Zenger)

Dramatic video shows New York Police Department officers rushing in to rescue one woman trapped behind a couch in a room full of debris after an explosion set the home next door on fire. Police rushed to get the woman out, fearing the building would collapse.

The explosion, which may have been caused by a gas leak, caused a fire and led to the death of one elderly resident at a townhome in the Bronx, New York, on Jan. 18. Two other residents were hospitalized after the explosion, police said.

The New York Police Department posted video of the woman’s rescue online with the message: “When @NYPD41pct officers arrived at the massive explosion at a Bronx home, they saw flames spreading to the adjoining home rocked by the explosion.

“Knowing there was a person inside, they ran in. They found a woman trapped in the debris. Our prayers are with those affected.”

The officer wearing the camera ran towards the Fox Street inferno before rushing into the townhome adjacent to the raging structure fire, which killed a 77-year-old woman.

“Somebody’s in there,” a woman on the street could be heard frantically alerting the cops, according to the footage of the Longwood scene.

“10-6 we’re inside,” an officer radioed to the dispatcher as three cops turned over the large piece of furniture that had pinned the woman in the corner of the room, the New York Post reported.

The officers lifted the woman and brought her outside to safety.

“One, two, let’s go. Get her over the couch,” an officer was heard saying.

Mayor Eric Adams said: “When you see the body camera video, you are going to see the quick response of the officers, going into a burning building, next door from the explosion, not realizing if there would have been an additional explosion. They went inside and carried out a woman who was trapped inside.”

Five police officers sustained minor injuries. The cause of the explosion is still under investigation.

At the moment, the police do not suspect foul play as residents said they could smell gas before the explosion.

New York City Councilman Rafael Salamanca, Jr. told New York’s Pix11 that three buildings have been demolished, and two more will have to be assessed for repair.