Moscow says all troops and weapons are now back in Russia.
By Joseph Golder January 20, 2022
Facebook
Twitter
Linkedin
Email 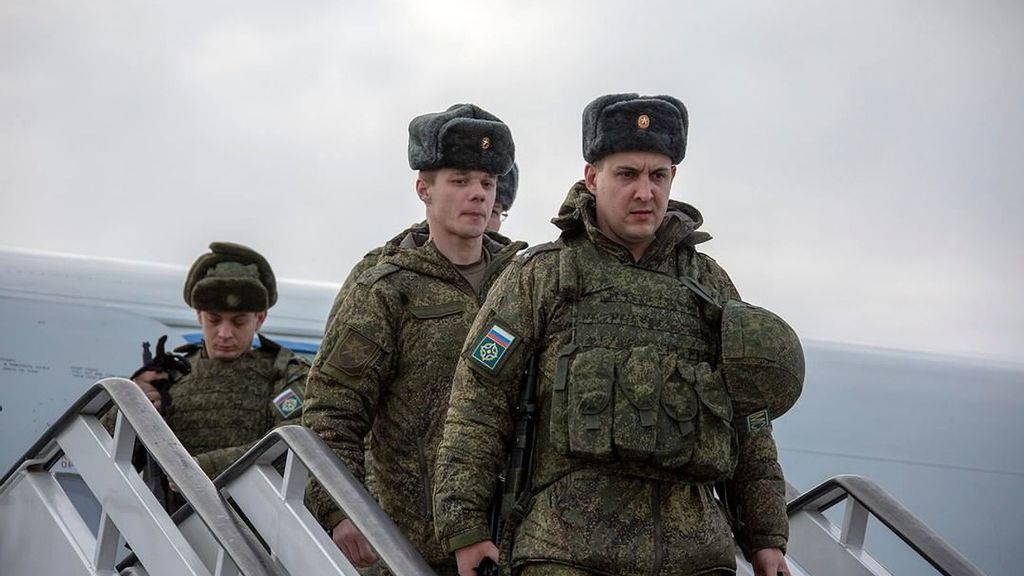 Four aircraft brought home the last of the Russian peacekeeping contingent from Kazakhstan on Jan. 19. (Russian Ministry of Defense/Zenger)

The Russian Ministry of Defense has announced that all military personnel from the Collective Security Treaty Organization peacekeeping mission sent to Kazakhstan have now left the country.

“All peacekeepers, military equipment and weapons from the contingent of the Collective Peacekeeping Forces of the CSTO, which performed the tasks of protecting socially significant facilities in the Republic of Kazakhstan, have returned home,” the ministry said in a statement.

Unrest in Kazakhstan began after the oil-rich country raised fuel price caps in response to shortages, and the price for liquefied petroleum gas suddenly more than doubled. Violent protests Jan. 4 led to hundreds of injuries reported among demonstrators and police. On Jan. 5, the government resigned as deadly rioting continued.

President Kassym-Jomart Tokayev requested assistance from the CSTO, an intergovernmental military alliance that includes Russia, Armenia, Kazakhstan, Kyrgyzstan, Tajikistan and Uzbekistan. The alliance began sending troops into the country on Jan. 6. The president then called in Russian peacekeeping forces. By Jan. 9, the Russian Ministry of Defense said there were about 3,000 external military personnel in the country.

Tokayev has since ordered authorities to reduce the fuel price in order to help restore stability.

Approximately 12,000 people have reportedly been arrested for their alleged participation in anti-government protests.

“The last four aircraft of the military transport aviation of the Russian Aerospace Forces have landed at the Chkalovsky airfield near Moscow,” the ministry said.

Russian forces also evacuated hundreds of Russian citizens from Kazakhstan. “More than 20 flights of military transport aviation of the Russian Aerospace Forces transported over 2,200 Russian and foreign citizens to the Russian Federation from the Republic of Kazakhstan.”

Russian soldiers were given a hero’s welcome as they returned home after being deployed to Kazakhstan.

The Song and Dance Ensemble of the Airborne Troops congratulated the Russian troops by performing for them on the tarmac at the Chkalovsky airfield near Moscow.

The soldiers were also given bread and salt, a tradition in Russia and many Eastern European countries for returning soldiers.

The images were posted online by the ministry with a message that said: “During the honoring of the military personnel, representatives of the command of the Airborne Forces, the clergy, the leadership of the city of Kubinka, members of the Yunarmiya, members of the families of the arrived paratroopers-peacekeepers congratulated them on the successful completion of their tasks and thanked them for their highest professionalism.”