End-of-the-rainbow coins buried in a field in Germany were thought to hold supernatural powers. 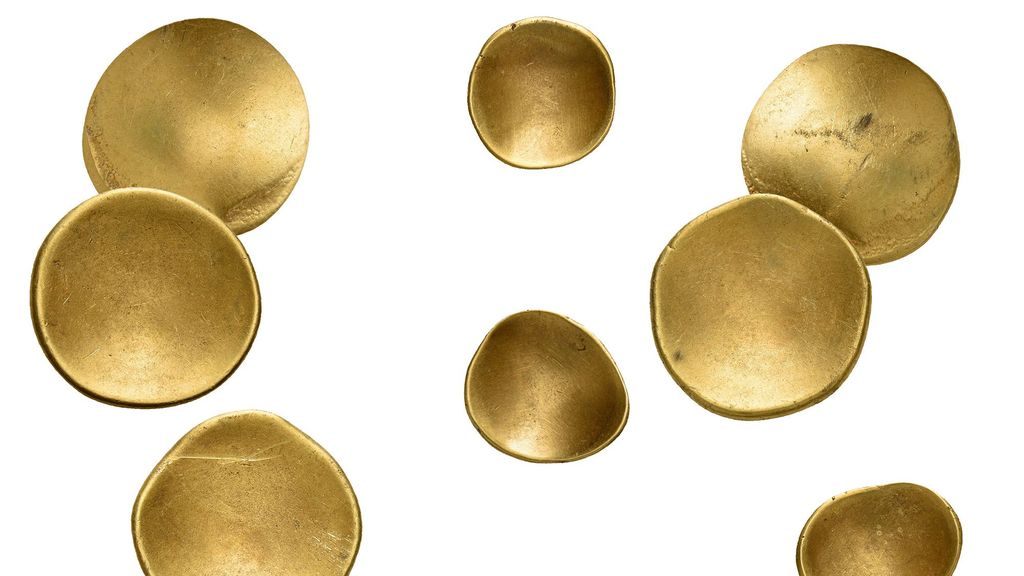 A treasure trove of 41 Celtic rainbow cup coins were founds in Brandenburg, Germany, in 2017. The findings were just published. (M. Pilekic/Zenger)

A 2,000-year-old hoard of Celtic gold coins called “rainbow cups,” referring to the legendary pot of gold at the end of the rainbow, was unearthed in Brandenburg, Germany in 2017.

The results of the find have just been announced by the Ministry of Science, Research and Culture. Manja Schuele, the Minister of Culture for Brandenburg, revealed the discovery is the largest of its kind in Brandenburg’s history.

Schuele said: “There has never been a gold treasure from the Celts in Brandenburg. The 41 gold coins that have now been discovered are a sensation, an irreplaceable source of information and offer a unique glimpse into our past. It was a volunteer archeologist who literally uncovered this important piece of state history.”

Amateur archeologist Wolfang Herkt, a volunteer with the Brandenburg State Heritage Management and Archeological State Museum in Germany, initially discovered 10 coins. An additional 31 coins were found near the village of Baitz in the Potsdam-Mittelmark district of Brandenburg in 2017.

The coins, all slightly curved like a bowl, are called “rainbow cups,” according to numismatist (coin expert) Marjanko Pilekic of Goethe University.

These types of coins were often found in fields, leading some to believe they could be found wherever a rainbow and the ground met. People thought the coins possessed supernatural powers and brought the finder luck. The coins were discovered in an area once dominated by the La Tène culture, from about the fifth century B.C. to the first century B.C. in Central Europe.

Since Celts did not live in Brandenburg, the find suggests possible trade networks in Iron Age Europe.

Herkt said: “It is a good feeling to be able to contribute to research into the history of the country.”

Schuele made her remarks in Potsdam, the Brandenburg state capital, in the company of state archeology professor Franz Schopper, as well as Pilekic and Herkt.

“The find shows once again that there are significant historical traces in the state of Brandenburg. And that it is the BLDAM [Brandenburg State Heritage Management and Archeological State Museum] archeologists who — whether they are volunteers or employed — safeguard our historical and cultural heritage,” Schuele said.

The coins will be displayed in the Archeological State Museum of Brandenburg, which houses a permanent exhibition of 10,000 selected exhibits and presents an overview of the 130,000-year cultural history of Brandenburg.