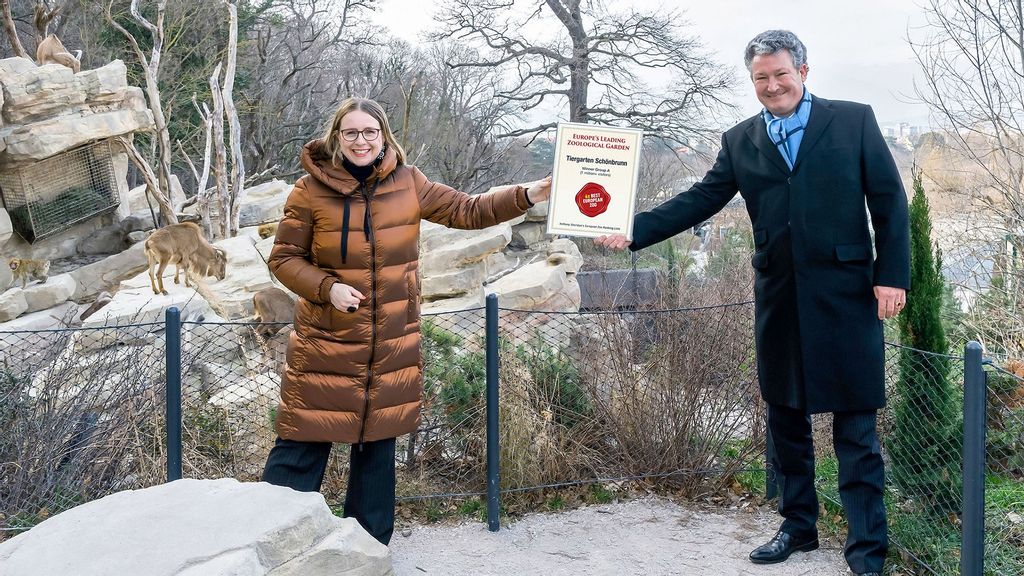 A famous British zoo expert has just declared the Schönbrunn Zoo the best in Europe for the sixth time.

Some 126 scientifically managed zoos in 29 countries were reviewed.

Schönbrunn Zoo said it came out on top in the strict selection criteria, which included the number of animals and visitors, as well as the care and treatment of animals.

Sheridan has also noted its “symbiosis of culture and modern construction technology has been extremely successful,” the zoo said.

“The outdoor facilities are optimally designed and at the same time fit harmoniously into the overall picture of the imperial Schönbrunn. It’s unique and impressive. Information boards and many zoo pedagogical offers underline the commitment to education and scientific enlightenment,” Sheridan said.

The only zoos in the running included Category A zoos, ones with more than 1 million visitors a year. “Since the beginning of the ranking in 2008, Schönbrunn Zoo has consistently been at the top,” the zoo said.

The Schönbrunn Zoo, a UNESCO World Heritage Site, is also noted for its research, education and conservation breeding efforts.

Zoo director Stephan Hering-Hagenbeck said: “We want to get visitors interested in the world of animals and how to protect them.

“We can look back on many highlights in recent years: successful breeding of koalas, the opening of the new Barbary macaque and Barbary sheep enclosure, cheetah quadruplets and also polar bear offspring. The nomination as the best zoo in Europe is a valuable recognition of our work.”

Speaking about how the zoo cooperates with other facilities in Europe and worldwide, Hering-Hagenbeck said: “One of our primary goals is to curb species extinction.”

Schönbrunn Zoo works with the China Wildlife Conservation Association to protect giant pandas. It is one of the few European zoos to have the species as an attraction. The first pair, Yang Yang and Long Hui, came to the zoo in 2003 from Wolong, the Chinese research and breeding center.

The stud book for the northern and southern rockhopper penguins, part of the European Endangered Species Programs, is also conducted at the zoo.

Austrian Minister of the Economy Margarete Schramboeck said: “Due to the pandemic, the last two years have been very challenging for all of us. Above all, thanks to the uninterrupted commitment of everyone involved, I am still extremely proud of the Tiergarten Schönbrunn attraction.”