VIDEO: Herr Cut: Barber So Popular With German Soccer Stars They Dedicate Their Goals To Him

Alex the Barber is a hit with Bayern Munich and other footballers in Bavaria.
By Lee Bullen January 19, 2022
Facebook
Twitter
Linkedin
Email 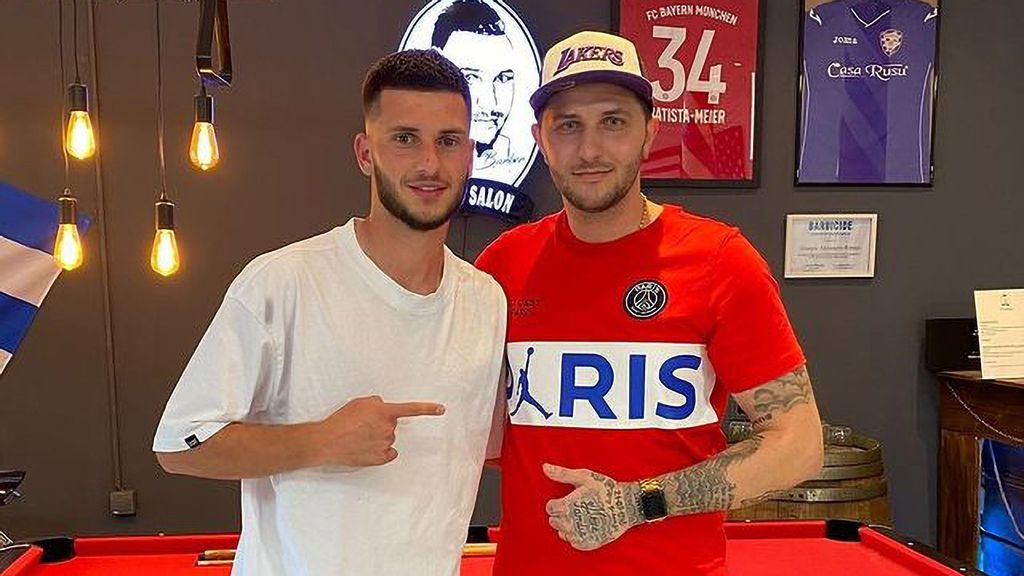 Alexandru Giurgiu, aka Alex the Barber (right), with one of his “stars” — Leon Dajaku, a German professional footballer who plays as a forward for EFL League One club Sunderland. (@alexthebarber_21/Zenger)

Alex the Barber is a cut above as far as his clients are concerned — particularly some Bundesliga [German football league] club members who dedicate their goals to him.

Within a year of opening his men’s salon in Geretsried, Bavaria, in 2019, Alexandru Giurgiu, better known online as Alex the Barber, won the Barber Battle competition in Berlin. Soon, Bayern Munich stars were walking through his door.

“I can talk to footballers about absolutely anything,” Giurgiu said. “They are not arrogant at all, even if sometimes they seem a bit aloof on TV. But they are not like that at all. We talk about everything from football to personal life. Most of them, besides being clients, are also my friends.”

Giurgiu, who has been cutting hair since he was 15 years old, said his first famous customer was former Bayern star Oliver Batista Meier, who now plays for Dynamo Dresden. After hearing good things about the new salon in Geretsried, the winger wrote to Giurgiu on Instagram and then booked an appointment.

Within no time, other Bundesliga stars were soon coming into his salon, including RB Leipzig midfielder Dominik Szoboszlai, American defender Chris Richards, who is on loan at Hoffenheim from Bayern Munich, and Bayern attacker Jamal Musiala.

Canadian star Alphonso Davies, also with Bayern, followed in 2021, and the pair filmed a comedy video that went viral on Instagram. Giurgiu said he now counts the Bayern player among his buddies.

The Romanian barber is so popular with German football stars that Red Bull Salzburg striker Karim Adeyemi dedicated a goal celebration to him on his birthday on Aug. 21. After scoring a goal in the third minute, Adeyemi formed an “A” [for Alex] with his fingers. Giurgiu described the gesture as “super nice” and one he will never forget.

Giurgiu has more than 7,000 followers on Instagram, where he posts photographs of every client he has had the pleasure to work with.

While hair cutting started as a hobby for Giurgiu when he was a child, from age 15, he says, “it was one of my dreams.”

“In 2016, when I came to Germany with a friend, I started working as a courier and after a while, I worked at a salon here. After three years in Germany, I opened my own salon.I came to realize that this is one of my hobbies due to the hairdresser who accidentally made a hole in my hair when I was getting a haircut and nothing could be done, and after that, I went with my father shopping and I saw a hair clipper.

“And so I started to trim myself, and then my football friends and colleagues, but especially my father.

“I always had a desire to cut a football player’s hair, but I did not expect everything to be so fast and to reach the highest level, with even international players.”

He encourages others who want to make a success of their lives.

“For those who have a dream and want it to come true, everything is possible,” said Giurgiu. “Work hard, be motivated and focused on what you like to do, don’t care about the opinion of others, as there are a lot of negative or envious people around, and we should simply ignore them.”