Experts detonate the bomb after a 97-year-old farmer recalls where the Italians dropped it during the Spanish Civil War.
By Lee Bullen January 19, 2022
Facebook
Twitter
Linkedin
Email 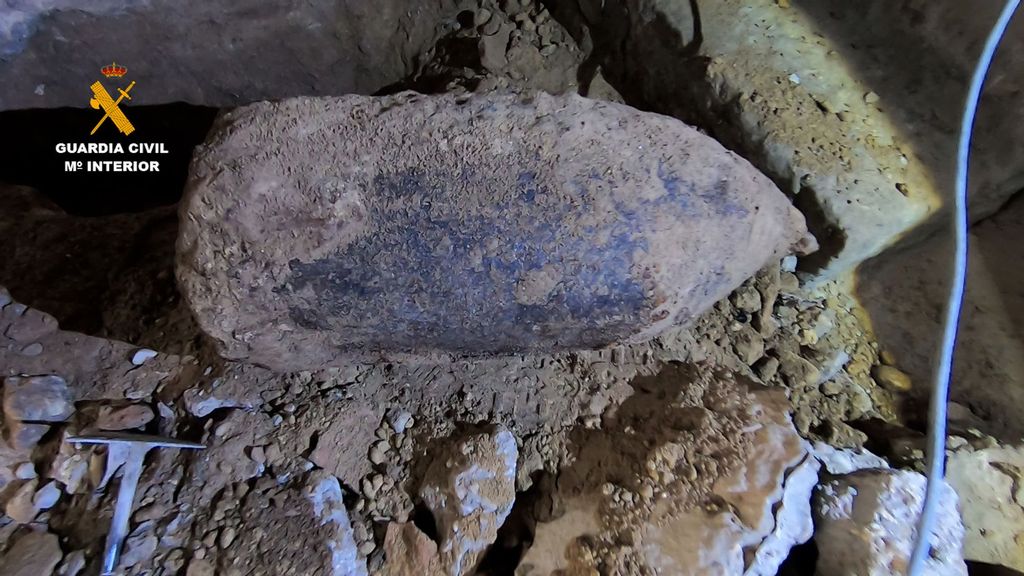 The childhood memories of a 97-year-old man helped Spanish authorities locate a bomb that was dropped in Maella but never detonated during the country's civil war. (Spanish Civil Guard/Zenger)

Spanish Civil Guard experts detonated a bomb dropped during the Spanish Civil War after a man recalled it had been dropped on a nearby farm by the Italian air force when he was a child more than 80 years ago.

The 97-year-old man, whose name not disclosed, was 6 years old when the bomb fell but did not explode on a property in Maella in the country’s northeast.

The man reportedly told the owners of the property to be careful when he noticed them preparing to carry out building work, as he recalled the air raid so many years before.

The owners immediately informed the Civil Guard, and experts were sent to the farm last week.

Though the area had since been covered with concrete, experts found the bomb almost exactly where the man had described. Using a metal detector to pinpoint the bomb’s exact location, Civil Guard experts unearthed the 110-pound (50-kilogram) bomb and later deactivated it in a safe location on Jan. 10.

The bomb was identified as a “’torpedin legionaria” used by the Italian air force in 1936 to provide support to Spanish Gen. Francisco Franco’s Nationalists during the 1936–39 civil war.

The military revolt against the Republican government of Spain was a consequence of a failed military coup. A bloody civil war ensued, during which the rebel Nationalists received aid from Fascist Italy and Nazi Germany. The Republicans were aided by the Soviet Union along with the International Brigades, composed of volunteers from Europe and the U.S.

Another 80-year-old bomb was found on a Barcelona beach in August 2019.

The area was evacuated after police found an explosive device in the water that appeared to be old, possibly dating back to the Spanish Civil War.

The device was located at a depth of nearly 10 feet, about 27 yards from shore. It was found by an off-duty police diver who happened to be swimming in the area, the Civil Guard said.

In 2021, Spanish authorities neutralized 145 explosive devices from the Spanish Civil War, most of them found in the provinces of Teruel, Zaragoza, and Huesca. The most common types found were artillery projectiles weighing between 3 and 45 kilograms (6.6 and 99 pounds), such as hand grenades, mortar grenades and aircraft bombs.