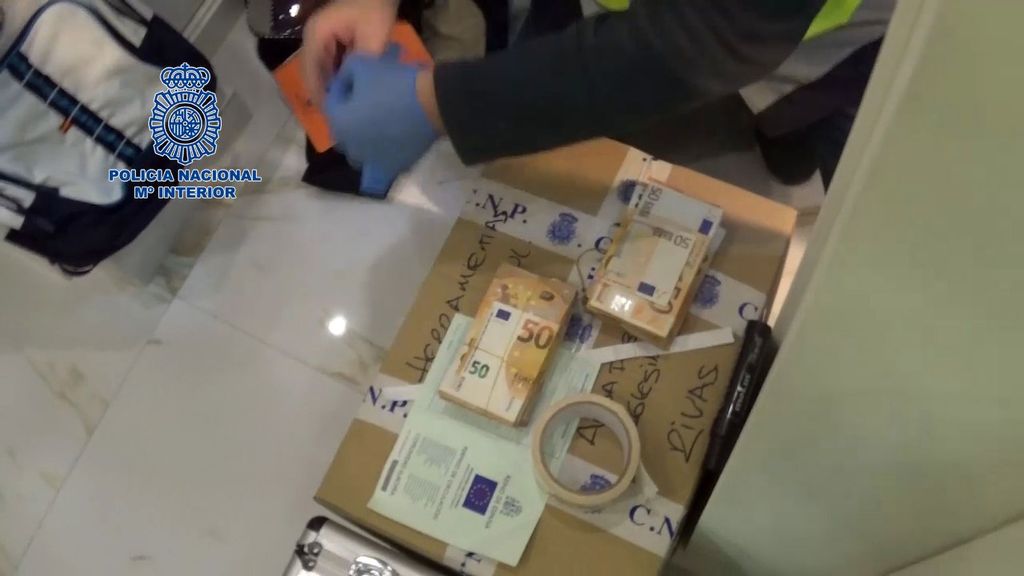 Spanish police video shows some of the cash seized in a raid leading to the arrest of the “Spanish Pablo Escobar of Heroin” in Toledo on Jan. 16. (Spanish National Police/Zenger)

Police in Toledo, Spain, have arrested a man they say is the kingpin of heroin smuggling to the country, smashing the organization he has led for years.

The “Spanish Pablo Escobar of heroin,” as police referred to him, was arrested on Jan. 16. Police described him as the ringleader based in Toledo who made “large imports” from the Netherlands. He is accused of distributing heroin to parts of central and western Spain.

Pablo Escobar was the notorious Colombian drug lord who was the founder and sole leader of the Medellín Cartel. He died in a shootout in 1993. Cocaine drug trafficking made Escobar one of the wealthiest men in the world.

Police raided eight properties in Madrid, Toledo and Caceres and arrested nine other people — seven men and three women. They also raided a car dealership and a car repair shop in Caceres.

The raid that led to the arrest of the man, who was not named, was among the biggest busts in recent years, police said.

Police said they seized 121 pounds (55 kilograms) of heroin that had reportedly arrived in the country from the Netherlands. They also seized guns, luxury cars and cash.

The “Spanish Pablo Escobar” is alleged to be closely associated with an international criminal group led by a Turkish citizen known only as “El Paralitico” (The Paralytic), according to Spanish police.

During the investigation, which began last March, “agents managed to unravel this criminal network that had most of its infrastructure in the province of Toledo. The organization had various farms and houses in various locations in this province that they used to hide drug shipments.”

Police said the authorities were able to identify multiple contacts between the alleged leader of the drug organization and the rest of his henchmen, as well as members of other criminal groups, to whom the ringleader allegedly sold heroin.

Police said that the heroin overlord made at least two trips to Istanbul, Turkey, between July and September 2021 with the purpose of “personally negotiating the importation of drug shipments with the Turkish organization.”

Details of the charges the alleged heroin overlord faces have not been released.

Another drug trafficking ring was broken up on Jan. 1.  Spanish police said they had dismantled a drug-trafficking ring that had was using helicopters to smuggle marijuana from northern Africa.

The gang allegedly brought hashish and marijuana from Morocco to southern Spain by helicopter and then transported the drugs to France. Police said the drugs were concealed in trucks and a tour bus with fake number plates for the journey north to France.

The Spanish Civil Guard said in a statement that it seized 2.6 tons of hashish and about 247 pounds of marijuana in the operation. Three helicopters were also seized, as well as weapons and ammunition, and 11 people were arrested.