Officials have not determined how he died after he wandered away from the tour group. 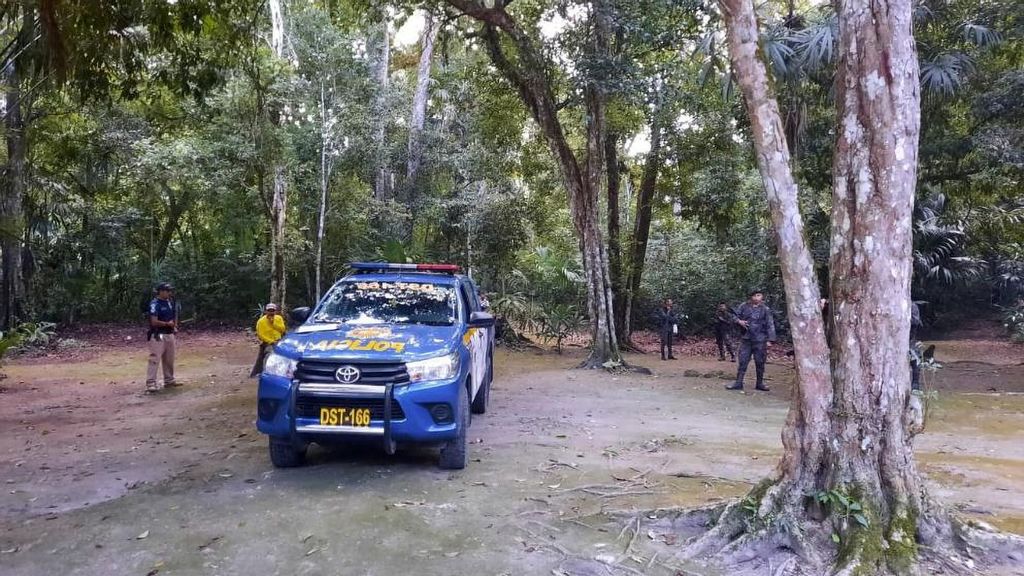 The body of a German tourist was found near a Mayan temple nearly 48 hours after he went missing in a national park in Guatemala.

Authorities said there was “no evidence of a violent death,” but why Dr. Stephan Baitz, 53, died had not been determined as of Jan. 11, when his body was found in Tikal National Park in a forested region in the country’s north.

Baitz had flown to Central American late last year and was visiting the park, described as a 141,000-acre jungle on the border with Mexico, with a tour group of 20 people.

“After visiting the main temple, Baitz separated from the group. He wanted to have a look around by himself,” the guide told the park administration when the tourist didn’t show up again, according to a report in German newspaper Bild.

Members of the group reported him missing on Jan. 9. Park rangers searched the area to no avail.

On Jan. 11, nearly 48 hours later, the Guatemalan Ministry of Culture reported the discovery of the body 6.2 miles from the starting point. The military released photos showing the body on a leaf-covered path.

The German embassy expressed “our deepest condolences to the family of the deceased.”

A cause of death has not been determined.

“What we can report is that no evidence of a violent death was found,” the National Institute of Forensic Sciences of Guatemala said.

The vast national park, a UNESCO World Heritage Center, has at its center an ancient Mayan city of 3,000 buildings and covers about 6 square miles. Archeologists estimate that the Maya settled in the area around 900 B.C.

Tikal was one of the most important cities of the Mayan Classic period, from the third to the ninth centuries. Scenes from “Star Wars: Episode IV – A New Hope” were filmed on the temple grounds.

Tikal is also part of the 2.5 million-acre Maya Biosphere Reserve created in 1990 to protect the dense forests of the Peten, “which started to disappear at an alarming rate due to population pressures, illegal logging and slash-and-burn agricultural practices,” the park’s website states.

“Tikal grew into an important ceremonial, cultural, and commercial center over the centuries. Most of the city’s huge temples were constructed during the eighth century A.D., when Tikal became the greatest city in the Maya world with a population of perhaps 100,000.

“Like Maya complexes on Mexico’s Yucatán Peninsula, Tikal fell into decline at the end of the ninth century and was virtually abandoned. The causes of the Maya empire’s collapse remain a mystery, but wars, famine, overpopulation and resource depletion have all been blamed,” the website states.

«Previous Post
VIDEO: Seal Off The Town: Mysterious Beast In Police Chase »Next Post
VIDEO: Herr Cut: Barber So Popular With German Soccer Stars They Dedicate Their Goals To Him