VIDEO: During Transport To Hospital, Cops Save Toddler Who Had Stopped Breathing

Officers sped through streets with baby, distraught mother in tow. The child was treated at the hospital and released. 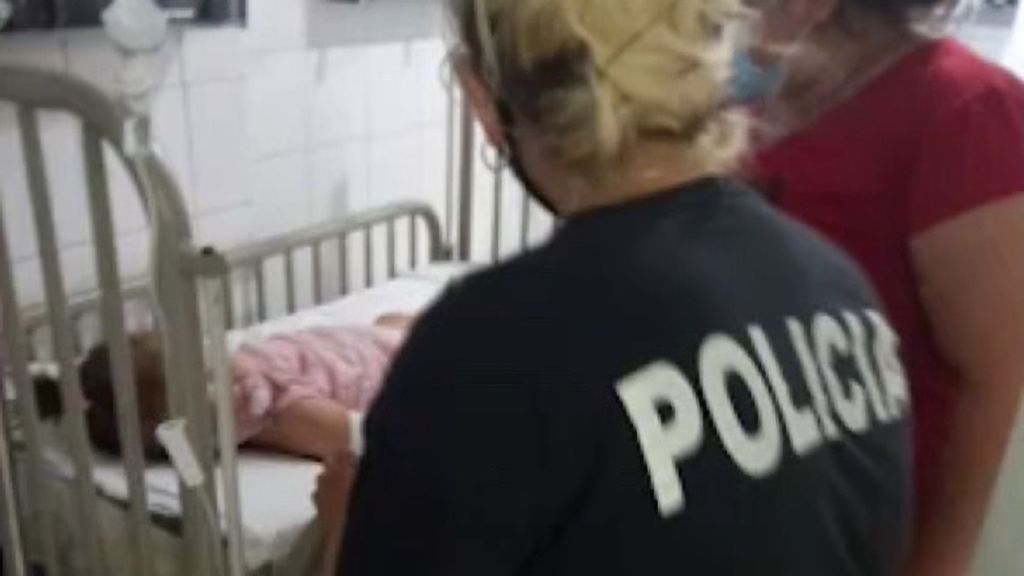 One of the two police officers who saved a child who had stopped breathing, with the child's mother and her baby daughter in a hospital in San Miguel, Buenos Aires, Argentina, on Jan. 9. The child was released from the hospital the same day. (Municipality of San Miguel (Buenos Aires)/Zenger)

When police arrived at a street corner in the San Miguel neighborhood of Buenos Aires, Argentina, on Jan. 9, a distraught mother was tending to her 15-month-old daughter who had stopped breathing.

After rushing to carry the baby inside the patrol car, with the wailing mother in the back seat, the officer who was not driving administered CPR (cardiopulmonary resuscitation) to the baby and got her to start breathing just as they were about to arrive at the hospital after a two-minute car ride.

“93 seconds of despair” is how the incident was described by Argentine news outlet Infobae in a story that accompanied video posted on Jan. 11.

The video, posted on Facebook by the Municipality of San Miguel, shows officers Laura Pagani and Diego Carrizo pick up baby Alma and put her in the patrol car, with her tearful mother in the back seat.

As Carrizo speeds through the streets, sirens blaring, heading to the hospital eight blocks away, Pagani persists in her efforts to save the baby. Following some tense moments, she manages to get the child breathing again.

When the car pulls up outside of Larcade Hospital, the baby is rushed inside for prompt medical attention.

Doctors were able to stabilize the baby and discharged her that same night.

“When we saw the video, we started to cry. Those two minutes lasted forever. My partner drove like never before,” Pagani told Infobae.

“Inside, I was saying ‘you have to save her, she can’t go’ until I saw her open her eyes and gain color. It was a moment I will never forget in my whole life,” she said.

“I forgot that I was a policewoman. I begged ‘please, God’ because I had to. I put myself in the mother’s shoes even though I’m not a mother.

“I thanked the mother for placing her trust in us because she handed [the baby] over to us,” Pagani said.

“When I saw the baby sitting on the stretcher, I also hugged and kissed her.”

The baby’s mother, who was not identified, told the outlet, “My baby is fine, playing, screaming and running as she always did.”

The mother also thanked all the health and safety personnel and took an emotional photo with the police officers, giving them a hug of thanks.

“I only have words of gratitude to the police for having saved my daughter and having her with me today,” the mother said.