Demand is in a bit of a post-holiday slump, but it looks like suppliers either can’t, or won’t, keep up.
By Daniel James Graeber January 14, 2022
Facebook
Twitter
Linkedin
Email 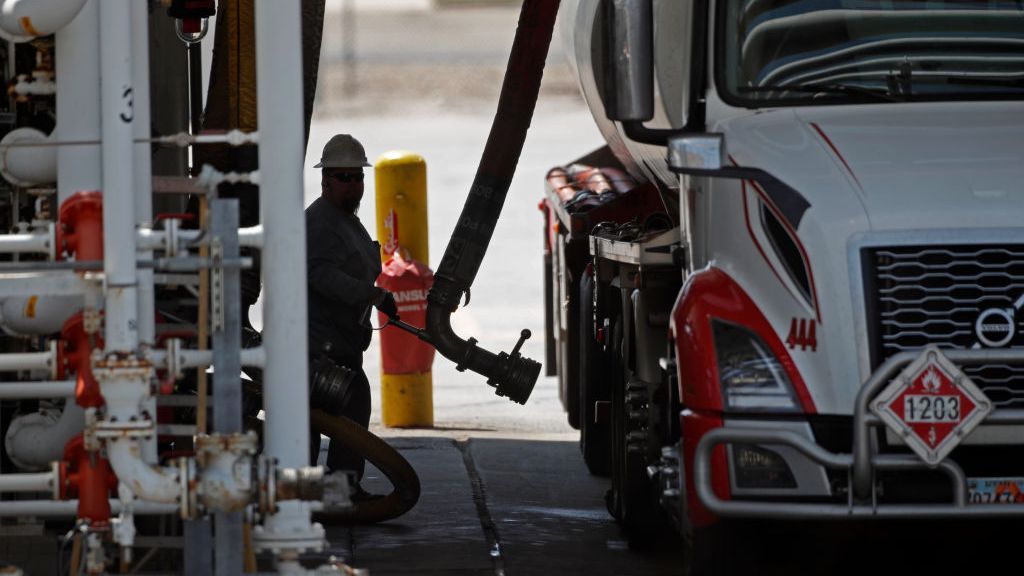 Oil suppliers are having a hard time keeping up with consumer demand. (George Frey/Getty Images)

Energy demand seems to be floundering a bit, but it’s the supply side of the energy equation that’s keeping the price of oil elevated, analysts said.

The price of oil increased on Wednesday in part in response to data from the U.S. Energy Information Administration on inventory levels of crude oil and refined petroleum products such as gasoline. Data showing a dip in inventory level is usually synonymous with an uptick in demand, while the opposite holds for increases in storage levels.

The Energy Information Administration on Wednesday reported total commercial crude oil inventories, not counting strategic reserves, declined by 4.6 million barrels from the previous week. That would normally be a sign of healthy demand, though gasoline inventory levels increased by 8 million barrels, presenting a bit of a mixed bag.

Giovanni Staunovo, a commodities analyst at Swiss investment bank UBS, said the gasoline data did not paint a strong picture for demand. Much of that, however, is part of the usual post-holiday slump in travel.

A decline in total petroleum inventories, which includes crude oil as well as oil products, offset what would otherwise be a negative report.

“These factors probably explain the solid price rally after the report was issued,” Staunovo told Zenger.

West Texas Intermediate, the U.S. benchmark for the price of oil, had already broken through the $80 per barrel threshold early this week. It finished trading Wednesday at $82.61 per barrel, up some 1.75 percent on the day. Brent crude oil, the global benchmark, ended the day up 1.1 percent to close at $84.67 per barrel.

The surge in prices comes on the heels of an update on consumer-level inflation. Consumer prices over the 12-month period ending in December increased by 7 percent, the fastest pace since 1982. Inflation for energy goods, however, jumped by closer to 50 percent, though that actually marks a small decline from last month’s estimate.

Nevertheless, consumers flush with cash from government injections show no sign of letting up. While in a bit of a post-holiday slump, demand still looks close to pre-pandemic levels. However, some say the problem may now be on the supply side.

“Global oil producers are behind the curve in regard to keeping up with ever-growing demand,” said Phil Flynn, a senior energy analyst at The PRICE Futures Group in Chicago.

Members of the Organization of the Petroleum Exporting Countries are exercising production restraint in an effort to prevent the market from running too hot or too cold. U.S. crude oil production, meanwhile, is also on a bit of a decline despite steady reports of increased drilling.

Al Salazar, the managing director at energy data firm Enverus, said the week-on-week decline in domestic crude oil production was a disappointment given the ongoing struggles in the broader market.

Outside the United States national security issues threatened supplies from oil-rich Libya and Kazakhstan, while a geopolitical risk premium continues to emanate from tensions over Ukraine.

“Ultimately, we believe the combination of significant supply outages abroad and expectations of a milder Omicron demand impact will keep Brent prices well supported,” Salazar added. “That is until crude and product builds are sustained on a weekly basis.”