Secret’s Out: Ja Morant Is Forcing His Way Into The NBA MVP Race 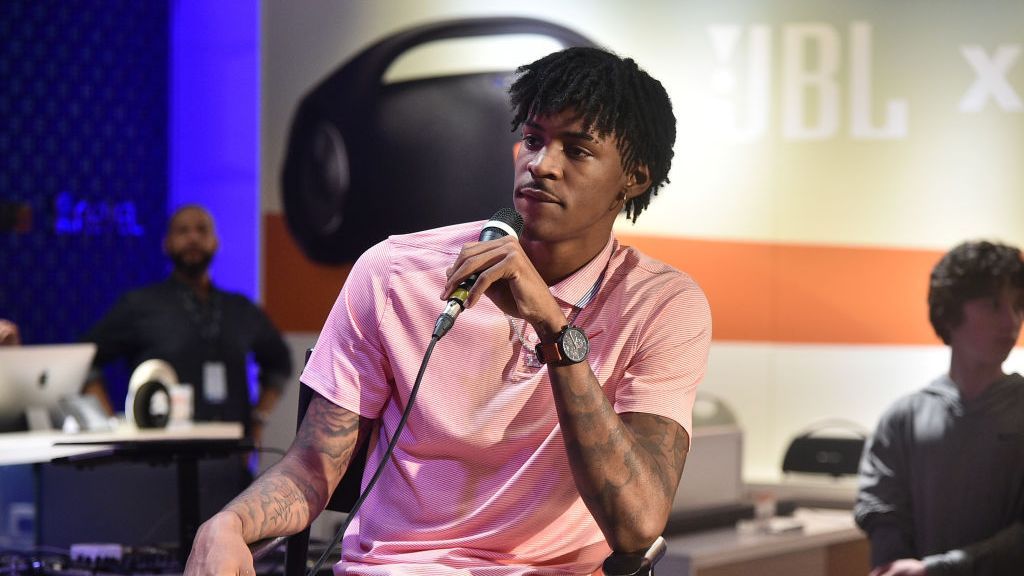 The Memphis Grizzlies are good. And Ja Morant is a true superstar. (Theo Wargo/Getty Images for JBL)

By now, the secret’s out.

The Memphis Grizzlies are good. And Ja Morant is a true superstar.

With 11 wins in a row, Memphis has suddenly found itself as the third seed in the Western Conference, and if there’s one team that has the capability of destroying your playoff bracket, it’d be the Grizz.

Interestingly enough, most people have come to know those facts, because behind Morant, the Grizzlies are simply no longer capable of being ignored. Not by me, not by you, and, apparently, not by the universe of NBA fans.

Although the fan vote is now only one of three voting processes that determine the starters for the All-Star Game, the fans serve as a very interesting focus group that does a good job of revealing the perceived value of a player’s contributions.

Historically, there have been players who’ve seen their deserved vote totals inflated due to having support from bigger markets, and this season is no exception. But the reason this is reported in the first place is because, truth be told, the fan votes usually get it right.

The NBA released its second return of NBA All-Star votes on Thursday afternoon, and currently, Steph Curry enjoys a narrow edge over LeBron James as the overall leading vote-getter, while Kevin Durant leads all Eastern Conference players. If voting ended today and the fan vote carried the day, Curry and Durant would be the All-Star Game captains.

But LeBron trails Curry by just 77,034 votes, so LeBron could catch him. Considering the fact that the winner of that race gets the honor of being captain, it’s just the latest installment in what has become an awesome rivalry between the Chef and the King.

The other thing that jumps off the page when you review the second returns, though? It is Morant who is currently second among Western Conference guards, leading Luka Doncic by a sizable margin of about 223,000 votes. It’s difficult to imagine Doncic making up that ground, and unless something dramatic happens, Morant appears to be headed to Cleveland as an All-Star starter.

Who had that in the office pool?

The Grizzlies star addressed the fact after Thursday night’s win.

“I don’t even know what to say honestly,” Morant said when apprised of the fact that he was in line to become a starter over Doncic.

“I’m mostly in like a little emotional moment just to see how much fans I got who want to see me in the All-Star game&mldr; Thank ya’ll, [I] love ya’ll for rooting for me.”

12 is thankful for all star voting love 💙@JaMorant // #NBAAllStar pic.twitter.com/IDN8PijA4V

Even still, for those who don’t actually root for Morant, his rise has been inspiring to witness.

At just 22 years old, the third-year point guard is averaging 24.6 points, 5.8 rebounds and 6.8 assists per contest, including 26.7 points per game during the team’s 11-game win streak.

While some young players see the likes of Curry and LeBron and fawn, Ja comes to snatch their crowns. With him in the lineup, the Grizzlies have gone 2-1 against both the Lakers and Warriors this season, and recently defeated Kevin Durant and the Brooklyn Nets at the Barclays Center during Memphis’ current win streak. If you lump the Phoenix Suns in there, the Grizzlies have an impressive 6-3 record against those teams altogether, and that sample size is indicative of a larger truth: Memphis is a damn good basketball team. And they’re being led by a point guard who has potential rarely seen at this level.

As a lead guard on a young team, and as a player who is still fighting to earn his notoriety in a league full of international stars, Ja has already mastered one of the most difficult things for someone at his position. He knows how to pick and choose his spots. Despite his superhuman athleticism, the one constant in his game is that he rarely forces anything on the floor, and never presses or panics. He defers and makes plays when he should and takes over when he should.

Typically, it takes a young guard time to develop those instincts. Damian Lillard, Kyrie Irving and Derrick Rose all had that gift, and like Ja, they were atypical in that they were tremendously effective from Day 0. They all became All-Stars in their second year (not a coincidence), with Kyrie becoming a starter in his third and Rose becoming the league’s youngest MVP in history in his third.

Morant’s rise to starter, assuming it happens, would be more impressive than Irving’s considering the fact that he plays in the Western Conference, and the fact that his team currently sits at No. 3.

And although Lillard had much more success in his third season — the Portland Trail Blazers won 51 games in 2014-15 — he also had another All-Star in LaMarcus Aldridge.

Truth be told, Rose is really the only other point guard who, at this point, is an appropriate comparison for Morant. Ja is simply taking us places rarely seen in the NBA, and the fact that he’s doing it in the Western Conference makes it all the more remarkable.

At a certain point, if the Grizzlies continue winning, we are going to have to start asking ourselves what it would take for Morant to start peeling off some MVP votes from the presumptive leaders.

As we enter play on Jan. 14, Durant and Curry — the two likely All-Star Game captains — would probably land somewhere in the top-five if MVP voting were to take place right now. Giannis Antetokounmpo, Nikola Jokic and LeBron James are all not strangers to the award, and each of them have reasons both for and against consideration.

But at a certain point, just like he has with the West All-Star scene, Ja is likely to crash that party, as well.

On Thursday night, he surpassed Doncic. And as he works on keeping Luka in his rearview mirror, it would probably be wise for us to consider that this is only the beginning for Ja.

Fortunately, based on what the fans told us in the second return, the secret’s out.

«Previous Post
Ozie Nzeribe Aims To Change The World As A Youth Advocate, Actor And Rapper»Next Post
Another Career Year From Joel Embiid Has Him Back In The MVP Race