Don’t Look Now, But Kyle Kuzma Is Silencing The Critics

Matt Brooks takes a deep dive into Kyle Kuzma’s resurgence with the Wizards and his incredible production since Dec. 27. 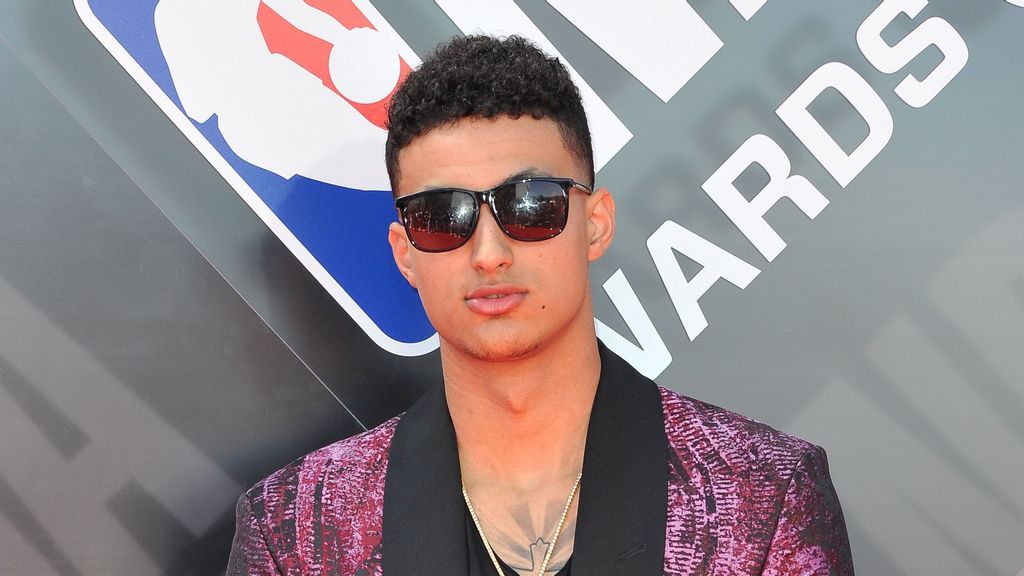 It’s been quite an unconventional season in Washington.

The summer in D.C. was drowned out by an onslaught of Bradley Beal trade rumors. Instead of discussion about Wizards president Tommy Sheppard’s impressive offseason, questions like the ones below dominated the news cycle.

Could Beal be the missing piece for Golden State? What if Boston broke the internet to form an all-St. Louis duo with Brad and Jayson Tatum? Is this the Ben Simmons trade that’s been sitting there underneath our noses?

Well, here we are. Seven months later, Beal is still a Wizard, and as it so happens, most of us missed the point. Washington has cobbled together a deep, impressive group of veterans, which hit the ground running with an Eastern Conference-leading 10-3 record and the third-best defense in the entire league to start the season.

But then, the inevitable defensive regression hit like a Miguel Sanó deep-ball; Washington has returned to its homey lair of a bottom-10 Defensive Rating, and the Wizards overall record has deteriorated in harmonious fashion, with the team going just 12-17 since Nov. 15. With Beal having a down year and the vaunted defense appearing… um, suddenly not-so-vaunted, Washington has since looked rudderless following the hot start.

That is, until Kyle Kuzma started averaging a cool 26 and 11 over the Wiz’s last nine games.

His output has largely been a byproduct of circumstance. Seven Washington players entered COVID-19 health and safety protocols at the turn of the new year, forcing the Wizards to go the substitute-player route like most other ball clubs. This left a hefty load to shoulder for Washington’s mainstays, and Kuzma, in particular, made quite the impression while eclipsing 39 minutes in three straight games to ring in 2022.

The plat principal of the Kuzma experience this season has been his inspiring commitment to rebounding. He’s finally at his rightful position — the 4 — and has seen his overall rebounding average jump by a colossal 2.6 per game while inhaling a career-high 12.8% of available boards.

As Washington’s corps dwindled, Kuzma only dug deeper into the comfy niche he’s settled into this season.

Kuz’s rebounding rate has bumped all the way up to 14.5% since Dec. 27, when nearly half of his teammates entered protocols. He’s keyed in on opponents’ misses with the hunger of Shaggy and Scooby Doo on a Whole 30 diet, his hands fastening onto the rock like a toddler leash. (Side note, who the heck uses those things?)

From there, Kuz is more than capable of initiating the offense in the open floor after ripping down a  board, something he’s been quite potent at as of late. No longer sharing the floor with LeBron James — whose resume alone obviously merits sole ownership of a fastbreak offense — Kuzma’s now been empowered to push the pace like true-blue point-forward.

But Kuzma’s more than just a rebounder. He’s a full-blown supersized slasher that knifes through coverages with X-Acto Blade precision, and he’s only carved opponents up with more voraciously as Washington has suffered its availability crisis.

Kuzma’s average drives per game have nearly doubled from 5.9 to 12.2 since December 27, and he’s shot a supremely impressive 63.5% on those forays to the rim in that time (his accuracy on drives sat at just 45% beforehand). For context, the league leader in field goal percentage off drives is Giannis Antetokounmpo at 60.2%. So basically, Kuzma’s been the personification of the “He Don’t Miss!” meme when putting the ball on the floor in the Year 2022.

Perhaps it was out of pure necessity, but what’s largely spearheaded Kuzma’s torrential downpour of downhill scoring has been his aggression. He’s playing through contact, devising the necessary counters — like the occasional Eurostep — to leave opponents loopy in a drunken state. The glass is the 26-year-old’s friend if needed, of course. And his fabled hook shot, which earned him modest prominence during his rookie season, will peak through the blinds when applicable. (Rejoice, Laker fans, it’s back!)

Most importantly, when he gets to that right hand, it’s basically over. Kuzma’s always been a sturdy at-rim finisher, and his 74% accuracy inside 4 feet ties a career-high for the Flint native. His rim attacks have become a reliable source of renewable energy when Washington’s bottom-tier offense trips up.

Here’s a fun example of his decisiveness.

Washington sets up a pair of staggered screens for Beal, and Kuzma makes his move right when the help defender (Gordon Hayward) turns his head to bark out orders. Miles Bridges is left… miles behind (sorry) as Kuz stretches out for the layup.

It’s strange, but his size seems to stand out more now that he’s a Wizard, no longer sharing the floor with a gaggle of giants in purple-and-gold threads. You really feel that Kuz is a full 6-foot-10 on his bull rushes to the rim. He’s a towering thunderbolt of an athlete with G5 jets affixed to his highlight-blue sneakers.

Nothing is more emblematic of Kuzma’s hot streak than his recent success from floater range. He’s shot a hellacious 55% on short-range middies in his last nine games, a massive bump from the mere 36% he posted prior; it’s also good for the 72nd percentile among his peers. Granted, it’s unlikely that he’ll maintain this level of preposterous efficiency on in-betweeners, as runners like the one below are a tricky diet to survive off of. But for now, I’m sure he’ll gladly take it.

What makes all of this so impressive is that his handle — which can get a little rickety when bothered by nearby helpers — hasn’t been especially fluid nor deceitful as of late. His vision has moments of genius, though inaccuracy can plague him. He grades out as a fairly average passer.

Most of all, his three-pointer remains a work in progress, and he’s actually seen his efficiency from distance fall a percentage point to 33% during the recent hot stretch. He’s pump-faking defenders out their shoes without the requisite long-range weaponry typically required to make the seas part and open up the rim.

Kuz made his bed as a defensive-minded grinder in Laker Land, and that calling card is still very much intact. As mentioned before, the dude’s mobile and huge. It’s tough as nails to score on him in isolation, where he ranks within the 75th percentile as a 1-on-1 defender.

Kuzma uses his body well to shield opponents away from the rim, with his 7-foot wingspan handling the rest. It’s tough to get him in the air on pump-fakes. His body control is pretty exceptional, and here, he uses a 2-foot jump to slow down and leap with precise control while contesting Chuma Okeke.

Recently, he’s even had to pick up the slack and play some 5. Montrezl Harrell was one of the many players held out due to health and safety protocols, leaving the Wizards with only one available big man, Daniel Gafford. Playing Kuz in the middle allows the Wizards to switch pretty much everything, and he’s had some super impressive reps against the likes of LaMelo Ball, Terrence Ross, Cole Anthony and Shai-Gilgeous Alexander, just to name a few. Certainly a varied cast of opponents.

Failing to mention Kuzma’s legend inside of five minutes would be a disservice, because, well, you’ll hear about it on nearly every single Wizards broadcast. Only a handful of people in human history have shown more exuberance about anything than Washington’s play-by-play crew when discussing “Klutch Kuz”: Anthony Edwards when ranking fast-food french fries, JAY-Z the first time he heard the “Dirt Off Your Shoulder” beat, and pretty much anyone who has ever done a Nardwuar interview.

Having said this, it’s easy to understand NBC Sports Washington’s fascination with Kuz in crunch time. His 3.0 points per game lead the Wiz in the clutch, and he’s posting a 70.6% True Shooting percentage when it matters most. He’s already nailed not one, but two game-winners as a Wizard, sending the Pistons’ fans home with a cheery wave and a toothy smile after a cold-blooded three. Truly villainous stuff from the hometown kid, if I do say so myself.

It’s been quite the revenge tour for Kyle Kuzma this year. Dangled in trades for almost the entirety of last season, his former employer sent him to the nation’s capital in the Russell Westbrook blockbuster. Shortly after, the Brooklyn Nets felt a trade exception (that will likely go unused) was more valuable than his services in the Spencer Dinwiddie sign-and-trade. In the moment, it seemed quite telling that two teams on the brink of a championship said, “Nah, I’m good” to Kuz.