VIDEO: Cops Find Inmate Hiding In Storm Drain After He Escaped During Transit

“Fortunately, it was just storm water and not sewage,” one of the arresting officers said.
By Lee Bullen January 13, 2022
Facebook
Twitter
Linkedin
Email 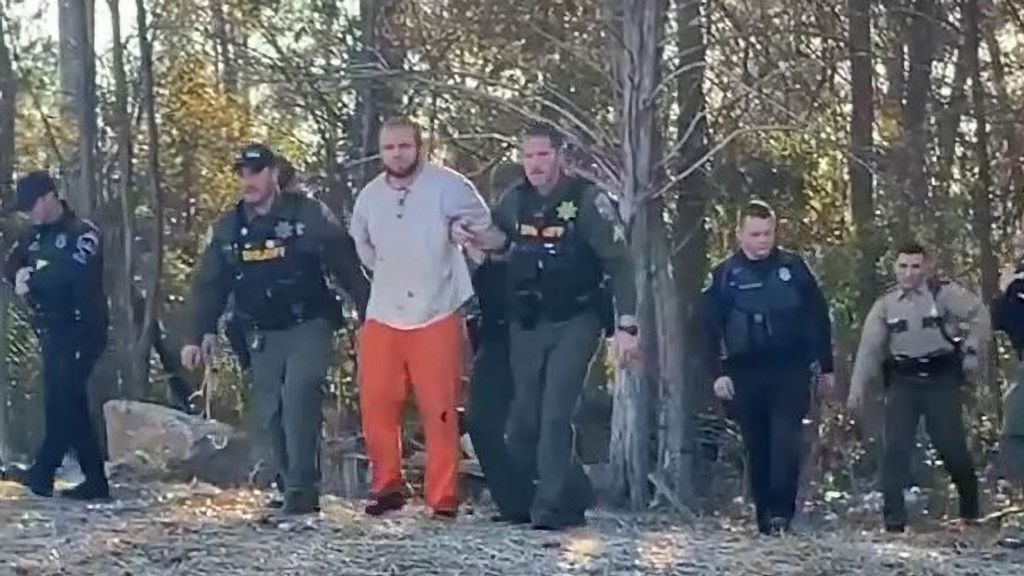 Christopher Taylor, who escaped police custody while being transported to face charges in another county, is escorted by deputies after he was found hiding in a storm drain in a wooded area on Jan. 12. (Murfreesboro Police Department/Zenger)

An inmate accused of assaulting a deputy in Tennessee and escaping was back in custody after a four-hour search on Jan. 12, Rutherford County Sheriff Mike Fitzhugh said in an online post.

Christopher Taylor, 24, of Cleveland, Tennessee, was being transported from Benton County to Cleveland in Bradley County when he escaped at about 11:20 a.m. on Interstate 24 behind the Knights Inn on South Church Street near Murfreesboro, Tennessee, the sheriff and the Murfreesboro Police Department said.

Video posted by the sheriff’s department shows Taylor’s arrest after deputies find him in a storm drain in a wooded area near the interstate. The video shows one officer with a K9 dog at the scene and nearly a dozen deputies and police escorting Taylor, who is handcuffed after his capture.

Benton County Sheriff Kenny Christopher said during a news conference on Jan. 12 that Taylor faced drug charges in Bradley County, and a deputy was returning him there.

”The corrections officer fought with Taylor on the side of the road. … An unknown truck driver pulled them away from each other,” Christopher said.

Sheriff’s Sgt. Nick Coble and Sgt. James Holloway were searching for Taylor when Coble “noticed fresh rust on a sewer cover and thought it was strange.”

“When I pulled it up, there he sat on a ledge,” Coble said. “Sergeant Holloway helped pull him out of the hole.”

Holloway said they handcuffed Taylor and placed him on the ground.

“Fortunately, it was just storm water and not sewage,” Holloway said.

“Our concern is for people and ensuring they are safe and no harm comes to any of our citizens,” Fitzhugh said. “That is why we commit so much manpower in taking someone into custody as soon as possible.”