The endangered creature had been stranded for weeks in a shallow river before conservationists came to the rescue.
By Lee Bullen January 12, 2022
Facebook
Twitter
Linkedin
Email 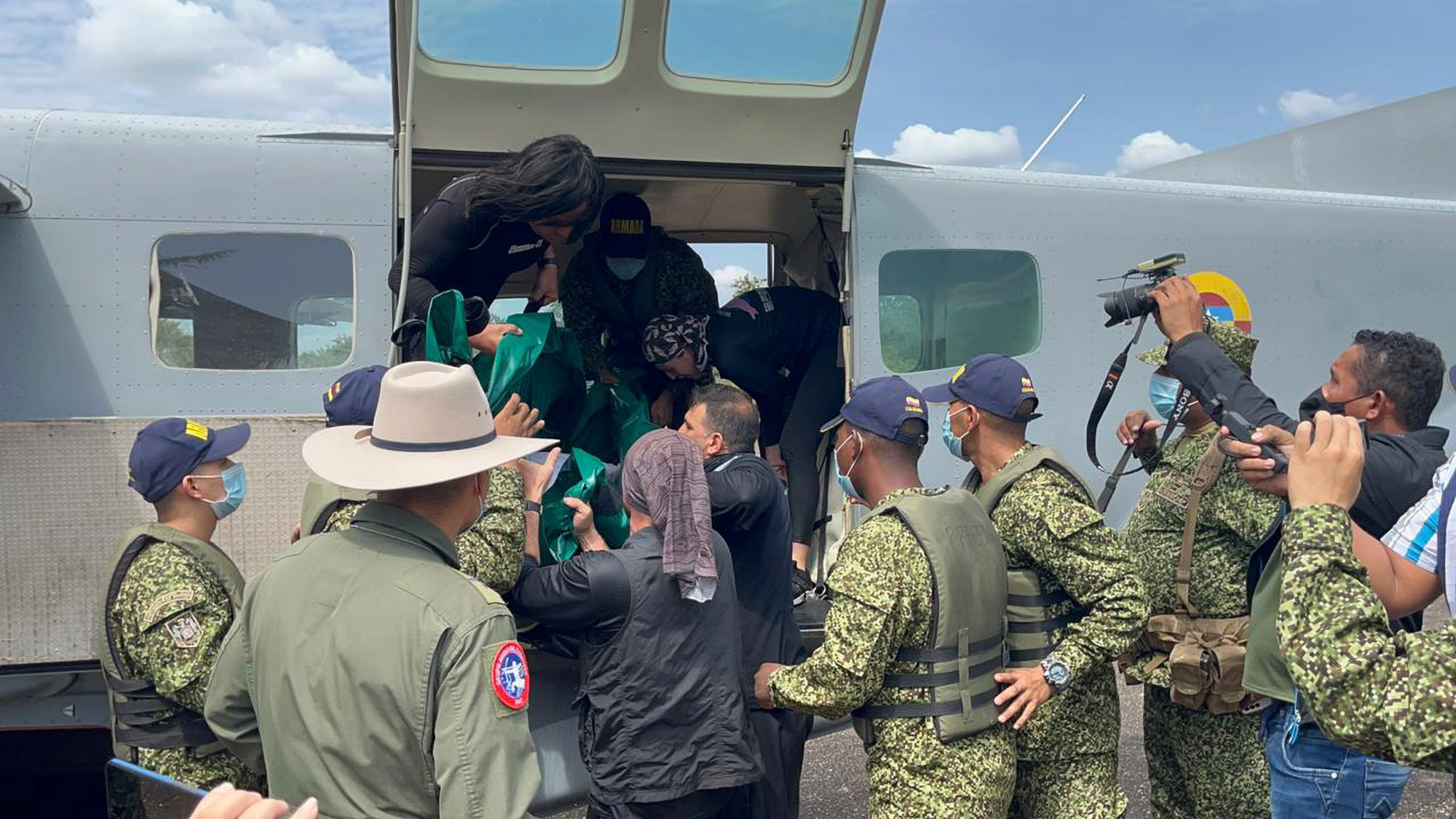 A pink dolphin stranded in a river was rescued in Casanare, Colombia, in January. (Colombian Navy/Zenger)

Colombian Navy personnel and conservationists rescued an endangered pink river dolphin that had been stranded for over a month and released it into safer waters.

The pink river dolphin, also known as the Amazon river dolphin, was rescued from shallow waters in the Pauto River in the Colombian department of Casanare.

“A pink dolphin that was at risk of death, due to shallow water levels in the Pauto River, was rescued, transferred and later released into the Meta River near the municipality of Orocue,” the Colombian Navy said in a statement on Jan. 10.

“The operation was coordinated by the Autonomous Corporation of the Orinoquia Region and included units of the Colombian Navy and Colombian Air Force deployed in the Colombian East, as well as personnel from the Omacha Foundation and the community in general.

“The enormous mission began in the village of Brisas del Pauto, Pore Town, Casanare, where the specimen had been stranded for over a month.

“From there, the dolphin was extracted from the river and transported on a truck to Paz de Ariporo, where an Air Force plane was waiting to take it to the municipality of Orocue, with all security and life preservation measures in place. Finally, the dolphin was successfully released in the waters of Meta River.”

The navy said it was committed to the environmental conservation and protection, “developing operations that protect the country’s fauna and flora.”

“It should be noted that this species of aquatic mammal, scientifically known as Inia geoffrensis, has a presence not only in Colombia, but also in Bolivia, Brazil, Ecuador, Peru and Venezuela, and has been classified as endangered by the International Union for the Conservation of Nature,” the statement said.

The dolphin’s unusual pink color is attributed to scar tissue from fighting over conquests. The brighter the pink, the more attractive males appear to females, especially during mating season. The males may turn pink as their bodies accumulate more battle scars.

However, the animals face possible extinction. The International Union for the Conservation of Nature Red List lists five species of freshwater dolphins that are classified as endangered or critical.

While freshwater dolphins have few predators, aside from large sharks that attack their young, the decline in population is a result of human activity and development of their habitat, such as damming rivers, pollution and becoming bycatch during commercial fishing, according to the Effie Yeaw Nature Center.