Bark From The Dead: Pups Missing For A Month Found Alive At The Bottom Of A Well

The dogs were close to death before firefighters rescued them and returned the pair to their owners. 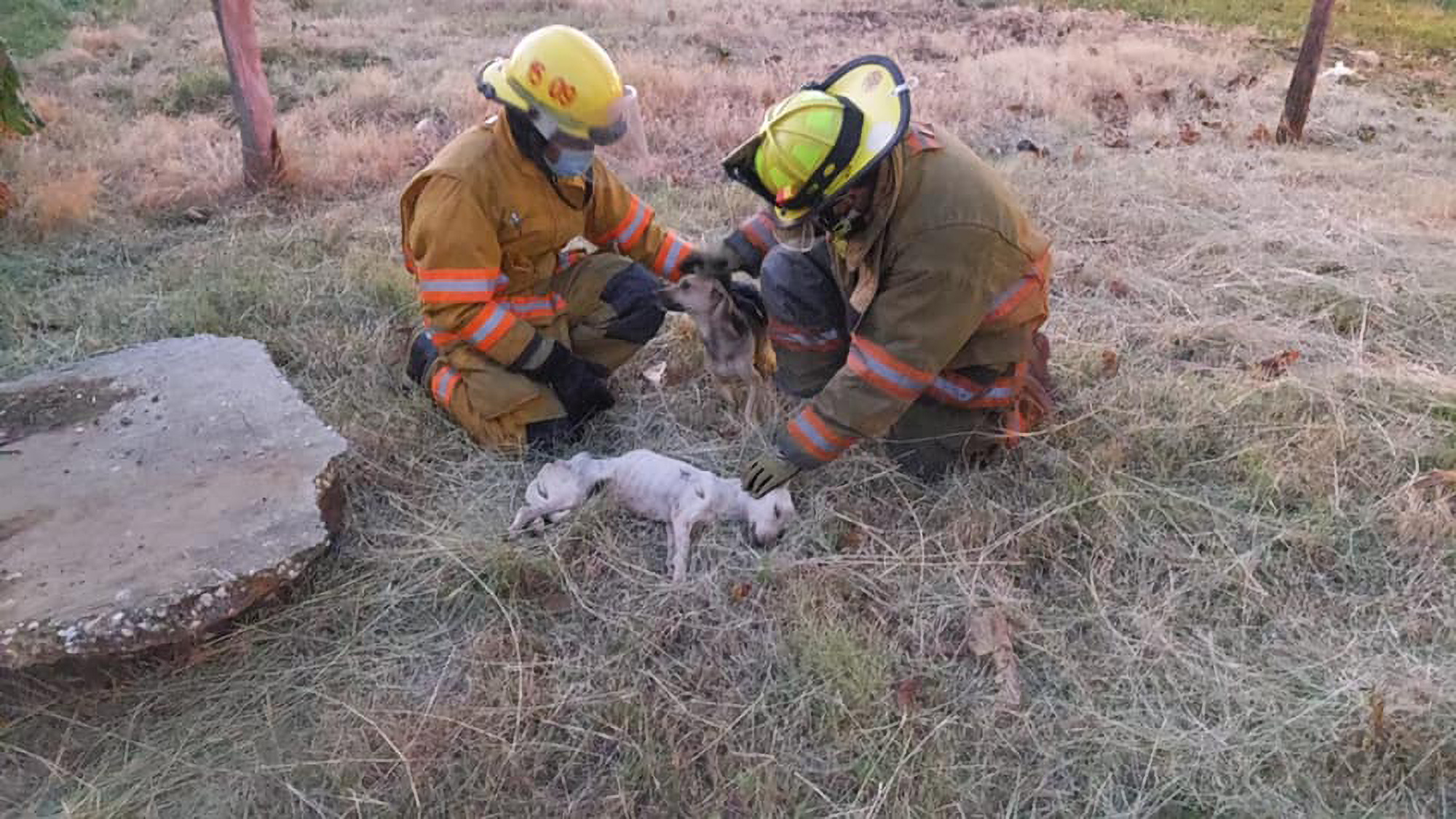 Two dogs that had been missing for a month were rescued from a well in in the province of Guanacaste in Costa Rica. (Fire Department of Costa Rica/Zenger)

Two dogs missing for a month have been found barely alive at the bottom of a well.

The missing canines were rescued by the Costa Rican Fire Department in the San Cristóbal neighborhood, in the province of Guanacaste, Costa Rica, on Jan. 8.

In a statement, the fire brigade said both dogs were found alive at the bottom of a 16-feet deep well, although one animal was severely dehydrated and needed urgent care.

The dogs’ owner reported them missing in December, and all search efforts to locate them were unsuccessful.

The dogs were returned to their owner, and firefighters instructed the owner to take the animals to a veterinarian for treatment.

The owner, name not disclosed, said search teams were unable to find the dogs following their disappearance, adding it is a huge relief to have them back home.

The fire department said: “We wish a speedy recovery for our four-legged friends.”

It is unclear how the dogs were found and who reported it to the fire brigade.

Fire departments in the U.S. have also been called to rescue animals in similar situations.

A calf fell down a Medway, Massachusetts, well in October 2021 and had to be rescued by the local fire department.

“There is no such thing as a typical day in the fire service. Today, members of Medway Fire Department Group 3 executed a technical animal rescue at a local farm after a calf fell into a 20-foot deep well,” the Medway Fire Department wrote on Facebook. In their post, the fire department shared two photos, including one showing the firefighters moving the calf out of the well, where the animal was in serious risk of drowning.

A month earlier, in September 2021, Illinois firefighters saved a dog named Rico who had stumbled into a well. Two fire departments spent a night rescuing the animal. The Prairie Town Fire Department wrote on Facebook that Rico was exploring his neighbor’s yard when he accidentally fell 40 feet into a narrow well. His rescuers utilized a pulley system to save hims.

But open wells are not the only threat to animals.

The same day the Costa Rican Fire Dept. rescued the two dogs, Jan. 8, firefighters in Italy rescued a canine pair from a fox den. The dogs had chased a fox, then got trapped in its lair. Firefighters from Lomazzo and Bergamo, trained in animal rescue, used their hand to dig out the frightened animals.