Motorist high on drink and drugs forced to release the animal back into the wild DUI stop. 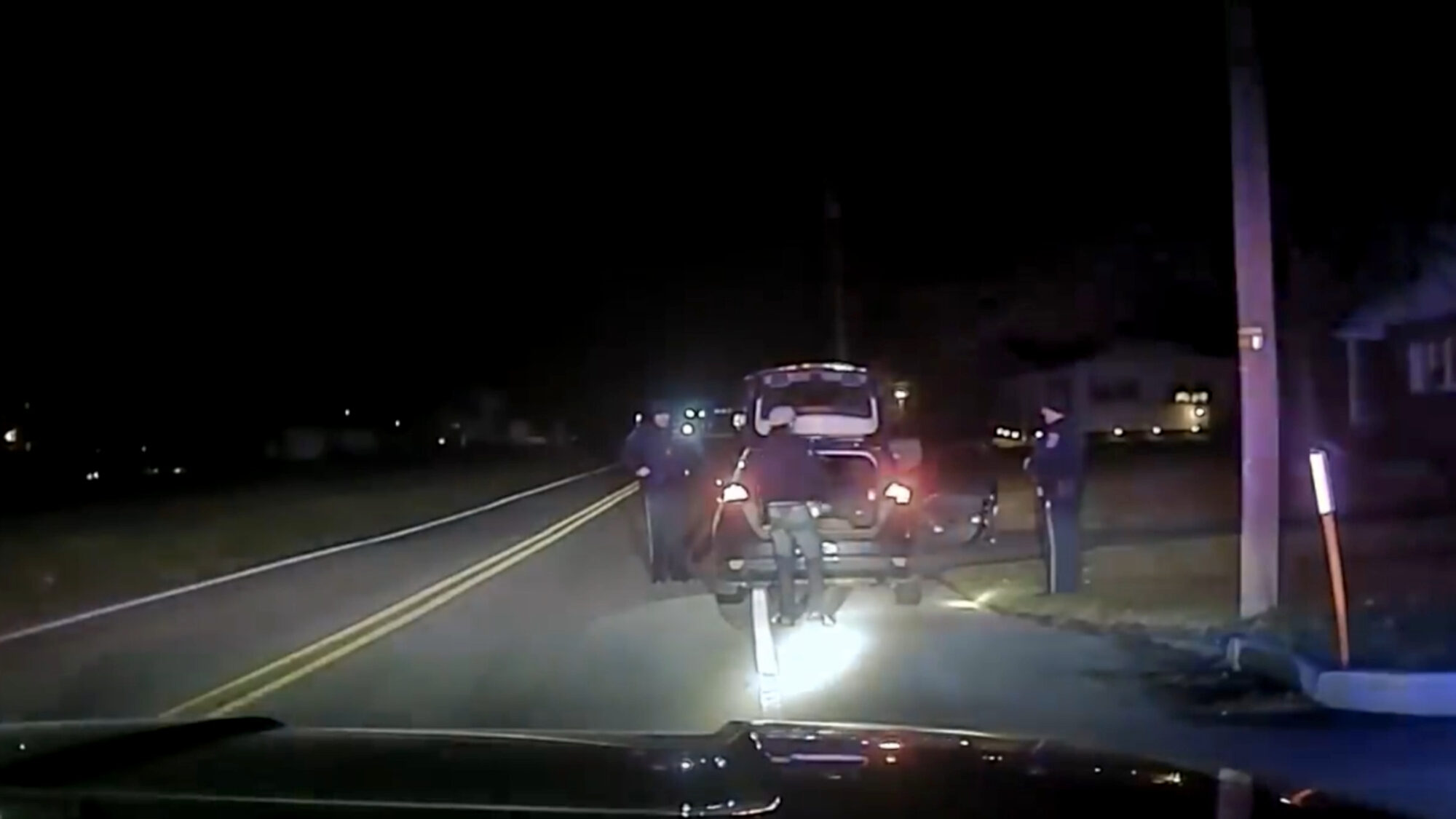 Pennsylvania cops watched as a man removed a live deer from the trunk of his car during a DUI traffic stop and crossed the road to release the struggling animal.

The incident took place in the area of Old Trail Road and Old York Road in York County, Pennsylvania, about 100 miles west of Philadelphia, on Jan. 6 at around midnight. It occurred when Newberry Township police officers carried out a traffic stop.

As officers spoke with the driver and a passenger, they noticed a live animal in the back of the car.

The footage, shot from a police vehicle, shows the stopped car with the police officers inspecting the truck. One of the suspects, a 21-year-old man from York Haven, then climbed out and opened the truck of the vehicle and removed the live deer.

The suspect, one of three occupants, including a driver, appeared to be under the influence of alcohol, according to police. The man carried the animal across the road in the video and released the deer into a nearby field.

The occupants of the car, which also included an older man and the 19-year-old female driver, were not named by authorities.

The driver and her passengers said the vehicle hit the deer, which they thought was dead. They had placed it in the trunk. It is unclear what they planned to do with the deer.

A short while later, they said, they realized the animal was still alive, but they continued to drive. The police said the driver was taken into custody on suspicion of driving under the influence, and the Pennsylvania Game Commission was assisting them with their investigation.

The deer is believed to have made it safely into the wild. It is unclear if the deer suffered any injuries when it was hit by the car.

Deer are more active in the fall, when they look for mates. Also, as hunters take to the woods, the animals are forced to move elsewhere. Deer feed at dusk and dawn when drivers’ visibility is low.

“Deer gobble up resources and manpower and cause a lot of crashes,” Steve Limani, spokesman for the state police, told Trib Live.

There were 651 reports of vehicle crashes involving deer in Allegheny, Armstrong, Butler and Westmoreland counties in Pennsylvania in 2020, according to PennDOT.