Firefighters had to demolish the fireplace to rescue the intruder.
By Lee Bullen January 11, 2022
Facebook
Twitter
Linkedin
Email 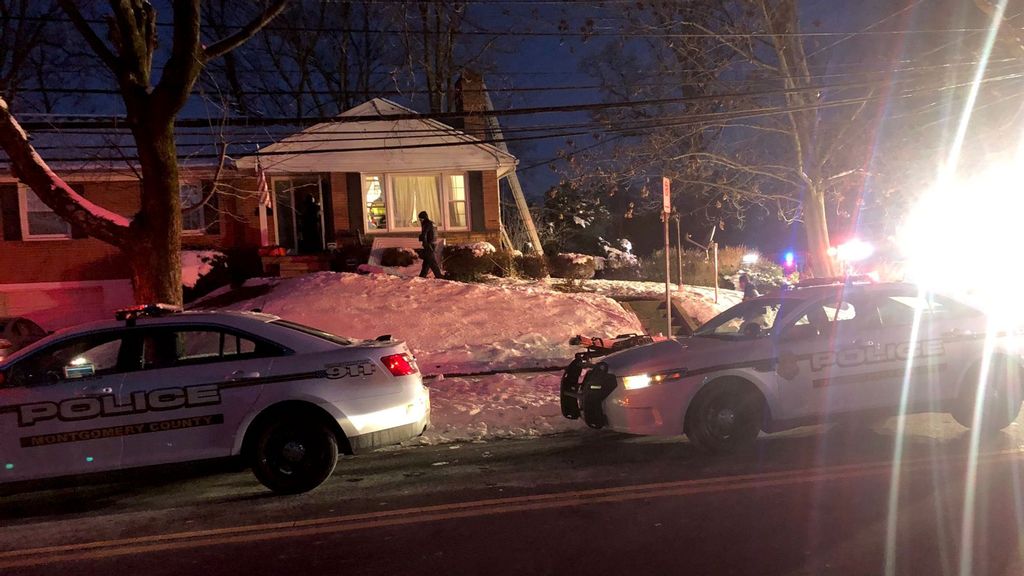 A man got stuck in a chimney during attempted burglary in Silver Spring, Maryland, and was rescued by firefighters on Jan. 8, 2022. (Montgomery County Fire and Rescue Service/Zenge)

Maryland firefighters dismantled a fireplace after a burglar tried to climb down the chimney and got stuck.

The attempted robbery took place at a home in Silver Springs, Maryland, at around 5:30 a.m. on Jan. 8.

At first, a resident called authorities to say noises were heard outside at 3:30 a.m. Police responded, but found no signs of an attempted break-in and left.

However, the resident said he heard moaning inside a wall of the home, thinking the suspected burglar may have been trapped inside the chimney. Police returned and noticed the top of the chimney had been removed.

The adult male was rescued after two dozen firefighters responded to the call for help. In order to free him, they had to break through the wall and take the chimney apart, brink by brink, according to officials.

Montgomery County Fire & Rescue Service spokesperson Pete Piringer said on social media on Jan. 8 that a fire crew was sent to the house to help the police remove “a man stuck in chimney” just before 6 a.m., confirming the suspect was “not authorized to be there.”

Piringer said the suspected burglar was later “transported to trauma center.” He is expected to survive, as his unspecified injuries are nonthreatening, according to police.

The suspect has not been named, and it is unclear if he has been charged yet by the authorities.

Photos illustrate the extent of the damage left in the home, which is owned by Holy Cross Hospital, according to NBC4 Washington. There is a large hole in the wall and debris is stacked up around the fireplace. Bricks and rubble were also piled up outside the home.

Any information regarding the man’s identity or if he could face any charges was not immediately known.

Getting stuck in chimneys is a rare occurrence, although it has been recorded in previous burglary attempts. A California man was arrested in mid-December 2017 after he tried to burglarize a business by slipping down a chimney — but got stuck instead. Jesse Berube actually called 911 and was rescued. Berube was uninjured, but later arrested for burglary.

However, in the 1800s, chimney sweeps were young men and small boys, and it was not uncommon for youngers to get trapped in narrow chimneys, leading to their death.