Kingpin used encrypted phone to order kilos of the drug from contacts in Dubai, police say. 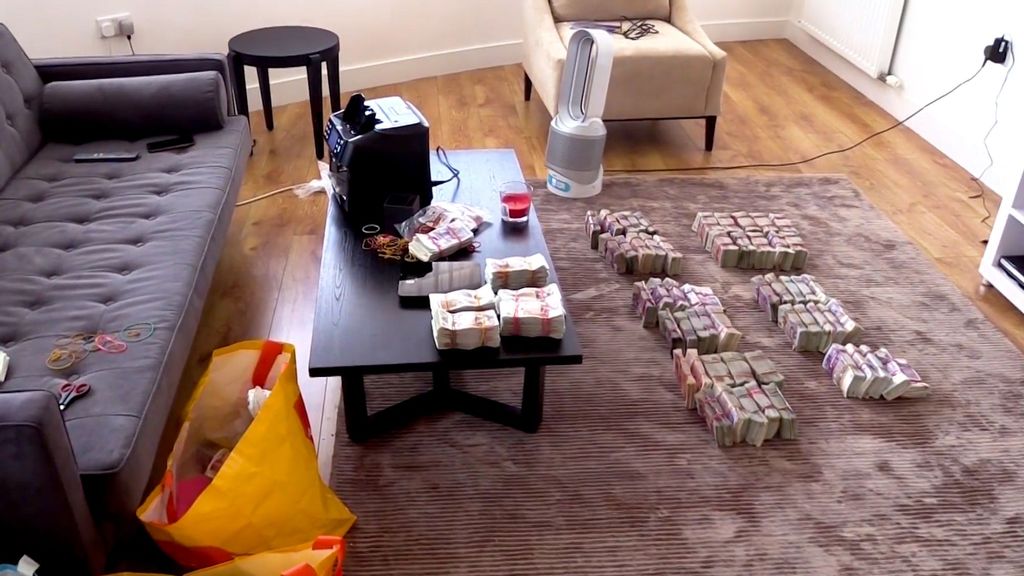 Police raided an apartment used by Nimrat Bahia and found him in the middle of counting $678,000 in cash generated from selling cocaine in England in June 2020. (Derbyshire Constabulary/Zenger)

Twenty-one gang members have received sentences totaling 167 years for their roles in importing cocaine into England and distributing it throughout the country, police said.

The group was led by Paldip Mahngar, “who organized in the region of 100kg of high-purity cocaine from his unassuming terraced house in Willow Close, Darley Abbey,” the Derbyshire Constabulary said.

Mahngar was sentenced to 18 years and three months for conspiracy to supply cocaine and conspiracy to conceal, disguise, convert or transfer criminal property, police said.

“The 45-year-old used an encrypted EncroChat phone to order multiple kilos of the drug from contacts in Dubai – which was then distributed across the country by Jaswant Kajla,” according to the investigation by the East Midlands Special Operations Unit.

“From his home in Bluebird Drive, Coventry, Kajla organized the logistics of moving the drugs, along with the collecting of money from the gang’s customers. [He] ensured that those delivering the cocaine had well-rehearsed cover stories as couriers who could deny their knowledge of the drugs they were delivering.

“The money collected was dealt with by Manraj Johal, the gang’s accountant,” police said, who. “kept detailed Excel spreadsheets that showed the incomings, outgoings and expenses of the gang.”

Johal used another encrypted phone to contact “the upstream suppliers” of the drugs to update them about how much money was being made, police said.

The gang had two “offices,” according to police — in Luton and Derby — where millions of dollars flowed through from their cocaine sales. Police said the gang made an estimated $25 million between March 16 and April 30, 2020. Based on that amount, officers estimated the gang’s total earnings over the 408-day conspiracy to be $224 million.

The Derby office, run by what police described as the last top-level member of the gang — Manvir Singh (also known as Manveer Khakh). — was responsible for counting, bundling, vacuum packing and then assigning an individual token number to each bundle of cash.

Singh would then meet with couriers who moved the cash to other gang members around the country, police said.

Police said the four leading members of the gang — Mahngar, Singh, Johal and Nimrat Bahia — traveled to Dubai to meet their contacts, “bragging that the person they were visiting was on a ‘mil a week’ and wearing a $150,000 watch while spending $50,000 in a club on a Thursday night.”

The investigation into the gang’s operation “was well underway when detectives were supplied with further evidence of their criminality after the secure EncroChat phone system the gang were using was taken down,” the Derbyshire Constabulary said.

“The system, which was used by criminals across the world, was infiltrated by law enforcement in Europe who then passed the information to U.K. authorities.”

The information gleaned from the messages allowed officers to target the gang and intercept multiple kilos of cocaine, police said.

“Further evidence discovered by officers showed that four of the men were also involved in the supply of heroin between January and February 2020,” police said.