Panicked screams could be heard from men, women and children having a hard time staying afloat in the fast-moving water. 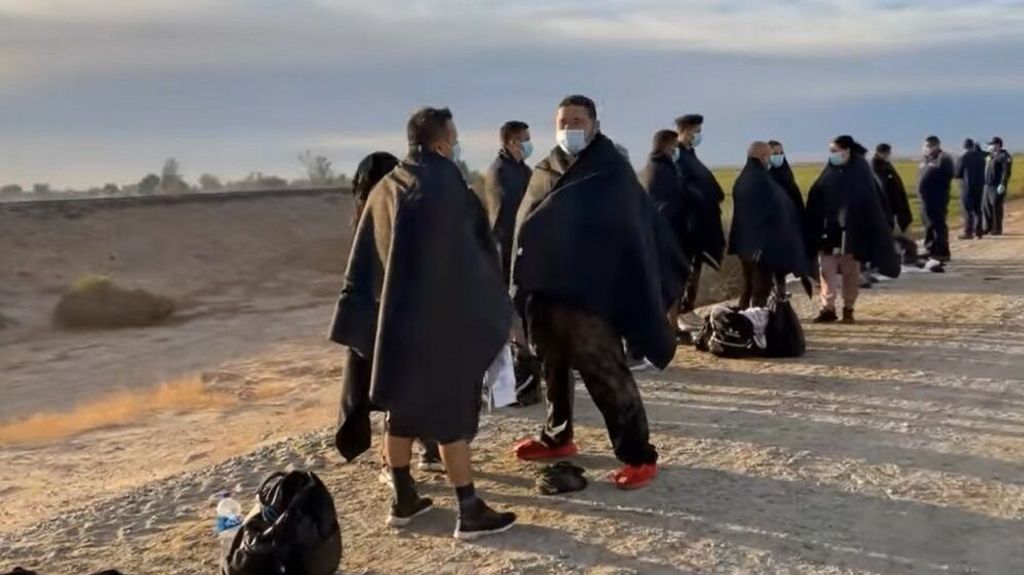 A Yuma, Arizona, sheriff's deputy and a U.S. Border Patrol agent helped rescue 25 migrants who were struggling to stay afloat in a canal. (Yuma County Sheriff/Zenger)

A sheriff’s deputy in Yuma, Arizona, helped pull 25 migrants, including a number of children, from a canal after they had jumped in and were trying to swim across. Yuma is 10 miles from the Mexican border.

Video posted online shows the deputy and a Border Patrol agent helping the migrants out of the water on Jan. 8.

“I need assistance, I have people drowning,” the deputy said over the radio after driving past people in the canal, according to the video posted by the sheriff’s department.

“At approximately 8:04 a.m., a Yuma County Sheriff’s Deputy was on patrol on the Levee Road and County 13&half; Street when he observed a group of people jumping into and swimming in the canal,” the Yuma County Sheriff’s Office posted online on Jan. 8. “As he approached, panicked screams could be heard from men, women and children having a hard time staying afloat in the water,” which was fast-moving.

“The deputy exited his vehicle and deployed ropes and tow straps to assist with pulling the near drowning victims to safety. He continued assisting the distressed group until he assured all individuals were out of danger.”

A Border Patrol Agent, who was patrolling the opposite side of the levee, also assisted by deploying additional tow straps, the Yuma County Sheriff’s Office said.

No major injuries were reported.

“It was learned that the individuals were part of a group that had entered into the United States illegally and were en route to continue their journey into the country,” the sheriff’s office said.

Border Patrol agents arrived on the scene to process the migrants accordingly, the sheriff’s office said.

“I think the thing that stood out to me the most is how small the children were,” Juanita Molina, executive director of Border Action Network, told NBC 12 News in Phoenix, Arizona.

“That’s where we’re seeing the severity of this crisis, and the potentially lethal consequences for the vulnerable populations who are crossing right now,” Molina told 12 News.

Molina said people making their way to the United States are growing more desperate and willing to chance the tough terrain to make it into the country.

“What we hear over and over again when we speak to migrants who have crossed is even though these are very dangerous circumstances, it’s always the same answer: ‘We’d rather die trying,” Molina said.