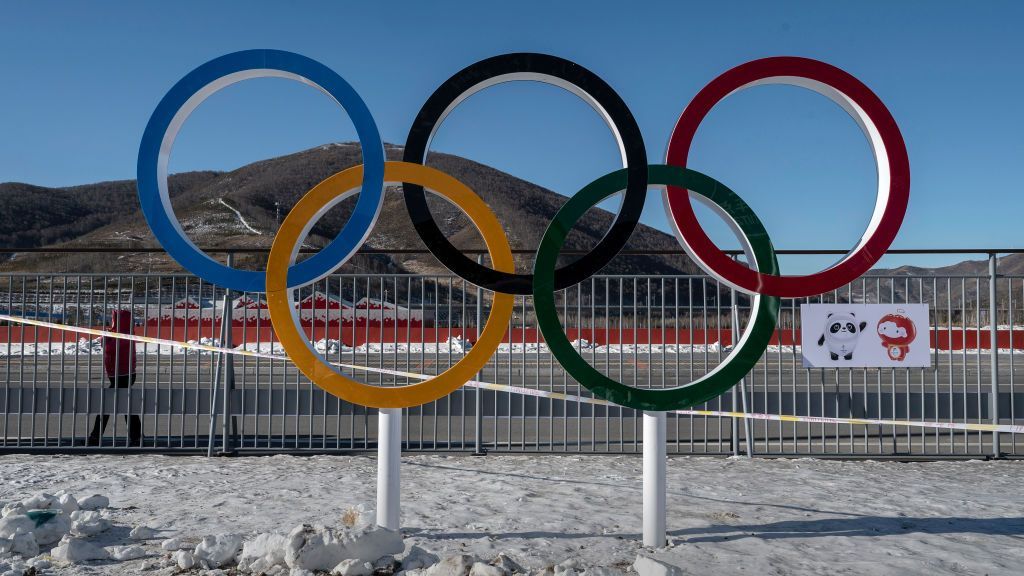 The Olympic Rings are seen inside one of the Athletes Villages for the Beijing 2022 Winter Olympics in Hebei province, northern China. The Winter Olympics are set to open Feb. 4. (Kevin Frayer/Getty Images)

Dutch athletes set to travel to the Winter Olympics in Beijing next month will need to leave their phones and laptops at home in an unprecedented move to avoid Chinese espionage, Dutch newspaper De Volkskrant reported on Jan. 11.

The Dutch Olympic Committee, known as NOCNSF, proposed the measures, reported as “urgent advice” to athletes and supporting staff to not bring any personal devices to China. The committee issued the advisory to prevent interference by Chinese state agents.

It is the first time the NOCNSF has urged such precautions, the newspaper said, citing “conversations with those involved.” Maurits Hendriks, the committee’s technical director, told the outlet that precautions were being taken, but declined to outline specific measures to protect the country’s athletes.

China is removing its internet censorship, known as the Great Firewall, for the athletes so that they can use social media programs such as WhatsApp, but experts warn that the authorities will still be monitoring social media.

Dutch team members will be equipped with unused devices in China, to protect their personal data from Chinese surveillance, according to De Volkskrant.

The NOCNSF was reportedly briefed two months ago by the National Coordinator for Security and Counterterrorism and the country’s intelligence service about the situation in China.

“That is usual,” Hendriks said. “In doing so, we zoom in very closely on the security situation in a country, on the political context, but also on cybersecurity.”

Australian security experts warned in December that athletes going to Beijing should be aware of extensive Chinese espionage. Phones belonging to Dutch officials and diplomats who have been to China have, for years, systematically been destroyed immediately upon their return.

At the 2018 Olympics, Dutch speed skaters won seven of 10 individual distance races. Some of those gold medalists won’t make the team this year. Only one won an event at trials.

The United States and some other Western countries have announced diplomatic boycotts of the Beijing Olympics. China warmed the countries that they would “pay the price” for such actions.