Bowled Over: Goldfish Trained To Drive Their Mobile Tank 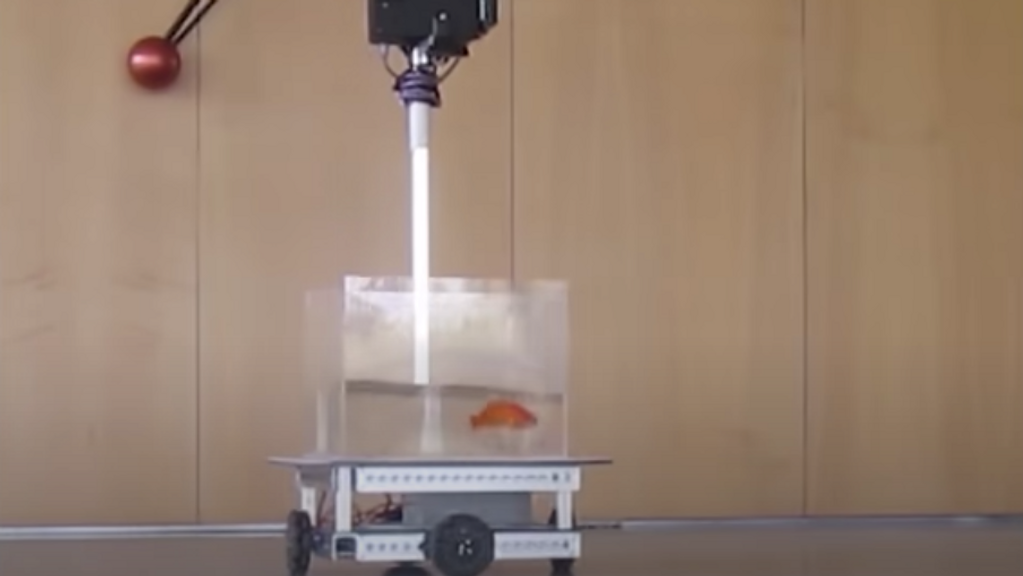 In a recent experiment, six goldfish operated their own vehicle, proving that they were able to navigate even on land. (Ben-Gurion University)

In a recent experiment, six goldfish operated their own vehicle, proving that they were able to navigate even on land.

In a study published recently in the journal Behavioural Brain Research, the scientists described how they tested the navigational skills of the fish.

To determine whether these skills are dependent on being in water, the researchers built a robotic fish tank on wheels with a camera system that recorded and translated the fish’s movements.

The goldfish were able to control the vehicle by their movements, giving directions such as forward, backwards and side to side.

The scientists placed a visible target on the wall on the opposite side of the laboratory. The scientists then trained six fish, in their special wheeled tank, to reach the target.

After the training, which took several days, the scientists then placed obstacles and false targets in their way. Even when the fish bumped into a wall or hit the obstacles, they were able to change directions and drive their vehicle successfully to the target.

The study was conducted by Shachar Givon, a PhD student in the university’s life sciences department, and Matan Samina, a master’s student in biomedical engineering under the supervision of professors Ohad Ben Shahar and Ronen Segev.

The study, said Givon, suggests that a fish’s navigational skills are not dependent on its natural environment but is a basic ability.

The researchers also found that goldfish have “a cognitive ability to learn a complex task in an environment completely different from the one they evolved in,” Givon said.

The fish might not have use for a driver’s license, but they needed some training.

“Anyone who has tried to learn how to ride a bike or to drive a car knows, it is challenging at first,” Givon said.

«Previous Post
VIDEO: Lava Flows Across Isabela Island In Galapagos After 7-Year Calm»Next Post
Bark From The Dead: Pups Missing For A Month Found Alive At The Bottom Of A Well