River fish was last seen alive in Ohio in 1939. 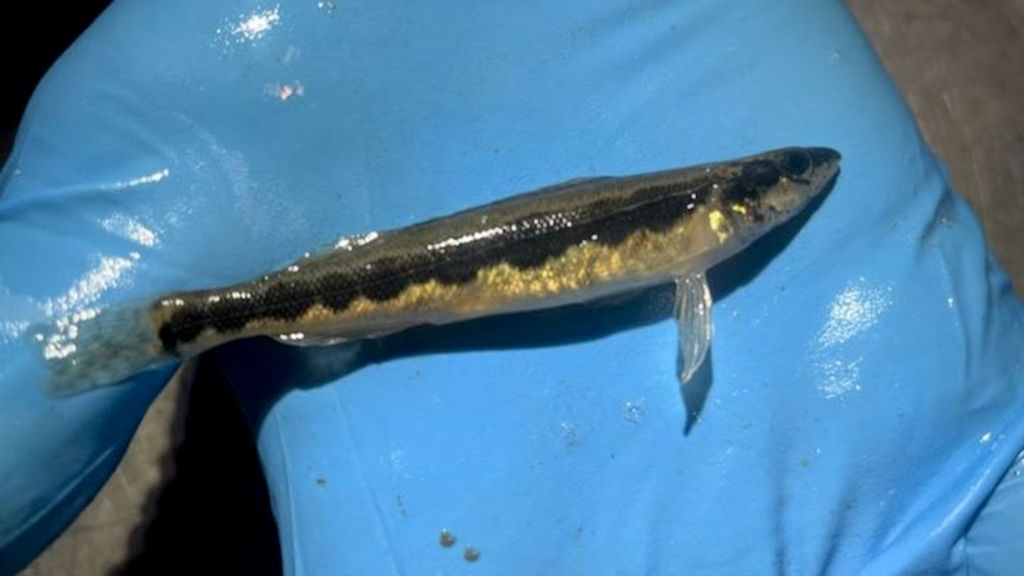 Longhead darter, a fish thought to be extinct in Ohio, was found last fall in the Ohio River for the first time since 1939. (Ohio Division of Wildlife/Zenger)

A little-known fish thought to be extinct locally has been rediscovered in the Ohio River for the first time since 1939.

The fish, known as a longhead darter, is so rare that the International Union for Conservation of Nature does not list its status due to a lack of data.

The Ohio Division of Wildlife said in a statement that fish management crews captured two this fall during Ohio River electrofishing bass surveys.

The wildlife division posted a photo online with the message: “Who dis? Believe it or not, it’s a longhead darter!

“Why are we so excited? This striking creature, native to Ohio, was thought to be extirpated from the state.”

For those who don’t know what ‘extirpated’ means, the wildlife division explained. “The term refers to species that are locally extinct but not gone completely from the planet. Fortunately for the longhead darter and for those of us concerned, this species is not extirpated in the Buckeye State.”

The department said these were the first longhead darters captured in Ohio since 1939, “when Milton B. Trautman captured 7 in the Walhonding River, a principal tributary of the Muskingum River in east-central Ohio.”

Longhead darters have a series of black blotches down their side that are connected by a broad lateral stripe, according to the Guide to the Fish of Ohio. “Their blotches are never taller than they are wide. They differ from the very similar dusky and blackside darters in having a series of 3 dark spots along their jaw line on each side of the head.

“The largest and most posterior of these often connects with a rather distinct tear drop forming a dark crescent from the eye down to the rear of the jaw. Longhead darters also have a narrow dusky band in their first dorsal fin near the base of the fin. The rest of their fins have many small spots often forming rows. This species of darter never has bright colors on their body.”

Longhead darters are found in fast-moving streams and rivers. They are typically found in pools with swift current near boulders or cobble-sized rocks, according to the Guide to the Fish of Ohio. At the time of the guide’s publication, only seven longhead darters had ever been found. All of them were found in the Walhonding River in Coshocton County.

Longhead darters spawn in spring. They lay their eggs in riffles burying them in sand or gravel. They provide no further parental care for the eggs or young.

The Ohio River is nearly 1,000 miles long, flowing southwesterly from far western Pennsylvania south of Lake Erie to its mouth on the Mississippi River at the southern tip of Illinois.