Greater Manchester Police in the U.K. pursued suspects one night and into the next morning.
By Lee Bullen January 7, 2022
Facebook
Twitter
Linkedin
Email 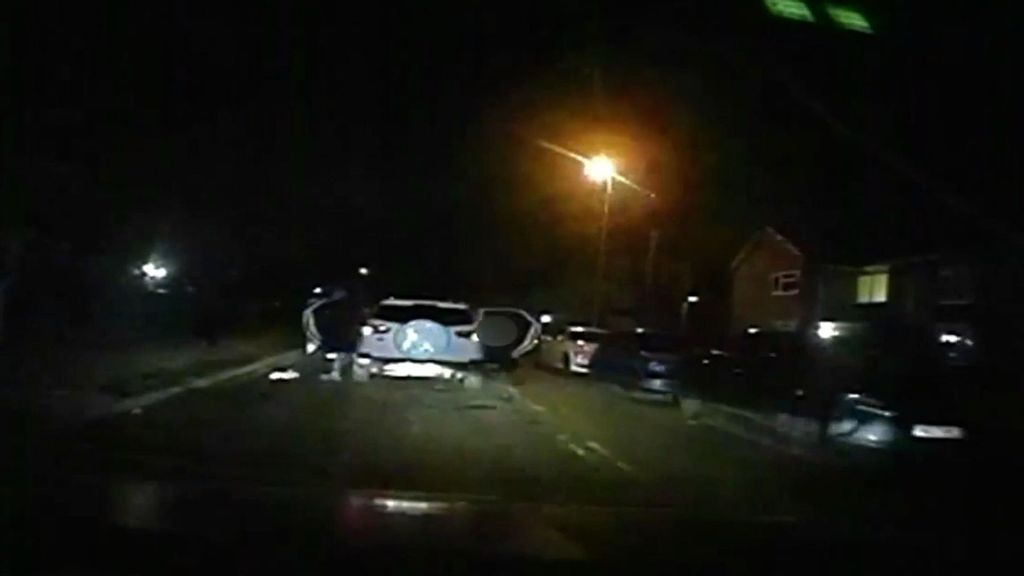 Greater Manchester Police in the U.K. had a busy night on Jan. 4 and into the early morning of Jan. 5.

The department’s Tactical Vehicle Intercept Unit took six suspects into custody on suspicion of offenses including theft, aggravated burglary and possession of a knife, police said.

A video posted online shows police chasing suspects in the Whitefield area of Bury early on Jan. 5. The video “shows the occupants of the pursued car attempting to make off from police before two men — aged 22 and 18 — were taken to custody after our canine colleagues helped detain them,” police said. They did not specify what the two men were charged with.

In other action on the night of Jan. 4, Greater Manchester Police said: “In south Manchester, our officers spotted a suspected stolen VW Golf potentially on cloned plates and pursued it in the Burnage area of the city before running after three men and detaining them.

“We also pursued a suspected stolen vehicle in the Ashton Under Lyne area of Tameside after a call came in reporting suspicious activity around a car that had been parked in the same spot for three weeks.”

A car matching the description was later spotted and pursued for a short time before the driver ran from the scene, police said. In the car, a large knife was found, and one man was taken to custody after a foot chase, police said.

“Across the Greater Manchester area they act on intelligence and reports from the public to continue to try and drive down vehicle-related crime in the region — under the codenamed #OpDynamo.”

In an update on another incident reported on Jan. 6, Greater Manchester Police said a banned driver from Lancashire who led police on a 15-minute high-speed chase in a stolen car has been jailed for two-and-a-half years.

“When he was arrested, officers found 15 car keys and a device for cloning car keys in the being car driven by Matthew Graham Towler. He also had a lock-pick on him,” police said.

Towler was sentenced to 30 months behind bars at Manchester Crown Court on Jan. 6 after pleading guilty to dangerous driving, driving while disqualified, handling stolen goods and going equipped for the theft of a motor vehicle, police said.