Police find and return cocker spaniel that was taken from the family’s garden eight years ago. 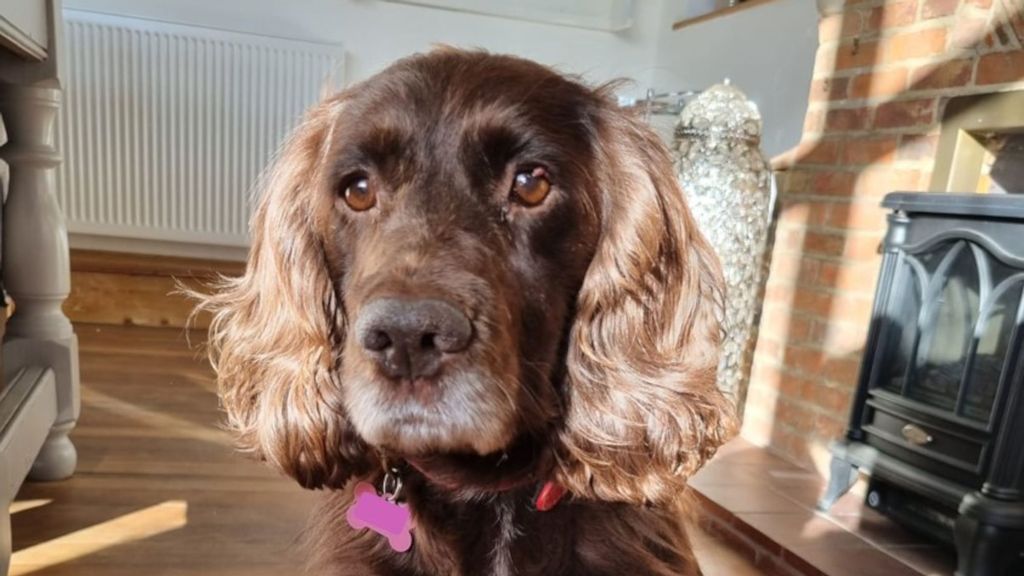 Cassie the cocker spaniel was recently reunited with her family eight years after being taken from the garden at the family's home. (Sussex Police/Zenger )

Video shows a family’s emotional reunion when Sussex Police in England deliver the dog that was taken from the front garden of their home in 2013.

Along with Cassie the cocker spaniel came three pups believed to be hers.

“It’s a priceless Christmas present to us as a family, and we want this to bring hope to others who have had their dog lost or stolen. Finally, we would like to thank the police and everyone involved in helping us retain Cassie and her puppies back to us,” the family is quoted as saying in a police statement issued on Jan. 6.

Sussex Police posted video online of the moment Cassie is reunited with her owners, whose names were not reported.

Police had conducted a number of raids in November looking for a stolen dog along with the Royal Society for the Prevention of Cruelty to Animals and Trading Standards, a consumer protection department, following a tip from a member of the public.

“Cassie was safely located along with some puppies who are thought to be hers,” Sussex Police said.

A spokesperson for the family said: “We are so thankful to have our Cassie back home, after eight years since being separated from her. Cassie has settled in very well and is enjoying her daily dog walks.

“As for the three puppies, they have all gone to good homes and are loving their new set family life.”

Oliver Fisher, rural crime team inspector for Sussex Police, said: “As is often the case, it was useful information from the public that assisted us, and we are grateful to them as ever for coming forward.

“Dogs can go missing on occasion, but it is extremely rare for dogs to be stolen. I would like to reassure the many thousands of dog owners in the county that with simple precautions, you need not fear this crime.

“I would encourage all dog owners to microchip their dogs, keep an up to date photo of the dog, and in the event that it goes missing, inform the microchip company and supply the police with a photo.

“We recognize the impact a stolen pet can have on a family, which is why part of the team’s remit is to investigate stolen dogs. In recent months we have recovered stolen dogs, and also assisted the Royal Society for the Prevention of Cruelty to Animals in seizing puppies being kept in appalling conditions in puppy farms.”

Fisher said the inflated prices of puppies, due to the pandemic, “have resulted in unscrupulous individuals breeding dogs purely for profit. I would urge anyone considering buying a puppy to think carefully about who they buy from. Insist on seeing the home where the puppies and mother are kept. Does the mother look healthy? Are the conditions acceptable?

“Prospective buyers who turn a blind eye to irresponsible breeders not only perpetuate the suffering of animals, but risk buying a puppy with significant health issues, which can be costly to treat and sometimes fatal.”

A spokesperson for the Royal Society for the Prevention of Cruelty to Animals said: “We assisted police officers as they executed warrants following information related to a stolen dog and were pleased to recover Cassie and three puppies and return her to her owners who were absolutely thrilled to have her home after so many years.

“The demand for pets has surged in recent years, particularly during lockdown and, as such, it appears that pet theft has become rife.

“If you believe your pet may have been stolen please alert the police as soon as possible.”