In a dash to revitalize Lagos, waterfront slums are being cleared 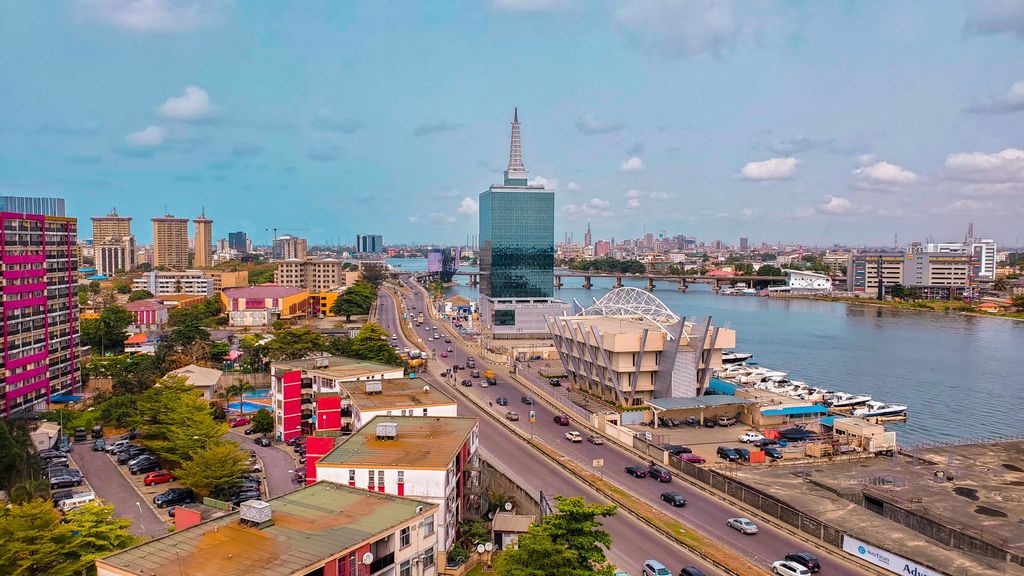 In a dash to revitalize Lagos, Nigeria, waterfront slums are being cleared, and luxury apartment towers are popping up. (Nupo Deyon Daniel/Unsplash)

LAGOS, Nigeria — Lagos, one of the world’s fastest-growing cities, is undergoing a dramatic urban makeover.

Despite the city’s reputation as one of the world’s poster children for urban problems, there is a persistent desire to position Lagos as a smart megacity.

“Transformation is a long-term endeavor for a megacity the scale of Lagos,” Lagos State Governor Babajide Sanwo-Olu told Zenger News.

“They are the reason why the city’s urbanization needs clear and consistent leadership, continual reform and innovation, significant interaction with the city’s private and corporate citizens, and massive investments.”

In a dash to revitalize Lagos, waterfront slums are being cleared, and luxury apartment towers are popping up. The construction of Eko Atlantic City, a wholly new urban zone built on ground reclaimed from the sea and protected by an 8.5-kilometer sea wall, is particularly noteworthy.

“The development was conceived as a way to recapture all the land lost to coastal erosion during the previous 100 years, provide long-term protection, and eventually become a business hub for West Africa and Africa,” Ronald Chagoury Jr, Vice Chairman, Eko Atlantic, told local media in 2018.

“Eko Atlantic is not a solution for Lagos residents,” Olajumoke Juliet Idowu told Zenger. “It is rather a future haven for the ultra-rich, where they may live in a climate-change-free environment. As a result, they forget about those in need.

According to Chagoury Jr, it’s a reputation they’ve been working to dispel. “We’ve always believed that this would be a city for the middle class and that it will continue to grow.”

According to estimates, “middle-to-high-income” accommodation can cost anywhere from $5,000 to $40,000 per year.

Estate Intel, a Lagos-based real estate market research and data company, once noted that developers or agents aim for the highest possible price with a negotiation window, arguing that “such requirements result in a greater than normal disparity between asking and achievable prices.”

Florence Oluwawumi is a Lagos resident who herself has borne the brunt of high rent. She said: “Many landlords in the city find it difficult to accept monthly rentals because of their significant financial obligations. While others are just taking advantage of the growing demand for housing.”

Emmaneddie Emmaneddie, an estate agent, told Zenger that “high-income professionals can easily afford the premium-priced apartments. It is the new employees and mid-level employees that are priced out of the Lagos Island, where multinationals and digital start-ups are situated.”

“The city’s enhanced infrastructure, economy, and security are just a few of many dramatic developments ushering in a new era of prosperity. And although the state still faces numerous obstacles, it is critical to recognize progress so that it can be closely guarded and built upon,” says Governor Sanwo-Olu.

Fidelis Akpom, a resident in the city’s mainland, believes that the mega projects in Lagos are a nightmare for the city’s rapidly increasing working class.

“They aren’t the type of urban planning required to address a growing population problem. The city hasn’t created the infrastructure to match many of the city’s growing demands,” he said.

Chimgozirim Nwokoma, a Lagos-based IT expert, believes it is past the time to diversify and bring growth to Nigeria’s other regions.

“The magnitude of Lagos State’s population is one of the key causes behind the state’s massive infrastructure challenge. However, if citizens have equivalent possibilities, they are unlikely to migrate to large cities like Lagos,” he said.

“The Plan will deploy a technological mix to solve problems in the state,” Gbenga Omotosho, Lagos State Commissioner for Information and Strategy, told Zenger.

“The ultimate objective is to foster a problem-solving culture and make Lagos a 21st Century Economy. Once concluded in 2030, high-speed internet will be delivered to homes, workplaces, and schools via fiber-optic infrastructure.”

Governor Sanwo-Olu says he believes his administration has the expertise. “What we need to do is provide direction to ensure that it happens. And it’s what we’ve been doing: providing the vision to make it happen,” he said.

“We are diligent in the plans and policies we implement to ensure that both the public and private sectors can meet the specified goals or objectives for the city’s development.”

“It will become increasingly easy to fulfill the stated objectives meant to build the city now that the government is diligent about the plans and policies it’s putting in place to ensure that both the public and private sectors thrive.”

Lagos Free Trade Zone (LFZ) is a private sector initiative built and administered by the Tolaram Group of Singapore. Already, 16 companies have spent more than $150 million in the zone, resulting in the creation of nearly 1,000 jobs.

“The Lagos Free Trade Zone’s mission is to do business in a sustainable and ecologically responsible manner for the benefit of both Nigeria and its stakeholders,” Dinesh Rathi, CEO of the Tolaram Group, told Zenger.

“The LFZ covers more than 350 hectares of land and is strategically located to service the entire country as well as the West African area.”

The adjacent Lekki Free Trade Zone is a mixed-development free zone that functions as a town with residential, commercial, industrial, and recreational facilities and is modeled after Chinese free zones.

“The Lekki Free Trade Zone was established as a spur for the development of Lagos’ eastern region,” Yonghua Ding, Managing Director of the Lekki Free Zone Development Company, told Zenger.

The Lekki Free Trade Zone also houses the Dangote integrated refinery — described as the world’s largest refinery of its kind, petrochemical, and fertilizer complex. With an estimated capacity of 650,000 barrels per day, the refinery is said to have already gulped at least $12 billion to build.

During a world press conference in Lagos, the President/Chief Executive of Dangote Industries Limited, Aliko Dangote, stated that the refinery is a lifetime project. He said that he is backing it up with his whole resources to ensure it is completed.

“I am giving it my all because I am aware that many people, usually governments, have attempted to deliver on refineries in the past. They weren’t able to. So, we’re investing our own money and effort to ensure that it is delivered because once it takes off, the capacity built will be very useful for the new Petroleum Industry Act.”

«Previous Post
VIDEO: Macaw Is A Pretty Boy Again With 3D-Printed Titanium Beak After It Was Ripped Off In A Fight