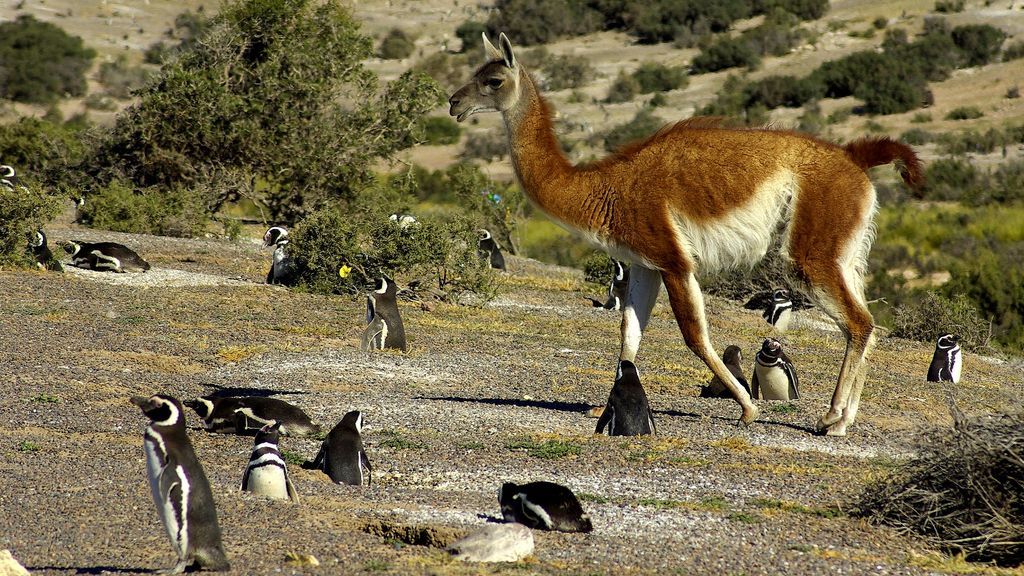 Extreme heat events can have a deadly impact on people and wildlife, as evidenced by a summer heat wave in 2019 that killed hundreds of penguins in Argentina, according to a new study.

When the temperature rose to 111.2 degrees (44 C) in one of the largest breeding colonies for Magellanic penguins, Punta Tombo in Chubut Province, Argentina, on Jan. 19, 2019, at least 354 penguins were killed by the heat wave.

“This extreme event fell near the tail end of the breeding season for Magellanic penguins, so it killed a large number of adults, as well as chicks,” said Katie Holt, co-author of a study published in the journal Ornithological Applications.

Holt is a doctoral student in biology at the University of Washington, which has sent research teams to Punta Tombo since 1982 to study the effect of rising temperatures on the penguins. Summer temperatures are typically in the 50s F to low 100s F. In 2018, a team had recorded a temperature of 109.4 F in the shade.

A similar event in North America showed the devastation extreme heat can have on humans.

On June 28, 2021, temperatures in Seattle, Washington, reached 108 F, while the village of Lytton in British Columbia, Canada, experienced the country’s highest-ever temperature of 121.3 F the next day, just before the town was devastated by a wildfire brought on by the heat wave. It killed 1,400 people.

The Jan. 2019 event in Punta Tombo affected penguin adults and chicks differently. 264 adult penguins — about three-quarters of the total — died, probably of dehydration, according to necropsies conducted by researchers. Of the dead adult penguins, 27 percent were found on paths leading from the breeding colony to the seashore where they could have obtained water. Penguins have glands that filter out salt from seawater.

The trip from breeding colonies to the sea can be as long as 3,280 feet, taking an adult Magellanic penguin about 40 minutes. Team members found dead adult penguins on their stomachs, with mouth open and feet and flippers extended, in a common cooling-off pose.

“Any mass die-off like this is a concern,” said Holt. “But what is most concerning about heat-death mortality is that it has the potential to kill a lot of adults.” Because they can live 30 years or more, adult penguins can breed many chicks, she added.

The team found that eight out of 10 dead adults were males, perhaps a reflection of the 3 to 1 ratio of males to females rather than a differential of survivability according to sex. The team’s research shows that this lopsided ratio has grown over time: adult females returning to Punta Tombo are fewer, probably because they are not finding enough food before going ashore to breed. This may be the cause of the drop in the size of the penguin colony since the 1980s.

The remaining 90 dead penguins were chicks. They probably met their ends not because of dehydration or lack of food but because their small bodies and full bellies did not allow them to adequately regulate their body heat, according to the study.

Different areas at Punta Tombo showed different responses to the heat during the spring and summer breeding periods of the Southern Hemisphere. In the center, about 5 percent of adult penguins died, but other areas had few or no deaths. Access to the sea, response to microclimates, and individual health factors may have affected their survival. Past mass mortality was caused by catastrophic rainstorms that killed chicks, primarily. One year, storms killed half of the recently hatched chicks. But the 2019 heat event, said Holt, causes concern because it affected breeding adults.

As extreme weather events and rising temperatures are expected to continue globally, the die-off at Punta Tombo allowed the team to register ways some species might adapt to climate change.

“Penguins could have the ability to cope, like moving breeding sites,” said Holt. “But it will take time to investigate whether those adaptations are effective.

«Previous Post
VIDEO: Nothing Fishy Here: 30 Pupfish, Extinct In The Wild, Hatch At Vienna Zoo »Next Post
How Anyone Can Reduce Their Carbon Footprint In 2022