The Case Against, And For, OKC Trading Shai Gilgeous-Alexander

Bryan Fonseca wrestles with the idea of Shai Gilgeous-Alexander’s future with the Thunder: To trade, or not to trade? 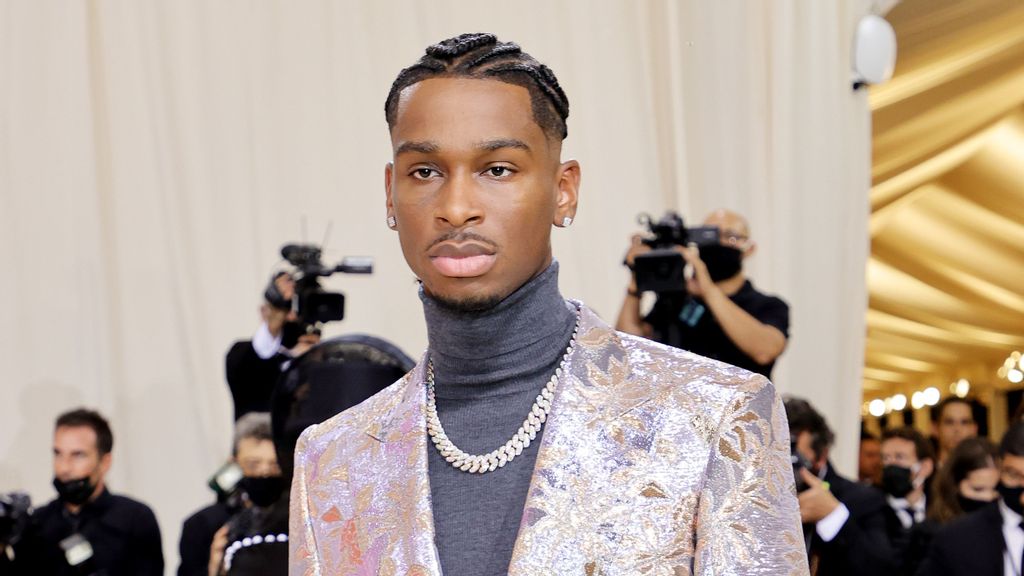 Though he agreed to a five-year, $172 million max rookie extension with the Oklahoma City Thunder in August, there’s enough general buzz and recent NBA history to suggest that Shai Gilgeous-Alexander might not finish that contract in OKC. (Mike Coppola/Getty Images)

Firstly, Shai, if you’re reading this, I hope you fully recover from COVID. We’re just sort of taking this whole pandemic thing for granted now, so let’s start there.

Though he agreed to a five-year, $172 million max rookie extension with the Oklahoma City Thunder in August, there’s enough general buzz and recent NBA history to suggest that Shai Gilgeous-Alexander might not finish that contract in OKC.

In fact, will he even start it? SGA’s extension begins in the 2022-23 season, as he is currently banking about $5.5 million in his last year with a rookie-wage scale. He also has a 15% trade kicker for what it’s worth.

Following Chris Paul’s 2019-20 OKC season, which ended in a seven-game playoff loss to the Houston Rockets in Round 1 in the Orlando Bubble, the Thunder have compiled a 35-73 record since. Currently, at 13-23, they’re one of about five or six teams you’d consider done, even though they’re a five-ish game winning streak from being in the mix. They’re definitely among the few not necessarily trying to win in the immediate future, which we’ll get to later. As a result, SGA’s name has been in trade rumors again, and it’s not the first time. Today, we’ll lay out the paths for OKC.

The Case To Keep

This one’s obvious — SGA is indisputably really damn good. Now, how good is up for debate, and honestly, we don’t need to litigate that right this second. If he’s not someone you build around, he’s someone worth building with; we could keep it at that and move on with our day here.

Despite the Thunder being 13th in the Western Conference, the 6-foot-6, 180-pound has a legit All-Star case again; this time, he has an outside shot at actually getting in this time. Sure, only 12 players get in per conference — it should be 15 — but this year of all years might have several replacements due to COVID and injuries.

Through 31 starts, he’s averaging 22.7 points, 5.2 assists and 4.8 rebounds per game. He’s only shooting 41.8% from the field and 28.4% from three, which are cases against him, but he’s really the primary offensive generator of the club, so it’s even understandable to a degree.

In theory, you’d expect a lot back for SGA, but the greedy-ass Thunder already have 19 first-round and 17 second-round draft picks over the next five years. How many more draft picks do you need?

(What’s that? They just got another pick yesterday??? Man, whatever. At some point, you need players. This is no video game, Fisher.)

The Thunder duo powered OKC to a win on the road.

Plus, why not build around a backcourt of him and Josh Giddey, who can’t really shoot yet but can do a lot of other things worth keeping an eye on. Giddey was drafted No. 6 overall this past summer, so his contract is team-friendly through 2025.

There’s no need to trade SGA if you’re trying to build a good team at some point, and no reason to keep losing for higher draft picks when you have more than enough to trade up for who you want. You even have numerous young players under contractual control through next season, so you can use them to move up in the draft as well. You ain’t keeping all 19 of those first-rounders; that sh*t doesn’t even work in 2K. Trust me, I’ve tried.

The Case to Trade

If, for whatever reason, the Thunder don’t want to build around (or with) him or don’t want his pending massive contract number to fall on them when it kicks in — or want the ball in Giddey’s hands more — then that’s how we get here. Maybe you want a different stylistic running mate instead, or a potential offer for SGA is too grand to pass on.

You’d imagine to get a package back highlighted by multiple first rounders, which you could then use to acquire another complement to Giddey, who would be running the show, if you’re already sold in that being the long-term plan. You’d also still have enough left over draft capital to trade up for a top pick in the 2022 or 2023 NBA Draft, or even both. There’s a quick pathway to build a team and be competitive by the middle of the decade, and maybe SGA’s contract kicks in sooner than you’d like.

Or, SGA’s name was reportedly on the growing Philadelphia 76ers shortlist of desirable trade pieces in exchange for Ben Simmons. Giddey and Simmons are both Australian, so people will immediately draw that connection too. For OKC, it has enough draft picks where a gamble of this sort wouldn’t kill the team if it didn’t work, and the Thunder are in a market size where rebuilding would often be commonplace — even though they’ve been spoiled before this recent era of Thunder basketball. Furthermore, looking from Philadelphia’s perspective, an SGA-Joel Embiid tandem would be hella fun.

Otherwise, SGA would make sense on teams like Dallas next to Luka Don&ccaron;i&cacute;, or maybe the Indiana Pacers if that’s the Domantas Sabonis move, though you’d still have to figure out where Caris LeVert (and possible others) go.

There’s also a fun SGA landing spot — his hometown Toronto Raptors — if OKC waits until the extension kicks in. You’d think the Raptors would have to deal Pascal Siakam to make the money work, but maybe there’s an OG Anunoby, Gary Trent Jr. and draft capital return instead? That would give the Raptors a core of SGA, Fred VanVleet, Scottie Barnes and Siakam. Again, all hypothetical, but that’s why we’re here, ain’t it?

That said, right now, I’d keep SGA and try building around him and Giddey among others.

Brandon Ingram, James Harden, Victor Oladipo, and D’Angelo Russell are cautionary enough as reasons OKC should keep SGA around to be an All-Star in its own organization instead of someone else’s.

In that same breath, if I were the Raptors, I’d be kicking the tires harder than Shawn Michaels kicked Stan — especially after the season. If I were Dallas, I’d be calling right now just to inquire. You’d need more in return than Kristaps Porzi&ncedil;ģis, but there’s no doubt that the Mavericks have to do something.