VIDEO: Nothing Fishy Here: 30 Pupfish, Extinct In The Wild, Hatch At Vienna Zoo

The zoo has been successfully breeding the blue La Palma pupfish for more than 10 years.
By Joseph Golder January 5, 2022
Facebook
Twitter
Linkedin
Email 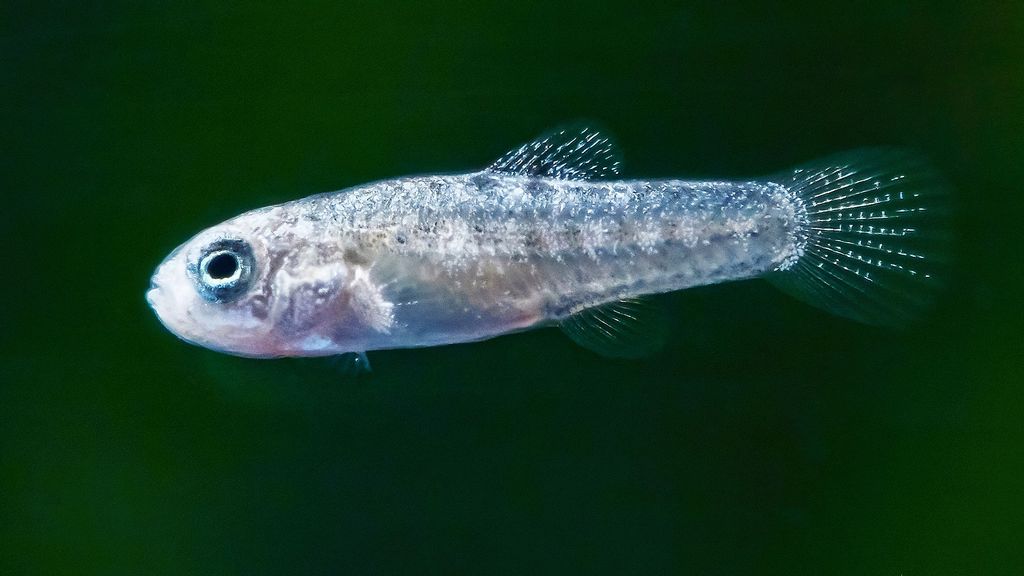 One of 30 La Palma pupfish hatched at the Schönbrunn Zoo in Vienna, Austria. (Daniel Zupanc/Zenger)

Thirty Mexican pupfish, which are extinct in the wild, are new arrivals at the Schönbrunn Zoo in Vienna, Austria.

The zoo has been successfully breeding the blue La Palma pupfish for more than 10 years.

Roland Halbauer, an expert in marine animals at the zoo, called the 30 new arrivals “our New Year’s babies” that hatched from eggs.

Conserving species that are endangered or extinct in the wild is a top priority for the zoo. The pupfish originally came from a freshwater spring in Mexico.

Zoo Director Stephan Hering-Hagenbeck said the Vienna zoo, which claims it is the world’s oldest zoo, supports the Reverse the Red species protection initiative, jointly launched by the International Union for the Conservation of Nature and the World Association of Zoos and Aquariums.

“Species that have been extinct in nature, such as the Potosi pupfish, are bred so that they do not disappear irretrievably from our earth. This way you can collect information about their way of life and ideally relocate them,” Hering-Hagenbeck said.

The La Palma pupfish were endemic to Mexico before going extinct in the wild in 1994 after their habitat was encroached upon by human activity.

The La Palma pupfish is a ray-finned fish that can grow to about 2 inches in length. Ray-finned fish earned their name because they have fins that are webs of skin propped up by thin, bony spines, or rays.

“Conservation of nature and species are among the main tasks of a scientifically managed zoo,” the Schönbrunn Zoo said. “More and more animal species are listed as ‘endangered’ on the Red List of the International Union for the Conservation of Nature. That is why the zoo supports the species protection initiative Reverse the Red.

The zoo breeds endangered species to collect information about their way of life and ideally relocate them, Hering-Hagenbeck said.

”A backstage tour gives you an insight into this valuable work, and you can also visit the scaly New Year’s babies.”

The Reverse the Red species protection initiative is “a global movement that ignites strategic cooperation and action to ensure the survival of wild species and ecosystems. Data-driven and collaborative, we provide the tools and partnerships to unite  and catalyze conservation impact,” its website states.

The World Association of Zoos and Aquariums, founded in 1935, is an umbrella organization that represents and helps supports zoos and aquariums lead the way in conservation. It aims to educate the public about the environment and global sustainability, according to the organization.