The elephants, ages 3 and 8, died within nine days of each other after being diagnosed with the virus. 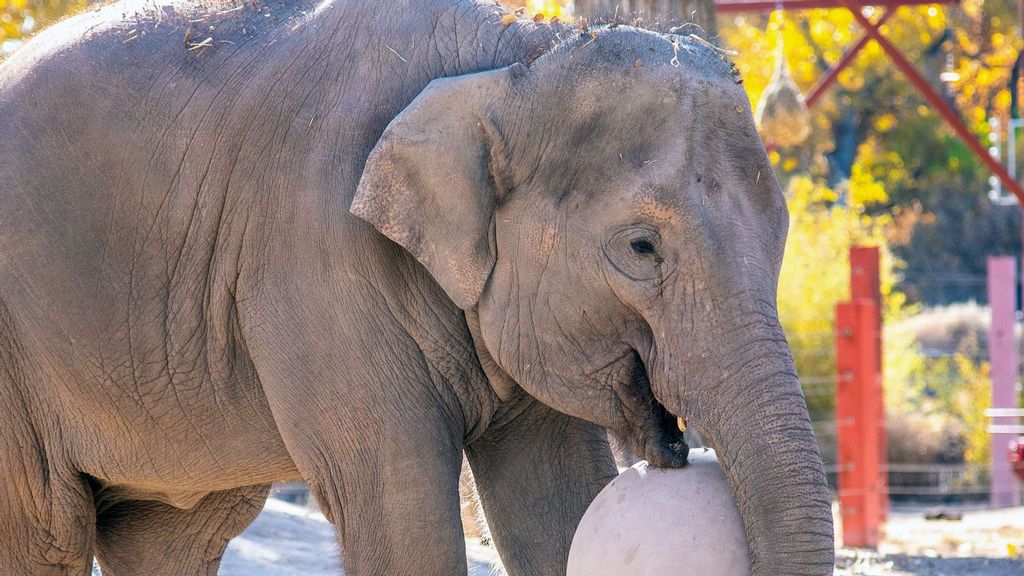 An elephant virus is responsible for the deaths of two calves at a New Mexico zoo since Christmas Day, according to the Albuquerque BioPark.

A statement from the park said that Jazmine, 8, died from the effects of her infection on Jan. 2, and her brother, Thorn, 3 died from the same virus on Dec. 25.

The calves died after being diagnosed with elephant endotheliotropic herpesvirus, known as EEHV, the biopark said. The virus also killed a 5-year-old Asian elephant calf named Daizy in 2015.

“While not much is known about EEHV, the disease can progress rapidly, and early detection is critical,” the biopark said.

The biopark shared video of Thorn, and said that since he was a baby, “Thorn was trained to be active in his health care and voluntarily participate in medical exams, including presenting his ears to allow for a weekly blood draw. This behavior, along with weekly testing, allowed the biopark’s animal care team to discover the virus in Thorn’s blood at a very low level.

“The BioPark staff immediately began working around the clock to treat the illness. Treatments started with antiviral medications and fluids. As Thorn’s disease continued to progress, the team shifted to twice-daily sedated treatments to ensure he was getting everything he needed, in addition to the non-sedated fluid and antiviral treatments. He also received regular infusions of plasma, whole blood and stem cells.”

The National Elephant Herpesvirus Lab at the Smithsonian’s National Zoo in Washington, D.C., provided bloodwork services and EEHV expertise, the biopark said, and additional assistance came from other accredited zoos.

“Thorn’s short life had a great impact on the lives of other elephants,” the biopark said. “His birth was significant because he was born in the presence of his sister, Jazmine, and grandmother, Alice. This natural herd birth was a huge advancement in the care and socialization of elephants in human care.

“He was also raised in a multi-age herd that includes his sister, grandmother, mother Rozie, adult male Albert and adult female Irene. The biopark’s practices that allowed Thorn and the rest of the herd to use their natural behaviors are leading the way for elephant care across the United States and the world.”

In the case of Jazmine, “the biopark’s elephant experts and veterinary teams did everything in their power — and then some” to help her, said the park’s director, Stephanie Stowell.  “Jazmine matched their efforts every step along the way. True to her strong-willed nature, Jazmine fought valiantly against the disease.

“Adding to the anguish of losing a beloved animal, Jazmine’s death marks a considerable loss to the future of Asian elephants. Jazmine was on a carefully planned path to become an elephant matriarch.

Had Jazmine survived, the biopark said, “her skills and experiences would have enabled her to raise her own calves and lead elephants in her own multigenerational herd.

“Jazmine’s short life will have a long term impact on other elephants in human care as well as in the wild.”

Stowell said all elephants can carry EEHV in a latent state through their entire lives without negative effects.

It is not known why the virus sometimes comes out of latency, she said.

“Elephants are most susceptible to EEHV from 18 months to 8 years of age. EEHV causes hemorrhagic disease that can be fatal for young elephants. It is the leading cause of death for Asian elephant calves and can strike elephants in the wild and in human care.

“Each case of EEHV hemorrhagic disease, while tragic, does provide us with more information on its causes, transmission, and treatment. The elephant community rallied around Albuquerque BioPark to provide support with husbandry, treatment, and testing.

“We are devastated by these latest two deaths, and we hope that the incredible cooperation amongst our colleagues will continue to provide answers on how best to prevent these deaths,” said Erin Latimer, a spokesperson for the EEHV Advisory Group that dedicated their time to administering the EEHV treatment regime.