The Grizzlies Are The NBA’s Latest Rebuild Success Story

After a few down years, a new era of Memphis Grizzlies basketball is taking the NBA world by storm with no signs of slowing down. 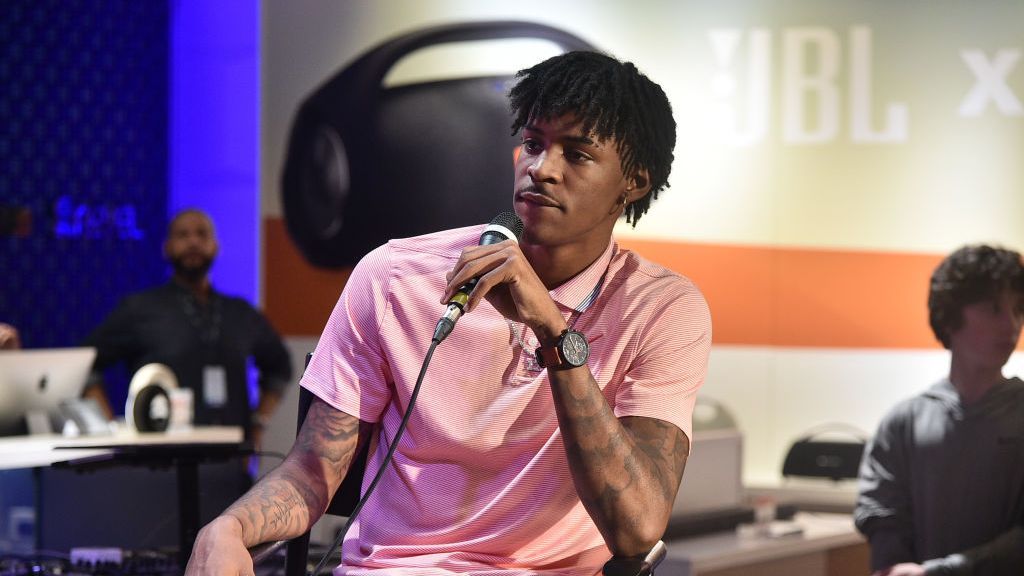 The Memphis Grizzlies are breaking through their ceiling ahead of schedule, thanks in large part to point guard Ja Morant taking the leap to superstardom in his third season. (Theo Wargo/Getty Images for JBL)

When looking through the NBA standings, one team continues to show no signs of slowing down as a team officially taking the leap forward to sustainable playoff contender. The Memphis Grizzlies are breaking through their ceiling ahead of schedule, thanks in large part to point guard Ja Morant taking the leap to superstardom in his third season.

Thankfully, basketball fans weren’t robbed of what could’ve been a special season from Morant early on in the 2021-22 season with what looked to be a more serious knee injury.

Six weeks ago, Morant landed awkwardly on his left knee resulting in a sprain. In real-time, it looked way worse when remembering catastrophic injuries in the past with lower extremities. Morant stutter-stepped on a drive to the rim, which caused a non-contact buckling of his knee. In his absence, Memphis stayed afloat in the Western Conference as their young core carried the burden, spearheaded by late first-round steal Desmond Bane, who continues to look the part of a perfect backcourt complement alongside Morant.

Memphis is 25-14, comfortably sitting as the No. 4 seed in the West. As Morant’s ascension continues full steam ahead, it’s time to realize how strong this Grizzlies team is positioned both now and long-term.

Morant is the straw that stirs the drink on Beale Street in Memphis, but the Grizzlies are a team littered with enticing pieces fitting together seamlessly on the fly. Bane is averaging 17.4 points per game while carrying an above-average 58.5% True Shooting percentage, boosted by his three-point marksmanship.

Jaren Jackson Jr. is taking strides forward in Year 4 after losing a full season to his own knee injury suffered in the 2020 Orlando Bubble. He’s averaging 16.1 points, 5.3 rebounds and 1.8 blocks per game.

After a short stint with the Phoenix Suns, De’Anthony Melton has found a home in Memphis as an energizer third guard who brings endless amounts of two-way versatility. Dillon Brooks still remains as a key cog in the Grizzlies’ machine when he’s been on the court this season, averaging 19.3 points per game himself.

The Grizzlies’ front office has consistently taken flyers on productive, high-upside college prospects and maximized on signing castoffs. Case in point with former Minnesota Timberwolves lottery pick Jarrett Culver. Memphis has continuously hit on second-round picks as well, with Xavier Tillman and Killian Tillie carving out roles. Last summer’s No. 10 overall pick Ziaire Williams is working his way into the mix and could be a future asset to the Grizzlies’ successful rise in the West.

Add it all together and the Grizzlies are nowhere close to a mirage. If anything, they are just now beginning their climb in the Western Conference for years to come. Aided by a superstar in Morant, a valuable collection of successful young role-players who can fill multiple avenues of on-court value, stabilizing veteran presences like center Steven Adams, Memphis has hit the jackpot.

Morant has been everything the Grizzlies hoped for when they found their own lottery luck and jumped up to the second spot in the 2019 NBA Draft. Morant was a fast-paced, jaw-dropping offensive engine who provided endless highlight reel moments during his two collegiate seasons at Murray State. A meteoric rise in his sophomore season led to some even debating him alongside surefire No. 1 pick Zion Williamson.

Morant immediately showed during his rookie season how special of a player he was. Fast-forward to now, though, he’s beginning to really take hold of being one of the best young lead guards in the Association.

Morant is averaging 25.1 points, 6.7 assists, 5.7 rebounds and 1.4 steals while taking a superstar-esque jump from the perimeter, shooting 40.0% on three-pointers. It’s resulted in Morant’s True Shooting percentage skyrocketing to a career-best 57.7% this season. When Morant has been on the court, Memphis is 15-12. He’s not only carrying this Grizzlies squad, but taking the leap in the process.

As a true three-level scorer with rare explosive burst to the basket, Morant is a gem in the backcourt. When comparing him around the Association, his unique scoring blend makes him a nearly unstoppable weapon to contain. After an adjustment period returning from his sprained left knee, Morant is averaging an eye-popping 33.2 points over his last five games.

The Grizzlies are winning with a superstar buoying their offense, but the defense is there in more consistent spurts as well. Memphis ranks No. 7 in offensive rating (111.7) while being smack dab in the middle of the league in defensive rating (108.7). It’s a sustainable formula head coach Taylor Jenkins is firing off on a nightly basis, which makes Memphis a real threat to nab a top-five seed this season.

When the Grizzlies snuck into the playoffs last season after defeating Stephen Curry and the Golden State Warriors, it provided much-needed playoff experience despite a quick first-round exit against the top-seeded Utah Jazz. Memphis not only came back stronger with internal development success stories across the board, but they found their weaknesses and turned them into passable grades.

It will be very interesting to see what the Grizzlies now do with a month left before February’s trade deadline. Will they make a win-now move to further bolster their chances of securing homecourt advantage in April? It’s a serious discussion to be had and could continue during the upcoming offseason.

Everything is falling into place for Memphis after a few down years following the successful Grit ’N Grind era. Now, a new era of Grizzlies basketball is thriving, with a completely different identity built around fast-paced play and relentless offensive firepower. They have a full-blown budding superstar in Morant alongside multiple young players who are taking leaps to serious starting quality as well.

Welcome back to playoff basketball, Memphis. You won’t be leaving anytime soon.

«Previous Post
It’s Hard To Look At The Lakers’ Struggles And Not Wonder, ‘What If?’»Next Post
Maybe Part-Time Kyrie Irving Could Get The Nets Where They Want To Go