Viruses found only on islands inhabited by people after tests on 454 animals. 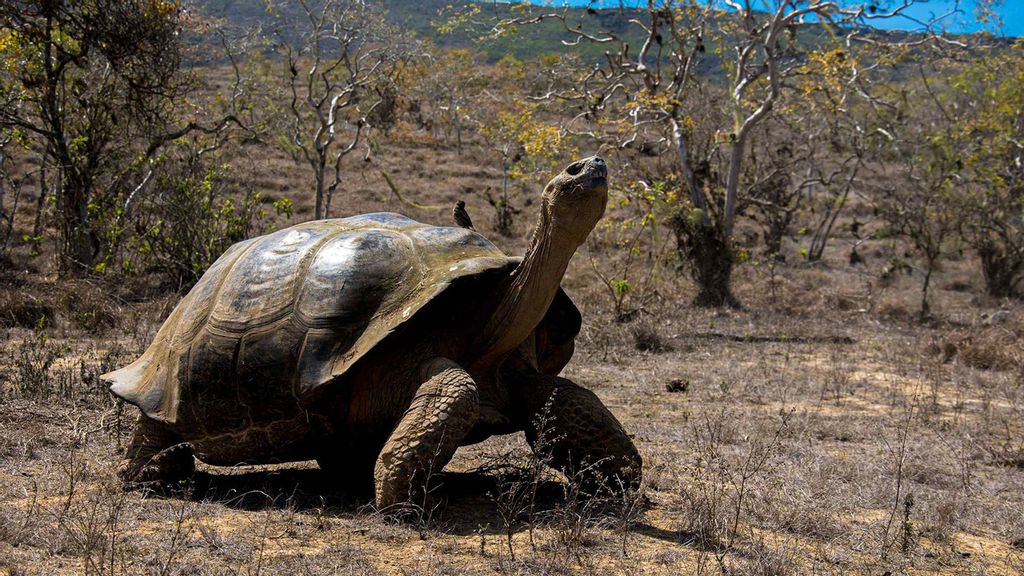 Four viruses have been found for the first time in giant tortoises on the Galápagos Islands in Ecuador after 454 of the animals underwent COVID-style testing.

The Charles Darwin Foundation, which led the study, said in a statement that the researchers determined that several species of giant tortoise living on different islands in the Galápagos were found to be carrying herpesviruses and adenoviruses, which are well-known for causing disease in turtles and tortoises around the world.

The test results were “verified in a process that is similar to the COVID test we humans have become increasingly familiar with, but for tortoises, we collect a swab sample from the eyes, mouth and the cloaca,” which is an opening under the tail that empties the bladder, digestive system and reproductive system.

The researchers had tested for “up to four infectious disease-causing agents that threaten turtles and tortoises around the world (herpesvirus, adenovirus, mycoplasma and ranavirus); two of these (adenovirus and herpesvirus) were deemed positive in Galápagos tortoises.”

An international team of scientists from the Charles Darwin Foundation in the Galápagos Islands worked with other experts at the Saint Louis Zoo Institute for Conservation Medicine in Missouri, the Research Center for Animal Health in Madrid, the Complutense University, also in the Spanish capital, the European University of Madrid and technicians from the Galápagos National Park Directorate.

“Infectious diseases have been reported as causes of mortality in turtles and tortoises globally, but previous to our study, there was no information about the infectious diseases that may affect giant tortoises in Galapagos,” said Ainoa Nieto Claudin, lead author of the study published in the journal Transboundary and Emerging Diseases.

“Giant tortoises act as sentinels of ecosystem health, and the discovery of four viruses highlights the need for in-depth studies of infectious agents in the Galapagos wildlife,” Nieto Claudin, a wildlife veterinarian, said.

A previous study conducted by the same group of scientists had described how human activity in the Galápagos Islands was “driving the transmission of antibiotic resistance in giant tortoises.”

This is indicative of the importance of conducting health assessments of endemic wildlife species to detect novel and emerging diseases “that may threaten animal and human health alike,” said study co-author Sharon Deem, the director of the Saint Louis Zoo Institute for Conservation Medicine.

She said the discovery of the four viruses was not necessarily a negative thing, adding that it was possible that these viruses have been evolving in the tortoises “for hundreds of years.”

“Endemic pathogens that have evolved with a particular species do not usually cause harm or diseases to those species unless the virus jumps to another species or if the animal harboring the virus suffers from other stressors that may compromise their immune system,” Deem said.

Future studies will be partly geared toward assessing whether these viruses play a role in the survival and fitness abilities of the tortoises, the foundation said.