There could be a bit of a post-holiday lull that could bring prices lower, but it remains to be seen if it will last. 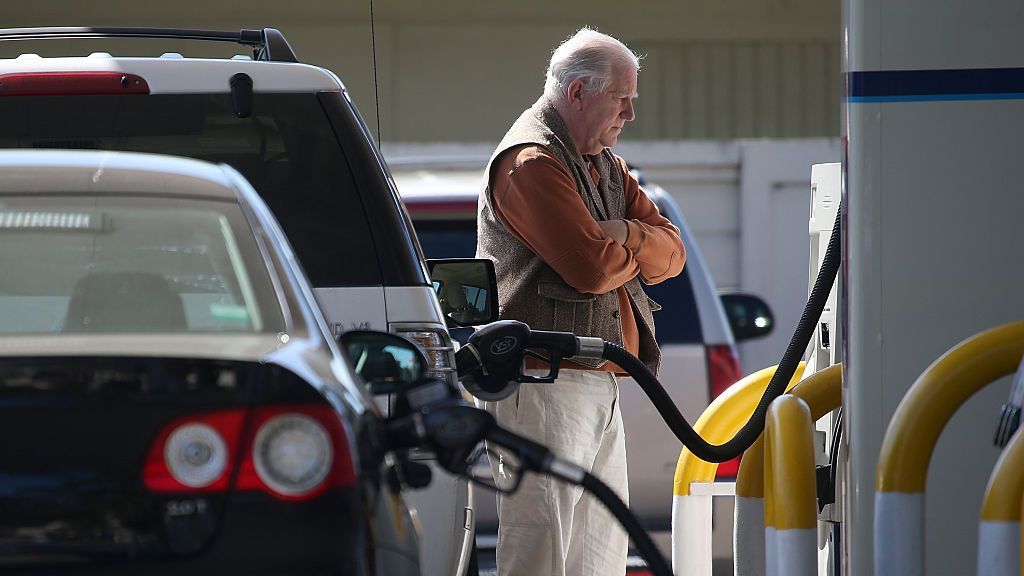 Travel club AAA listed a national average retail price of $3.29 for a gallon of regular unleaded gasoline on Tuesday, but although prices may be softening in the short term, analysts don't expect it to last. (Justin Sullivan/Getty Images)

Gasoline prices may be softening in the short term and could be on pace for lower trends relative to last year, but don’t expect any major discounts at the pump, analysts told Zenger.

Travel club AAA listed a national average retail price of $3.29 for a gallon of regular unleaded gasoline on Tuesday. The national average is distorted somewhat by elevated prices on the West Coast, where California drivers are paying around $4.65 per gallon, but in general terms, gasoline prices are indeed at multi-year highs.

Holiday travel was snarled by pandemic-related staff shortages at major airlines, resulting in thousands of canceled flights across the country. Air travel has recovered since the pre-vaccine stage of the pandemic, but remains suppressed relative to 2019.

A major snowstorm, meanwhile, caused major traffic issues on the East Coast, with hundreds of motorists stranded on the roads of Virginia. Parts of the Great Lakes region can expect about a foot of snow over the next few days and that should eat into demand this week. In general, demand can be a bit subdued after the holiday season, though with airlines stalled, travelers may still be willing to take the risk for long trips.

Demand is still at the very least close to pre-pandemic levels. Matthew Kohlman, an associate director for refined products pricing at S&P Global Platts, said refineries are still running hot in an effort to keep pace with demand.

“People are moving around more now, almost to pre-pandemic levels for driving. Trucking also remains strong,” he told Zenger. “Production is healthy, with refinery run rates over 90 percent. But inventories remain below five-year averages and companies are still racing to meet current demand rather than trying to fill storage.”

Patrick DeHaan, the senior petroleum analyst at GasBuddy, said recent demand for road fuels is actually a bit low, but it’s unclear if that’s because of the pandemic or if people are lying low after the holidays. But for DeHaan, the pandemic could be a bit of a blessing in disguise.

“I feel Omicron continues to give us breathing room — lowering demand while supply continues to catch up,” he said. “This plays nicely into what I expect to be broader relief from high prices later in 2022.”

The U.S. Department of Energy in a mid-December report said it expected retail prices to move further away from recent highs. The national average is expected to move closer to the $3.00 per gallon range this month and chart $2.88 per gallon on average for the year, according to federal estimates.

But Phil Flynn, a senior energy analyst at The PRICE Futures Group in Chicago, said he’s not expecting relief at the pump any time soon. Demand is holding up and refineries are still struggling to keep up.

“If this is any indication, we could see gasoline demand as well as gasoline prices break records in the new year,” he said.

«Previous Post
Scientists Develop Method To Harvest Electricity From Seaweed»Next Post
US Petroleum Demand Slumps, But Outside Factors Are Bullish