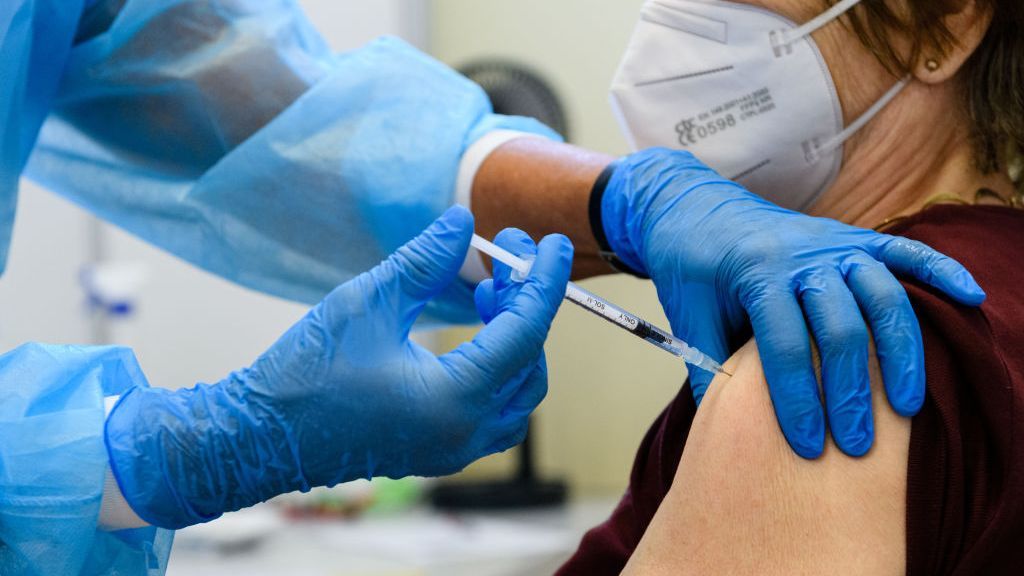 Israeli adults over the age of 60 began receiving a fourth dose of the Pfizer Covid-19 vaccine on Jan. 3, 2022. (Jens Schlueter/Getty Images)

On Jan. 3, thousands of Israelis made appointments to get a fourth shot of the Pfizer-BioNTech vaccine after the government authorized the booster for healthcare personnel, people with compromised immune systems, and anyone over age 60.

The decision was made with the aim of preventing severe COVID-19 cases in light of the rapidly spreading Omicron variant, even before data is in from a study examining the effects of a fourth dose in 150 employees at Sheba Medical Center.

All subjects had received three Pfizer doses five or more months ago and now have insufficient antibodies against the SARS-CoV-2 coronavirus.

The study, led by the director of Sheba’s Infectious Disease Epidemiology Unit, is now expanding.

According to a hospital spokesman, Sheba will now start using the Moderna vaccine on some of the test subjects to ascertain its impact against the Omicron variant in people who previously had three Pfizer injections. Both of these American-developed vaccines are based on mRNA technology.

“In the coming days we will reveal the first indications regarding rise in first antibody levels a week after receiving the vaccine,” the spokesman said.

Meanwhile, Israeli Ministry of Health data was critical to the decision of the U.S. Food and Drug Administration (FDA) on Jan. 3 authorizing a third dose of the Pfizer vaccine for children ages 12 to 15.

An FDA statement said the agency had “reviewed real-world data from Israel, including safety data from more than 6,300 individuals 12 through 15 years of age who received a booster dose of the vaccine at least 5 months following completion of the primary two-dose vaccination series. These additional data enabled the FDA to reassess the benefits and risks of the use of a booster in the younger adolescent population in the setting of the current surge in COVID-19 cases.”

The FDA further stated, “No new safety concerns have emerged from a population of over 4.1 million individuals 16 years of age and older in Israel who received a booster dose at least five months following completion of the primary vaccination series.”