VIDEO: Frozen Siberian Air Makes It Seem As If The Sea Is Boiling

Thick fog in the cold sky above the warm ocean creates quite a spectacle.
By Feza Uzay January 3, 2022
Facebook
Twitter
Linkedin
Email 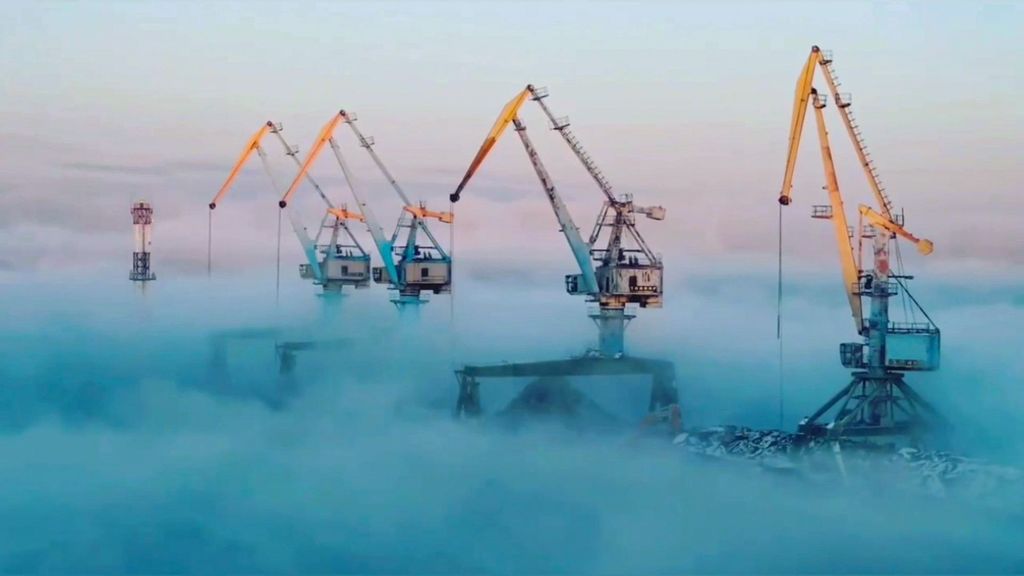 Thick fog rises over the water in the port city of Sakhalin, Russia on the morning of Jan. 1. (Eduard Olegovich/Zenger)

Video captured by a drone shows a rare phenomenon in which the air temperature plunges while the sea remains warm, making it appear as if the water is boiling.

The video was made in Korsakov, in the Pacific Ocean, at the southern end of Sakhalin, Russia’s largest island, by amateur filmmaker Eduard Olegovich.

Olegovich said in an interview that he has been experimenting with drone footage for more than 10 years and is delighted that the latest images — where everything fell into place at the right time — have gone viral.

“I noticed that people who use drones have had a lot of publicity of late, but in fact, when used properly, they are a great way of allowing us to look at things in difficult-to-reach places from a different angle,” he said.

The video was shot on Jan. 1, when temperatures suddenly plunged to minus 4 degrees Fahrenheit.

“My windows overlook the bay directly, and I saw this fantastically beautiful phenomenon,” Olegovich said. “Without thinking twice, I took my drones, got into the car and drove to the beach to capture this beautiful spectacle. You can see the result in the video.

“This weather phenomenon happens when the water temperature is still high and the air temperature drops to minus 20 degrees [Celsius]. This video shows the scale of the fog.”

Local weather services confirmed that temperatures around the time the video was taken were about 7 degrees Fahrenheit (minus 14 degrees Celsius).

The phenomenon, known as evaporation fog, is caused when cold air passes over warmer water, or even wet land. It can often cause freezing fog, or frost, according to the Met Office, the U.K.’s national weather service.

Perhaps the most common way to view the phenomenon, also known as steam fog, is to look out over a heated pool or hot tub on a cold night.

Evaporation fog can also cause a small, relatively weak vortex of fog known as a steam devil, which looks similar to a water spout. Steam devils frequently form over the Great Lakes in the upper Midwest of the United States, and over Lake Champlain in Vermont, where steam fog is sometimes called “sea smoke” or “arctic sea smoke.”

Olegovich said he is happy that the video is being widely shared, though he said it is a shame that so few people have bothered to credit him for his work.