Other Veterans Worth Keeping An Eye On For An NBA Comeback

With so many familiar faces coming back into the NBA fray, Bryan Fonseca lists a few more names who could make their return. 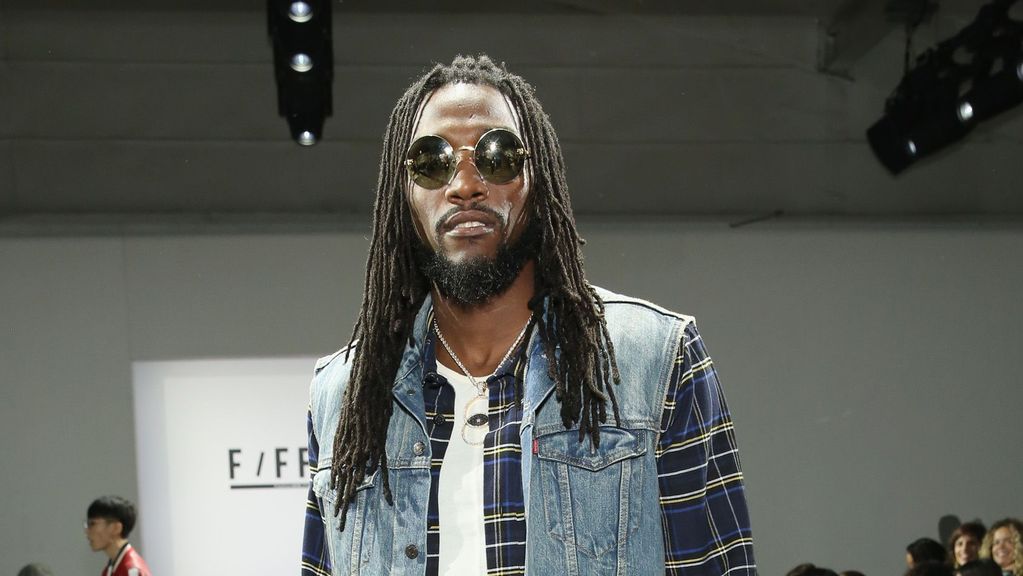 Kenneth Faried, 32, might get back on his name with a return to the G League, and he was a good player for a time. (Monica Schipper/Getty Images for NYFW: The Shows)

And then, the Miami Heat have a COVID outbreak, and guess who’s back in the 305 despite struggling in the G League and in Puerto Rico this year? You guessed it: Rio, the former LeBron James soundboard, the damn Alaskan Assassin and two-time NBA champion.

(To his credit, he did play well in Greece last season though.)

But it signals where we are. This 2021-2022 season, we’ve already seen more basketball players suit up in NBA uniforms than any campaign prior. We haven’t even begun the whole 2022 portion of this yet. In fact, we’re a good two or three weeks from being halfway through the season.

Wild stat via @StatsWilliams of @ESPNStatsInfo:

541 NBA players have played in at least one game this season, setting a record for the most in a season…ever.

Seemingly everyone’s making jokes about staying ready for that call, but at this point, I’m looking at my high school stats like, hmm, maybe I could fill in for Myles Powell if I still got it. (I don’t. Never quite did either. This…. was always the more likely path.)

Believe it or not, there are still some names we’re going to see pop up who haven’t yet gotten the NBA opportunity during this already historic season. Some veterans are coming close enough to get noticed, while others are overseas yet to get a call because it’s just easier to pull a G Leaguer for 10 days. (More on that later, but not too much later.)

Like many other vets, he was a step behind the productivity he once displayed; then, you looked up one day and the dude was out of the league. Even after being a center for the small-ball Houston Rockets of 2018-19, posting 12.9 points and 8.2 rebounds in just over 24 minutes per game, shooting nearly 60% from the field and having the third-best win shares per 48 minutes on the team at .198 (after James Harden and Clint Capela), we haven’t seen him in the NBA since.

In 2019-20, he played in China, averaging 17/10 while primarily coming off the bench, but considering what former NBAers tend to do in the Chinese Basketball Association, it didn’t garner much attention. He suited up for three games in Puerto Rico earlier this year for Leones de Ponce. One of his teammates, Aleem Ford, is currently with the Orlando Magic.

We also saw Faried suit up for the Portland Trail Blazers summer league team in August, where he led the team in rebounds by about three per game despite being ninth in minutes.

As BasketballNews.com noted earlier this week, Faried is returning to the G League, presumably for an advantage in proximity. Faried is coming off a stint with CSKA Moscow of VTB United and the EuroLeague, where he struggled. He averaged fewer than 3 points and 3 rebounds in 11 games while coming off the bench and shooting 33.3%. Someone might be willing to overlook that if he’s decent in the G League. Faried will be with the Grand Rapids Gold, the Denver Nuggets afflilate (and where Lance Stephenson played before inking his Atlanta Hawks hardship deal).

Yeah, Clark is returning to the G League along with Faried, and will be suiting up with the Sioux Falls Skyforce, the Miami Heat’s affiliate. Clark was a lottery pick in 2009, and after six years in the NBA, he hasn’t returned. His career averages stand at 4.4 points and 3.0 rebounds on 40/33/66 shooting splits.

Outside of the NBA, the 34-year-old Louisville alum had stints in the G League, China, Turkey, Montenegro, Korea, and Liga ACB in Spain, arguably the most competitive domestic league in the world outside of America.

Honestly, there ain’t much else to say here other than, “Wow.” Watching Clark return after seven years would (respectfully) be more improbable than Julianna Peña beating the piss out of Amanda Nunes for the UFC Bantamweight Championship earlier this month. And, well, that did happen…

A strong argument could be made that Rondae Hollis-Jefferson currently is the best player here, and it might be by a safe distance. He’s high on the list of guys who shouldn’t be out of the league entirely in favor of “Undrafted Rookie X,” but because he’s 6-foot-6 and never became an adequate three-point shooter, it’s been held against him, and thus, he’s in Turkey.

Hollis-Jefferson currently leads Be&scedil;ikta&scedil; Icrypex with 13.1 points per game and also puts up 4.8 rebounds, 1.7 assists and 1.1 steals in 29.4 minutes per game in the Turkish Super League. Hollis-Jefferson is hitting 49.1% of his shots from the field, 33.3% from three on 1.4 attempts per game and 79.5% on free throws on a team-high four tries per contest. Additionally, he reportedly has an opt-out clause, which would allow him to leave for the NBA if presented with a suitable contract.

Hollis-Jefferson, a first-round pick in the 2015 NBA Draft, made his bones as a part of the Brooklyn Nets’ pre-super-team core. Most notably, he led the team in scoring and initiated the offense on many D’Angelo Russell-less nights during the 2017-18 season.

Covering those games, it felt like he averaged more than 2.5 assists per game; maybe it was all those hockey assists that ended up being Joe Harris, DeMarre Carroll or Allen Crabbe threes. He finished the season at 13.9 points, 6.8 rebounds, 2.5 assists and 1.0 steals per game on 47.2% shooting from the field and 78.9% from the free-throw line on 4.6 attempts per game. He was only 13 of 54 from three, but showed the ability to create mid-range offense and attack the basket better than any other Net that season.

Subsequent injuries limited his minutes the following season. However, he did play a valuable role off the 2019-20 Toronto Raptors bench before journeying to Portland at the tail end of last season.

In a few days, he’ll just turn 27 years old. He’s still a multi-positional defender, an effective slasher and an instinctual passer for his position. Surprisingly, he’s not in an NBA rotation somewhere, or even a roster, considering, well, all of this.

As an added bonus, Shane Larkin is another name to ponder, which our Spencer Davies mulled over earlier this week when listing Ricky Rubio replacement options in Cleveland prior to the Rajon Rondo trade.