Browzwear establishes training centers in Bangladesh and China, enabling employment and enhancing sustainability in the industry. 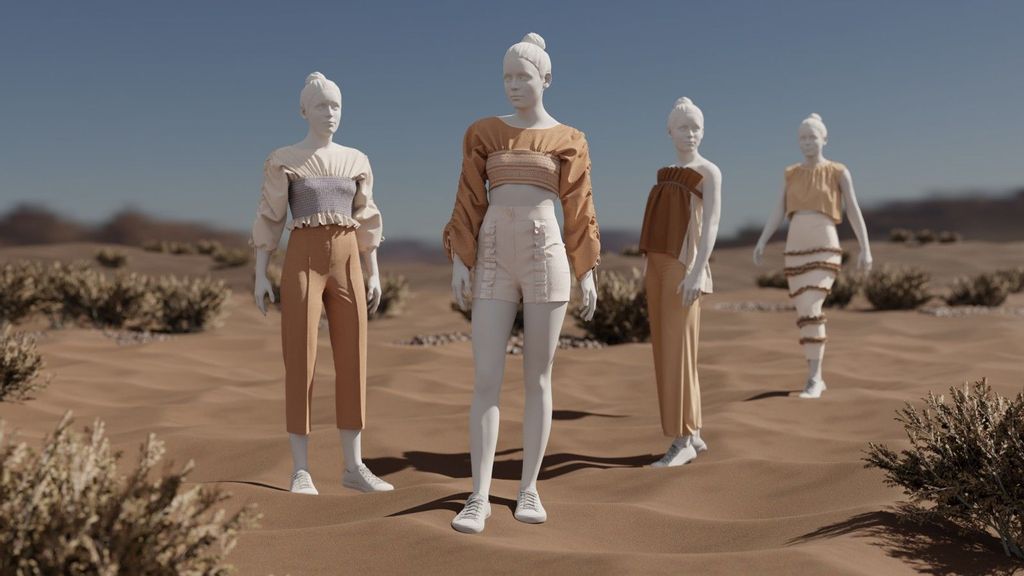 Digital sampling is the wave of the fashion future. (Courtesy of Browzwear)

Garment workers in Dongguan, China and Dhaka, Bangladesh are learning the skills they need to stay relevant as technology begins to make mass fashion more efficient and environmentally friendly.

“Digi-hubs’ intention is to take people with close to zero probability of becoming employees in the future of the digital apparel business and teach them how to skill up and generate professional digital work,” says Browzwear Co-CEO Avihay Feld.

The shift to digital began for environmental reasons and was accelerated by the global supply-chain breakdown caused by the pandemic, he explains.

Staying in the game

Mass producing clothing is highly resource-intensive and causes nearly as much pollution as the oil industry. The problem of what to do with discarded clothing is another pain point worldwide.

“Fashion is now the No. 2 most polluting industry in the world, and to fix this it has to go digital,” Feld tells ISRAEL21c.

“The factories will not be part of the game if they can’t do this, and to be part of the game they need employees who can do that work. We want to do anything we can to contribute to the adoption of digitalization — not just for our commercial interests but to bring more people into the field.”

Otto originally intended the Digi-hubs for skilling up people in their own partner companies but soon saw a huge demand across the industry.

Now there’s a waiting list for the hubs, which are equipped with Browzwear software and machinery.

Browzwear, named to the 2021 Fortune Impact 20 list, for sustainability, was established in 2000 by Feld and Noam Nevo. Today it is headquartered in an ecological business park in Hod Hasharon.

“We were not born as a sustainability company but as a platform for the apparel industry for decision-making from preproduction to point of sale,” says Feld. “With time, we realized we can do well by doing good.”

More than 650 clients — including Columbia Sportswear and Polartec — employ Browzwear’s open platform to streamline processes so they can sell more while manufacturing less and speeding the time to market.

“By shifting to digital, not only are we able to speed up the sampling process [but] we’re able to reduce textile waste drastically,” says Sophie Beet, design manager at Stretchline, the world’s largest manufacturer of narrow elasticated fabric.

Fashion decision-making has always been based on physical samples, Feld explains.

“Designers draw a sketch, have the sample made in China and fly it to the West. Very often, the sample is not approved and is sent back by plane to be reworked.”

Due to this inefficient system, it takes an average of 50 weeks until an item of clothing reaches the retailer’s rack.

“By that time, it can be off trend already. That is one reason why 50 percent of the merchandise ends up in landfills,” says Feld.

“The coloring processes are polluting to begin with, and then you’re polluting twice by putting all that new apparel in landfills.”

Browzwear’s technologies can cut time to market by 80 percent, he says, by utilizing a digital true-to-life sample — a 3D representation of a garment in different colors and sizes. The sample shows exactly how the fabric drapes, among other details.

“Nothing is flown anywhere, and it’s all in the cloud. You can start planning your line in a matter of weeks before you decide to manufacture,” says Feld.

Mega retailers such as Walmart are quickly embracing digital sampling. Among other advantages, it enables instant feedback and rapid decision-making because anyone, anywhere can take part in garment editing and pricing discussions.

The next step will be to introduce the technology to shoppers.

“You will be able to see yourself in a digital garment and make an informed decision whether to buy it,” says Feld.

The garment would only be manufactured after the customer decides to make the purchase. Fashion-on-demand would drastically reduce waste, pollution and cost.

“That way, we can realize the dream of selling and then producing,” says Feld. “Why make a garment that nobody will buy?”

That brings us back to the Digi-hubs.

These centers train employees of manufacturers and suppliers, as well as individual designers, patternmakers, technical designers and others, to become proficient in the technology needed for tomorrow’s fashion business.

“The Covid-19 pandemic brought to light many of the inequities in the global apparel supply chain while showcasing the importance of digital transformation for the entire industry,” said Sharon Lim, co-CEO of Browzwear with Feld.

“We are incredibly proud to be part of the solution that empowers both businesses and professionals, particularly in regions where the inequities have had an outsized impact.”

Browzwear has about 100 employees, 60 of them in Israel and the rest in several Asian, European and North American locations.

The company recently closed a $35 million funding round led by Radian Capital and Closed Loop Partners. This cash infusion is being used to accelerate further technological development and business expansion.

“We work with big brands including Walmart, Target, Nike, Lulu Lemon and Ralph Lauren. Walmart is involving all their vendors and manufacturing facilities around the world, and that’s how our impact is even bigger,” says Feld.

“But there is a huge way to go. We need to get more players in the fashion market engaged in the process.”