Prime Minister Narendra Modi’s Hindu-first government has been tightening the reign on foreign funding to nonprofits for years. 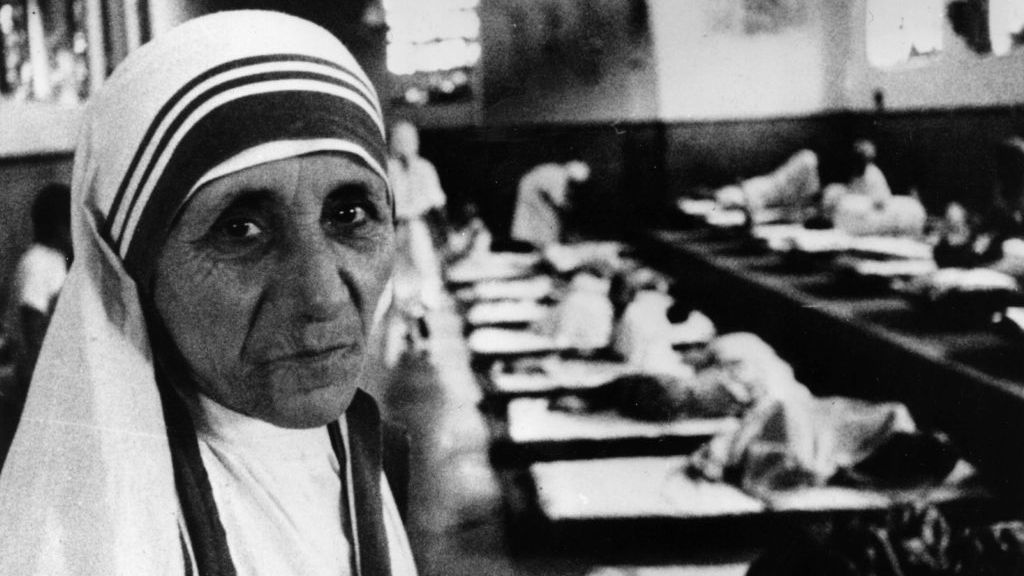 Charity worker Mother Teresa (1910–1997), seen in her hospital around the time she was awarded the Templeton Prize for Progress. (Mark Edwards/Keystone Features/Getty Images)

NEW DELHI — The Indian government blocked foreign donations to Mother Teresa’s Missionaries of Charity over the Christmas holiday, cutting off a major source of funding for the Roman Catholic organization that provides housing, food and medical care for thousands of poor, disabled and ill Indians.

Mother Teresa, born in Albania, lived most of her life in India as a Catholic nun and founded Missionaries of Charity in Kolkata, West Bengal, in 1950 to care for orphans, severely disabled children and people dying and suffering from diseases like AIDS, leprosy and tuberculosis. She received the Nobel Prize in 1979, died in 1997 and was proclaimed a saint by the Catholic Church in 2016.

The central government’s Ministry of Home Affairs announced on Dec. 25 that it would not renew the West Bengal organization’s Foreign Contribution Regulation Act license required to receive funding from outside India — set to expire Dec. 31 — after discovering “adverse inputs.” The government then also claimed that the organization had itself written to the State Bank of India asking for its accounts to be suspended. A spokesperson for the Missionaries of Charity said it has asked its centers to stop using bank accounts with foreign funding.

Prime Minister Narendra Modi’s Hindu-first government has been tightening the reign on foreign funding to nonprofits for years, particularly Christian and Muslim charities and international aid organizations like Amnesty International that have been vocally critical of the government’s treatment of religious minorities.

The move also comes at a tense time for India’s Christians — over Christmas. This year, four separate incidents of vandalism and attacks on worshippers were reported across the country, with vandals smashing a statue of Jesus in Haryana, North India, for example. Recent reports from a helpline run by the United Christian Forum indicate a 60 percent increase in attacks on Christians in India from 2020 to 2021.

The move to cripple the famous charity’s funding also comes ahead of several state legislative assembly elections in February and March 2022 — and during a national discussion of state anti-conversion laws that purport to clamp down on Christians forcibly converting Hindus. Human rights activists and Christian leaders say there is no evidence of forced conversions and the laws are designed to shut down churches and prevent people from freely changing their religious identities. Attacks on Christians in the southern state of Karnataka have increased after its legislative assembly recently introduced a new anti-conversion bill.

The controversy sparked backlash on Dec. 27, when West Bengal Chief Minister Mamata Banerjee — who has been fighting off influence of the Hindu-first Bharatiya Janata Party in her state — tweeted about the BJP government’s action.

“Shocked to hear that on Christmas, Union Ministry FROZE ALL BANK ACCOUNTS of Mother Teresa’s Missionaries Of Charity in India!” Banerjee tweeted. “Their 22,000 patients & employees have been left without food & medicines. While the law is paramount, humanitarian efforts must not be compromised.”

The Rev. Dominic Gomes, vicar general of the Archdiocese of Calcutta — an alternative spelling of Kolkata — responded that the government has given a “cruel Christmas gift” to the poorest of the poor:

MC (Missionaries of Charity) Sisters and Brothers reach out to uplift thousands and are often the only friends of the lepers and social outcast no one will even venture near,” Gomes said in statement. “Overlooking the fact MCs of St. Mother Teresa give up all worldly goods, sleep on the floor and, and earn no money – giving whatever they have in service to the poorest in every corner of the earth, especially our poorest of Indians – this latest attack on the Christian Community and their social outreach is even more a dastardly attack on the poorest of India’s poor, who the MC congregation serves.

Note: The bogey of ‘Conversion’ always been raised as justification, is more than patently false, boggles the mind with its incredulity – had any Christian organisation seriously tried to ‘convert’ with the efficiency they run their educational, medical and social institutions; there would indeed be many more Christians converted in the 2000 years Christianity has been on Indian soil than the 2.3% minority today. Christianity, across the globe – is not defined by conversion, but by their unparalleled love for their neighbour in action through their social outreach and social justice in society.

India’s Ministry of Home Affairs said in a Dec. 25 statement that the Missionaries of Charity’s renewal application for the Foreign Contribution Regulation Act registration did not meet “eligibility conditions” and that they had not received a revision application for review of the refusal.

The charity’s registration had been extended from an Oct. 31 deadline to a Dec. 31 deadline. After Dec. 31, the charity’s foreign funding license will no longer be valid, cutting off a major funding source. According to government filings, the charity received $13 million from outside India in 2020 and 2021, but the total amount of local donations is not reported.

A spokesperson for the Missionaries of Charity, Sunita Kumar, is confident that the government will renew the funding license and the matter will be resolved before affecting the charity’s operations.