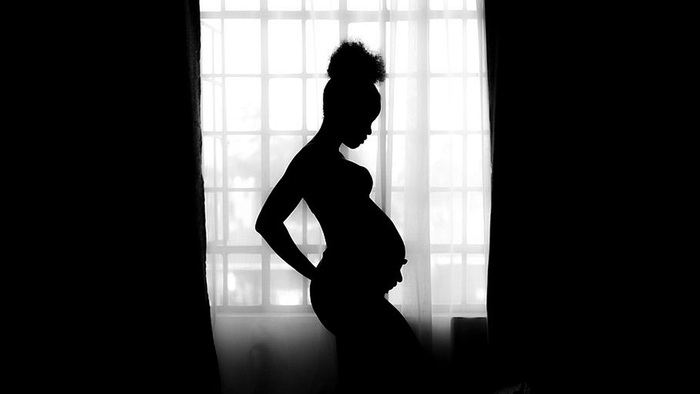 U.S.-born black women have been found to be at higher risk of preeclampsia during pregnancy than black immigrants. A new study considers both place of birth and sociological factors in determining the cause of this disparity. (Mustafa Omar/Unsplash)

Race alone cannot explain why pregnant black women born in the United States show higher rates of dangerous preeclampsia than black women who have immigrated to the country.

Preeclampsia is a form of high blood pressure that during pregnancy can endanger both mother and baby. Preeclampsia is the leading cause of maternal deaths, according to the Centers for Disease Control and Prevention, and black women are three to four times more likely to die from pregnancy-related causes than white women. It affects 1 in 25 pregnancies in the United States, increasing the risk of high blood pressure and heart disease later in life.

A new analysis of medical records shows that a combination of cultural, social and biological factors rather than race alone is responsible for high rates of preeclampsia among black women born in the United States. Published in the Journal of the American Medical Association Network Open, the research used 28 years of data from the Boston Birth Cohort study, which examined environmental and genetic characteristics linked to premature birth.

The new study focused on hypertension, or high blood pressure, and other cardiovascular conditions as risk factors for preeclampsia among Hispanic, black and white women. All three groups of mothers born in the United States were more likely to have cardiovascular disease than foreigners, even when considering differences in alcohol use, smoking, stress, diabetes and weight.

On the other hand, place of birth and length of residence did not notably affect the odds for preeclampsia among foreign-born Hispanic and white mothers. For their part, white women born in the United States had a 7.1 percent preeclampsia rate, while foreign-born white women with 10 years or more of residency had a 9.9 percent rate. For those living in the country less than 10 years, the rate was 8.7 percent.

“Immigrants come here to seek a better life, but what we are seeing is unhealthy acculturation and assimilation,” said study co-author Garima Sharma of the Johns Hopkins University School of Medicine.

The frequency of chronic and gestational diabetes among black and white women did not differ significantly when residency was considered. Hispanic foreign-born women with at least 10 years of U.S. residency showed a higher likelihood of chronic diabetes (4.7 percent vs 1.5 percent) and gestational diabetes (12.2 percent vs 4.6 percent) when compared with those who had less than 10 years of U.S. residency.

“Some women come here healthier, and they get unhealthier over time, probably by adopting habits of the dominant culture that increase poor health outcomes,” said Sharma, who noted that the study did not consider whether systemic racism played a role.

“Black women who were born outside the U.S. but immigrated to the country recently may be somewhat protected from the effects of discrimination because they tend to settle in immigrant-concentrated residential areas with increased social support.”

While black women were said to be at a higher risk of preeclampsia, Sharma said that health providers should “move beyond putting all the implications on a particular race without accounting for why that is,” noting that foreign-born black women are less prone to preeclampsia until they have lived in the United States for some time.

Most U.S.-born black women in the study were younger, unmarried and less educated than the black immigrants. Systemic racism, racial segregation and discrimination, Sharma said, may have contributed to poor health for U.S.-born black women and heightened risk for preeclampsia. Lack of access to and poor-quality healthcare, especially for the poor, are also factors, Sharma said.